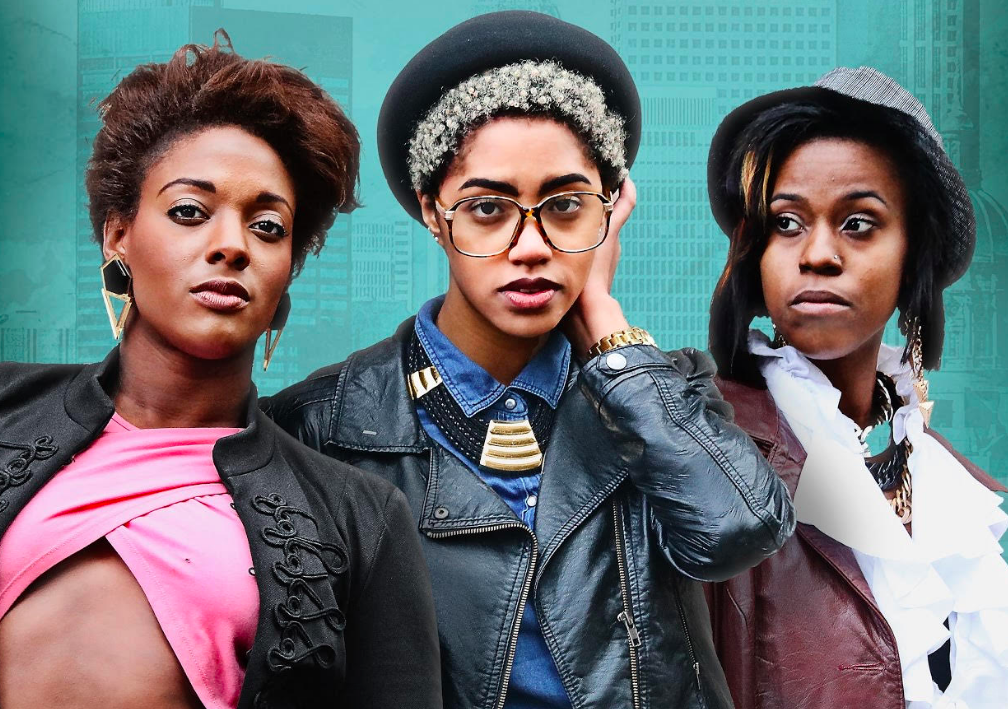 From heartache, to heart warmth, to an original song that will live rent free in your head for the rest of time (“The Best of Me”), La Vie Magnifique de Charlie (a.k.a. The Charlie Movie) is an indie film that will bring you the carefree joy and permission for tears you’re looking for in a movie. You can watch it on kweliTV and later in 2021 on more streaming platforms.

After the loss of her sister Brandy (Ashley S. Evans) to sickle cell, Charlie (Kortnee Price) isn’t too honest about her need to grieve and her need to navigate panic attacks related to her sister’s death. After finding a note from Brandy, Charlie and her friends Keturah (Nikki LaShae) and Kayla (Lailaa Brookings) embark on a humorous and tear-jerking journey in Atlanta through intergenerational trauma, sadness, and emotional growth.

Formatting the film as a scavenger hunt based on the scavenger hunts Charlie and Brandy did as kids truly ties the whole story together. It is what helps maintain momentum even as the hunt comes to an end. The audience will definitely treasure that along with Charlie and take it with them or would want to watch the movie another time just to experience it all again. Charlie even finds a club that Brandy used to go to that they never talked about while she was still alive. Although Charlie is confused and maybe slightly hurt, the club owner (the smooth and classy Laura Poindexter) explains, “Sometimes people need their own space just for them. She’s ready to share it with you now.”

Characters that stood out to me the most are Keturah for her humor and how she finds joy in her line of work as an online sex educator through her account Panda Kitty and Brandy’s mother Brenda (Nicole Douglas). When you first see Brenda’s interactions with Brandy and Charlie as children (Priah Nicole Ferguson and Kai Turé), you primarily believe she has ill intentions because of how Charlie is the first child of her husband (Manson Thomas) from another woman, Sole (Ashley John). But the viewer can see how it was difficult to be both a pastor’s wife and a motherly figure to Brandy and Charlie, too. It’s truly fantastic that the focus is maintained on Charlie’s relationships with her sister and her friends, not her father and stepmother.

Another aspect of the film that is worth pointing out is the theme of mental health. Growing up, Sole was an absent and depressed mother because of the loss of her relationship with Charlie’s father. Ashley John’s performance as Sole is simultaneously mellow and haunting; she does it beautifully. Through the scavenger hunt Brandy created for Charlie, she tells Charlie that although her mother couldn’t start “really living,” that didn’t mean that she can’t. She tells her that looking into herself instead of other people will allow her to absorb the love she deserves; after all, as the song goes, “Loving me is loving you / When you love yourself you love me, too.”

I do believe the movie exemplified something that Black films still have to be aware of: colorism. Although the children who play Charlie and Brandy have the same skin tone, the adult Brandy has darker skin than the adult Charlie. Charlie is also the lightest amongst her friends and is much lighter than her mother. It makes me uncomfortable that as we obtain more Black representation, the lead has a tendency to be cast as light skinned. Whether this was intentional casting or not, Black filmmakers, please look out for that.

My favorite aspect of the entire production of this movie is how the cast very much mirrors the production. This was a film written, developed, and produced by Black people for Black people. It also took inspiration from Spike Lee, Madonna, Prince, and the French film Amelie. The narration and the aesthetic of the film is gorgeous on top of having such enriching themes throughout. The director and co-writer of La Vie Magnifique de Charlie, Bobby Huntley, is in the process of making his short film Louisiana 1961 into a full-length project that I absolutely cannot wait to see. (Especially if I can see Ashley John do incredible acting again.) You can find more of Bobby Huntley’s projects here.

The authenticity of this film consumes viewers which makes its heart shine through. It is also a beautiful film to watch with the loved ones you consider family. Treat yourself and love yourself by watching it on kweliTV!