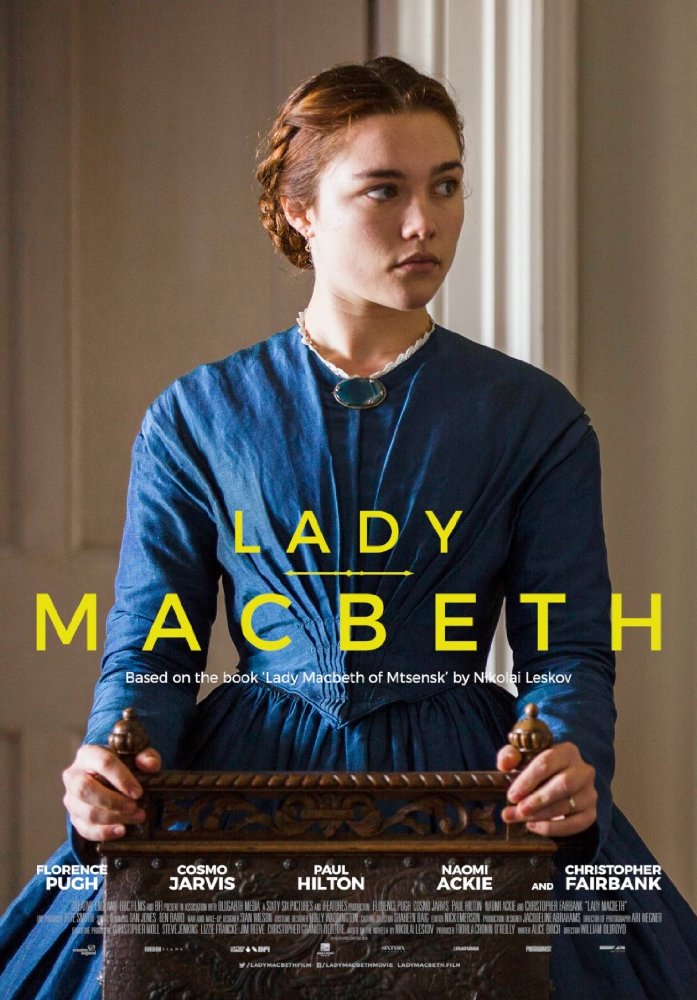 Lady MacBeth is the theatrical adaptation of the 1865 Russian novella of the same name written by Nikolai Leskov.

It is the story of a young woman named Katherine (Florence Pugh) forced into a loveless marriage to a man twice her age.  One day, during her husband’s extended absence, Katherine comes upon a young field hand Sebastian (Cosmo Jones), she ignores him, but as she walks away, a small, coy smile begins to form, inevitably they begin a torrid affair.

Lady MacBeth is a story of lust, obsession, and murder, all taking place under the watchful eye of the maid played by Naomi Ackie. As suspicion begins to rise over her husband’s apparent disappearance, Katherine and her lover plot to hold onto what they have claimed as theirs.