All photos courtesy of Lucasfilm, Disney

Day One of Star Wars Celebration was all about history and remembrance; including a touching tribute to Carrie Fisher, and appearances by every iconic character and creator from the original franchise. Names like Ford, Hamill, Kennedy, Davis, Williams, and of course Lucas, made day one of Star Wars Celebration: Orlando 2017 (SWCO), the day to celebrate the 40-year history of the franchise. Quite appropriately day two of SWCO is about where we are going. With panels about future Star Wars Heroines and the story crafting of Lucasfilm, today kicked off with possibly the best moment any Star Wars Fan could ask for. The first bill of the day, a live panel with the cast of Star Wars: The Last Jedi, gave us so much. Summarily to early The Force Awakens (TFA) footage, every question answered today precipitated five new ones for us to ponder. 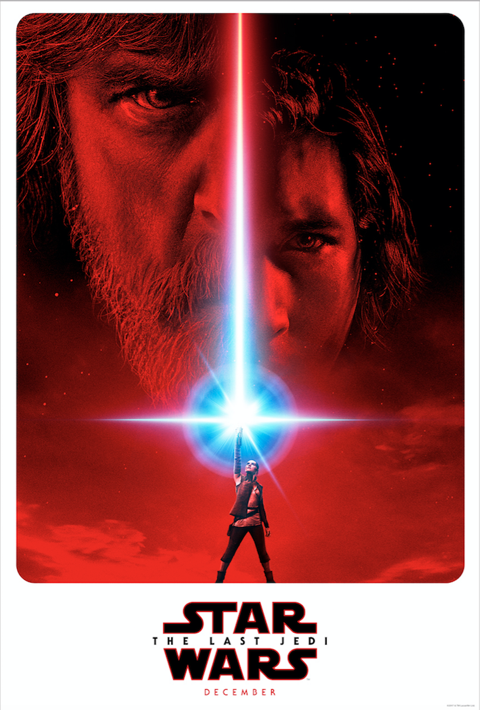 Live streamed around the world, the event today had humor – moderator Josh Gad grilling a nonplussed Daisy Ridley for episode 8 secrets, information – graphics from the new poster reveal that the ‘Jedi’ in The Last Jedi (TLJ) is indeed plural, and intrigue – to put it simply Luke is in a sunken place. Every entrance brought the crowd to their feet, and panelists Daisy Ridley, Kathleen Kennedy, Rian Johnson, and John Boyega looked visibly ecstatic to be in the room full of die hard Star Wars Fans. Most fans, in addition to purchasing a badge, slept in line overnight just to guarantee a spot at The Last Jedi panel. Rian Johnson rewarded overnight diehards with a surprise appearance. He spent 4 hours milling with the crowd last night, taking selfies, and chatting with fans. The highlight of today for me personally was confirmation that actress Kelly Marie Tran would have a significant role in the film, making her the first Non-white female to get a significant part in the franchise. 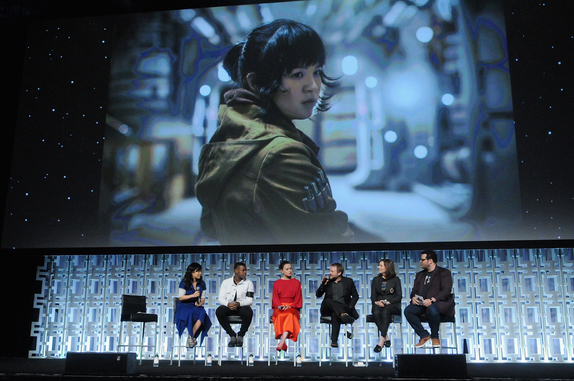 Star Wars still has a long way to go regarding women of color’s inclusion in the franchise, but seeing her on stage today made me instantly emotional. Now if we could only get a Han Solo promo image with a visible Thandie Newton, perhaps I could maintain those happy thoughts past an hour-long panel. But for one glorious hour, I was in Star Wars heaven. The culmination of which was the first viewing of the new teaser trailer. Just keeping it real, that’s what we all came to see. And as Disney tends to do, after they take you on a rollercoaster of emotions they don’t stop there. They come back, right at the end, while you are still reeling and say, “Wait there’s more.” There were numerous touch the pearls, feel the feels, and WTF moments from today’s trailer. I sincerely hope that we don’t have an ‘in-the-trailer-but-not-in-film’ situation like we did with Rogue One, but here are my top 5 moments from The Last Jedi Trailer:

5) StormPilot/Emo Kylo – We got a glimpse of two fave baes from TFA; resistance pilot Poe Dameron (Issacs) and former Stormtrooper FN-2187 aka Finn (Boyega), followed by a baleful gaze from Luke and Leia’s patricidal son, Kylo. The Darth Vader fanboy Kylo Ren eyes the camera while holding his homemade lightsaber in his only clip in the trailer. Then we see Finn laying down with eyes closed, in what appears so be a recovery pod. Finally, we see Poe under attack. His X-wing blows up as he runs towards it with BB8 in tow – possibly a retaliation attack from the First Order. It looks like all three of these characters will not be in this film as much as they were in TFA. The poster suggests Rey and Luke are The Last Jedi and if Luke’s dialogue from the trailer is any indication, this might not be a bad thing. (More on that later)

4) He Speaks – The biggest moment of non-dialogue in Star Wars history was the ending of The Force Awakens when Rey hands Luke his lightsaber and he gives her a look pregnant with emotions – like pregnant with triplets of emotions. It looks like Hamill will finally speak in The Last Jedi. In his trailer voice-over, he looks to be training or perhaps schooling Rey. ‘Breathe, Just Breathe. Now reach out. What do you see?” His dialogue runs over a shot of Rey using the force to move rocks. It looks like whether he wants to or not, Luke will show Rey how to use her power. I am not sure if he is showing her for the ultimate goal she expected, but let the speculation begin.

3) Rey Training – We don’t get solid confirmation of Rey’s ‘training’ but later on we see her killing it with a light saber perched on the cliff as Luke, several paces away looks on. Some might say that this is Luke training her scene, but I think perhaps she is showing him she’s got the goods. This strikes me as a “Notice me senpai scene!” more than anything. 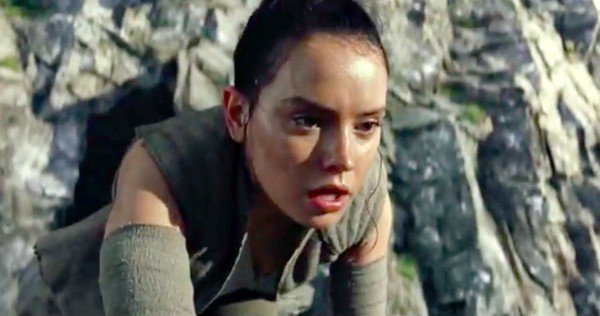 2) She Speaks – ‘Light and Darkness. The Balance.’ Rey’s voiceover on what she sees is very revealing if you’ve read the Star Wars expanded universe SWEU. In the SWEU the balance is a driving force of narrative. To keep this spoiler free for the books lemme say first, it would be a good idea to read up those now. Second, note that as much we all want to say The Dark side is evil and must never take over, the same can be said for The Light side of The Force. Force mythology has much more information about both sides and how balance is the only way they can all survive.

1) The Jedi Must End. Yea, I couldn’t believe it when I heard it either. The desperation for balance and dissolution with ‘The Light’ is what I think has lead Luke to utter the line that has all of us gasping. There was an audible gasp from the crowd when Luke said “There is one truth I know, the Jedi must end.” I like to think the Jedi as we know them now must end. If in his exile he learns that what he has worshiped, studied and failed at is incomplete half of the coin, what else can he say? If he has learned, as he hints at in his reply to Rey’s ‘balance’ quote ‘It’s so much bigger,’ what will he do? That to me is the crux of what we will learn in TLJ. Some people don’t like when things go dark I am more than down for it. We have eight long months before we can see the finished film in theaters so you can shoot down my silly theories if you want but what the hell else are we gonna talk about until the next trailer drops. 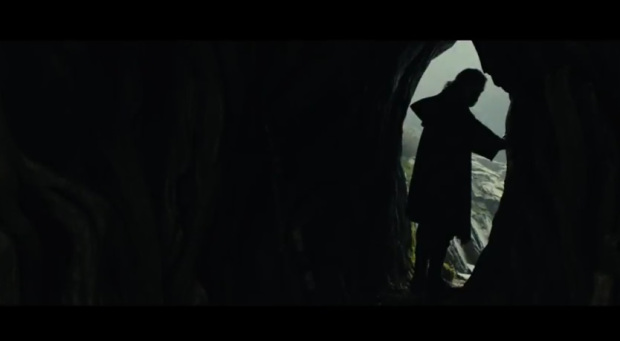