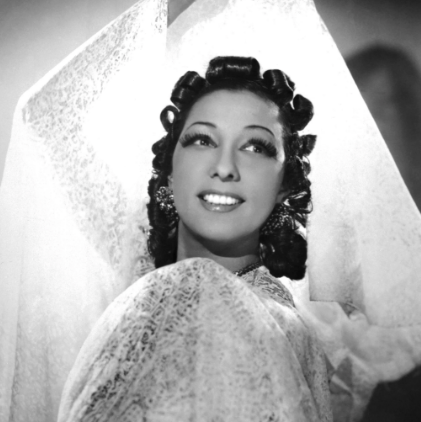 According to an exclusive report from Variety, Studiocanal, the leading European production, distribution and international sales powerhouse, is teaming with France’s CPB Films (Savages) and Leyland Films (Murder in Provence) to develop a high-end English-language drama series about the trailblazing African American entertainer and civil rights activist Josephine Baker, whom the partners describe as the world’s first Black global star performer.

The venture comes with the approval and full support of Baker’s family, said Jean-Claude Bouillon Baker, one of Baker’s foster children who wrote a book about his mother. Bouillon-Baker is also consulting on the series.

Josephine Baker was known as a fantastic, show-stopping dancer before becoming an all-round on-stage sensation. Her early career highlighted her talent for moving to music and she became famous for headlining prestigious Parisian venues. Josephine’s infamously risqué (and now contentious) costume of a short banana skirt, low hung beads, and little else was first debuted in one of these early shows. The look eventually became an iconic image of the 1920s Jazz Age.

After the assassination of Martin Luther King Jr., Josephine was even asked to become the unofficial leader by Coretta King Scott. However, fearing for the safety of her children, she felt she had to turn down the opportunity. She’d already helped save her family from the threat of Nazi infantry in Paris and didn’t feel ready to face the risk such a high and exposed position would bring. Yet, she continued to fight for equality until the day she died in 1975.

The project is currently out to different screenwriters for them to present a vision for the series that Cherqui and Vignac promise will be “an ambitious and creatively inspiring TV series” and “not too much of a classic biopic.” “Once we have a writer or showrunner who brings something bold and original to the table, which also matches our ideas and research, we will be able to see how we get the series developed,” Guyonnet added.

Negotiations are currently underway on the project.