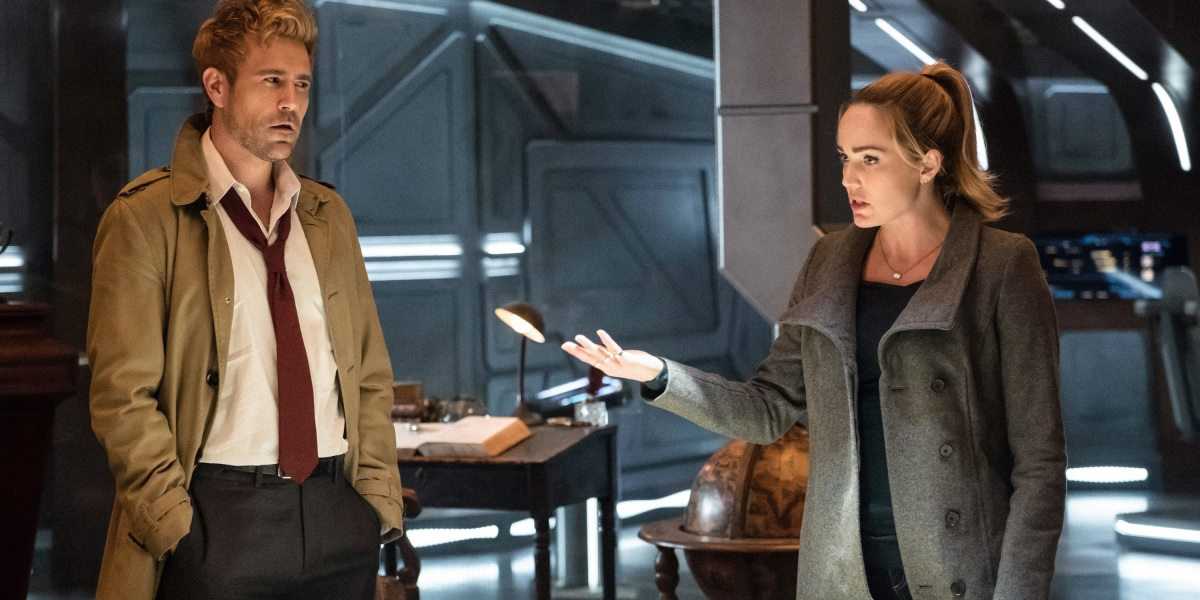 This episode of Legends of Tomorrow returned from the winter break with a treat of a guest star, Constantine (Matt Ryan) from the Hellblazer comic series. His appearance was an important turn of events for the Legends as the show continued an arc that began in episode 3×5 when Darhk and his daughter Eleanor in 1879 London. Darhk wasn’t alone. He comes aided by a malevolent power we find is a demon named Mallus. In this episode, however, the Legends must go back in time to try and stop the demon before it becomes the powerful being Darhk wields. They end up in a present-day mental health facility where Mallus is threatening to possess a girl (who they later identify as Nora Darhk). The ultimate goal of this mission is to stop Damien Darhk from getting control of this power.

There are a lot of moving parts to this episode. Aside from the main mission, we see Kuasa and Maya going head to head, while Sara has a rendezvous and crush. Then, there’s the whole “Who is Constantine?” question that many of the viewers outside the DCU may have. Here are 9 things to consider after watching the episode (and before you watch again).

Legends of Tomorrow is off to a great start toward their season’s end. I just wish we had more of a backstory on Mallus as well as the promise of more Constantine. I am sure that we will find out more about this Mallus thing real soon.