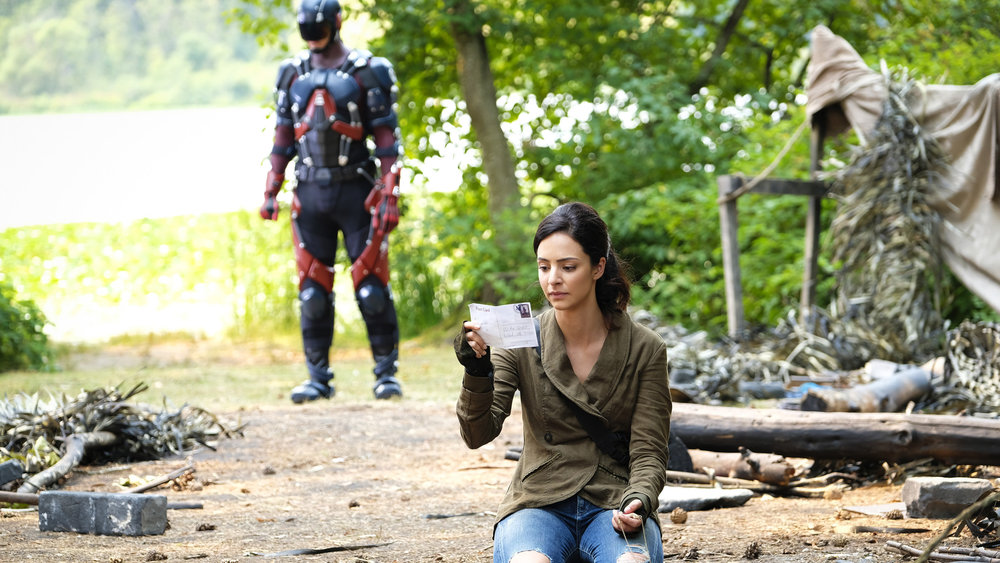 Legends of Tomorrow is finally focusing on women of color… and it’s about damn time, too. With the introduction of Kuasa and now Zari, the story is taking a turn into the Vixen story world, guaranteeing a WOC heavy storyline that hopefully lasts until the winter break. Give us that much, Legends showrunners.

Before we go any further, let’s dive into the episode.

The Legends of Tomorrow team intercept a distress call from our favorite paper-pusher, Gary from the Time Bureau. Gary had just witnessed Kuasa materialize from to hijack an armored truck. Inside was another woman in shackles, locked up like she was a danger to the damn planet or something. The woman gets away, and we never figure out for sure what she wants with the girl. Gary has somehow seen it all and is reporting back to get help.

We all know that call was NOT meant to go to the Sarah in the Waverider. I think Gary is truly scared of Sarah, and he just gets on her last nerve every time. Some kind of divine intervention must have tangled up this call. We’ll see why in a bit.

The Legends get on the scene to find clues, that lead them to the girl. They also stumble upon what Rory’s “spidey senses” say is a Marshall Law. Of course, evidence of ARGUS control isn’t far behind that. Sarah tells the team to be cautious. She is more concerned about ARGUS than time ripples on this trip. 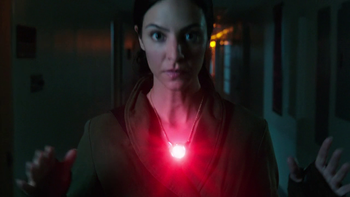 They soon find Zari, who tells them a bit about herself while setting them up for and ARGUS ambush. She leaves, but the team is surrounded. Sarah gives the stand down command, much to Rory’s dismay, only to signal him and Ray to cut loose on the agents when they least expect it. The team figures out in this short time that the Metahuman Act of 2021 has made any person with powers wanted by ARGUS. The now-ultra conservative government has also outlawed the Muslim religion, and Zari is a Muslim woman of color. They go looking for her again but must keep a low profile with all these new issues in mind.

The “B” side of this episode is crucial. Amaya is searching for the answer to her loss of control of her own totems. The professor suggests using scientific means and is quite giddy over the prospect. Nate is hanging around them like a play cousin who insists on coming over, but no one really wants him there. Later, the professor and Amaya decide to simulate a hallucinogen that will allow her to get in touch with the spirits of her ancestors. There, she can hopefully find answers. For some reason, Nate takes the potion too. I think he was supposed to be a control or something, but I seriously don’t think anybody really thought about what a drug would do to the white guy with no spiritual connections to anything outside of a bound set of pages.

Meanwhile, Rory, Ray, Sarah, and Jax help Zari break her brother out of jail.Oh yeah, they find her again in a bar trying to hire muscle to help with a family jailbreak. She returns to the ship with the team and tells them the story of how her family was persecuted for their religion. Her brother had this special totem and was locked away with it. She needed to get him and the piece out in order to help her family. Despite Gary’s protest, they decide to help. The Legends can never let the downtrodden face oppression alone. Turns out, Zari was playing them. Her brother was dead already. She only wanted to break into the jail to get the totem.

Meanwhile, Amaya sees the embodiment of her ancestors in an old black woman who wisely tells her about her problem and foreshadows that future a bit. She tells Amaya that she can’t stop a natural process from happening and that the additional power is given to help her face her enemies that are coming up in the future. The woman also tells her to find the “heir” and protect her. Here, I had to pause and wonder if it was Zari. I also think that this is what sends Gary’s call to protect Zari to Sarah instead of the Time Bureau. Amaya comes out of her trance and is ready to go. She later decides to remain on the Waverider because of the words of her ancestor. She also thinks that her totem and Zari’s are connected.

Season Spoiler** [If you are well-versed in the Vixen stories, you know that there are five totems: earth, fire, water, spirit, and air. Kuasa has the water, Amaya has spirit, and Zari has air power. There’s more, a lot more, but I won’t spoil it all for you until I know which direction CW plans to go in for the show.]

Ray takes Zari back to a safe place that turns out to be infiltrated by ARGUS. Her family is gone, and her sanctuary destroyed. That’s when we learn of Zari’s true history. She is really not a bad woman, just someone fighting for her survival for far too long. The two of them are ambushed once again by ARGUS. The Time Bureau has caught up with Sarah and the crew, but it’s a bad time. She fakes compliance once again but dips out to go save Ray and Zari.

And here we have the scene I love most in the show. Kuasa materializes from bubbling spring of water and tries to capture Zari. Zari makes a tornado as her fight move, proving that her totem is an air manipulator. Kuasa gets her out of the way, and then battles the refreshed Amaya, who stomps the water witch! Amaya tells her to stay down. Kuasa brings out a stone with symbols etched into it, makes one last snark, and disappears.

The team embraces Zari for now. And, so do we as fans. Look, I know some of you out there are not understanding what the big deal is about having the three women with totems on the show. Well, it’s not for you, I guess. The rest of us have been waiting for a CW storyline that focuses on its characters of color. The Flash gave us an appetizer, could Legends of Tomorrow be serving up the main course—a half season, or the whole one, dedicated to WOC superheroes? I am all for that, even if I have to sacrifice my beloved Amaya-Nate love story.

If it comes to such a thing, so be it. Please CW. Let this be the season of the Vixen women!