The impact of The Lego Ninjago Movie is beyond what I had imagined. Legos have been the inspiration for two blockbuster films and an array of television series and smaller movies, but the ongoing, creative dedication of directors Charlie Bean, Paul Fisher, Bob Logan, and producers Dan Lin (The Lego Movie) and Chris McKay (Lego Batman Movie), has made this  the best Lego movie ever. It’s colorful, enchanting, and heartfelt. Amazing! I laughed. I nearly cried. And it hit home in just the right spot.

The Lego Ninjago Movie takes place in the city of Ninjago where the shark loving Lord Garmadon (Justin Theroux), also known as The Worst Guy Ever, is constantly trying to take over. A team of young ninjas are tasked with protecting their home. Led by Master Wu (Jackie Chan), the six ninja warriors must come together to find their inner power of Spinjitzu if they are to beat Lord Garmadon. Leading the pack is Lloyd, (Dave Franco), who just happens to be the son of Garmadon. An epic showdown ensues matching father against son.

Lloyd has always been hated by his fellow Ninjago residents because he is the son of Lord Garmadon and Garmadon “ruins everything.” But, little do the people know that Lloyd is the legendary Green Ninja and Master Builder.

Although his mom KoKo (Olivia Munn) is devoted to him, Lloyd still wants his father in his life. With the help of his ninja friends, Lloyd embarks on an adventure to not only save Ninjago but also his relationship with Garmadon. 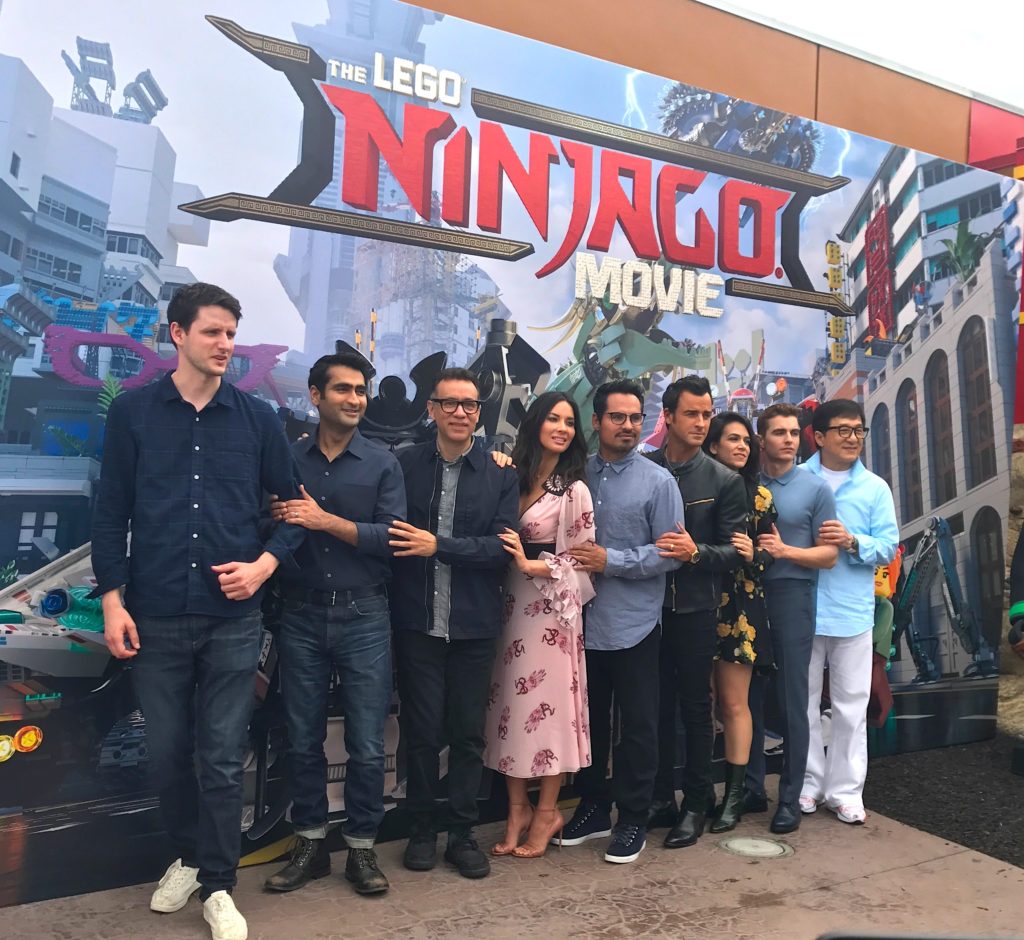 From the moment we are introduced to the city of Ninjago, we can see how much time and love went into the film making process. Everyone seems to know what Legos are all about. The Lego Ninjago Movie took us into a land where Lego toys are mixed with real-life elements. The water is real. The fire is real. The foliage is real. It’s bright and gorgeous to see on the big screen. It’s truly impressive. I am awed by the filmmakers’ ability to create something new each time in the Lego universe. Although I didn’t see it in 3-D, I imagine it would look even more amazing and thus warrants a second viewing for me.

The only downside to the film is that some of the bigger action sequences can be a bit hard to follow. It’s entertaining but there’s so much going. There are Lego pieces, sharks, dragons, and ninjas flying everywhere. For an adult, it can be a bit jarring. Of course, kids will love it. With themes that touch on bullying, family, self-confidence, and friendship, this film has everything for kids and adults alike. Families can bond over the jokes and fun learning experiences. 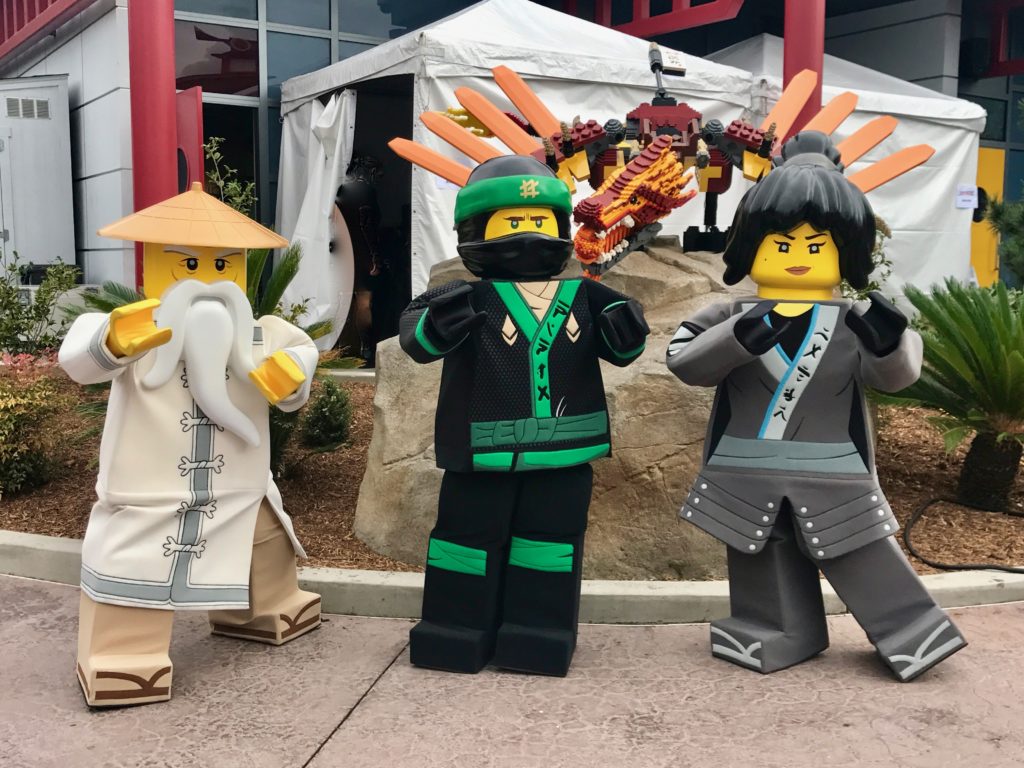 The cast is amazing. Their voices are perfect and the comedy is delivered just right. The actors each bring their individual personalities to their character, making for a great time. Jackie Chan is the perfect Master Wu. It reminds me of the good old days of watching Jackie Chan Adventures on TV. Dave Franco as Lloyd, the Green Ninja, is fantastic. He finds a way to embody everything Lloyd is. He has the awkwardness down, the emotional angst over his father, the go with the flow attitude, and the leadership. Although Franco had a tiny role in The Lego Movie, he is new to voicing the main character that carries the film, but he nails it. Justin Theroux pulls out his best evil villain voice to create a fun bad guy whom you don’t want to win, but at the same time don’t want to see destroyed.

Other characters in the Ninjago world include Fred Armisen voicing Cole, the music-loving Earth Ninja, Kumail Nanjiani playing up his comedy roots as the overly cautious Jay, the Lightning Ninja; Michael Pena is the protective big brother Kai, the Fire Ninja; Abbi Jacobson portrays the confident lady of the group Nya, the Water Ninja; and Zack Woods is the part boy part-robot Ice Ninja, Zane. 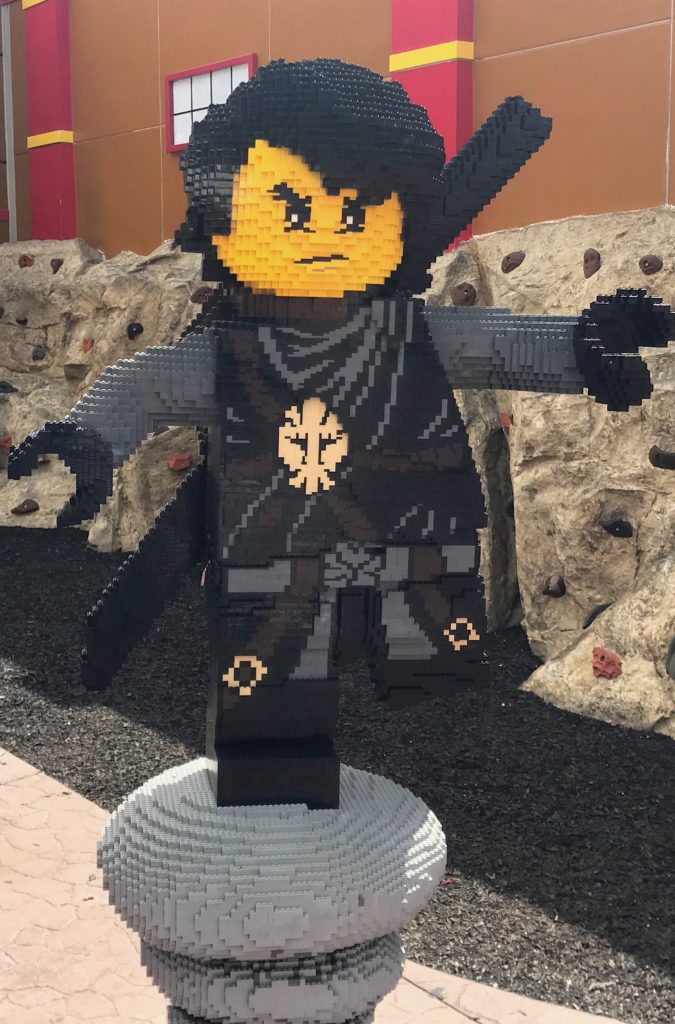 The cast is sound. The story is amazing. And the reign of awesomeness continues in the Lego Universe. The Lego Ninjago Movie is in theaters today, September 22, 2017