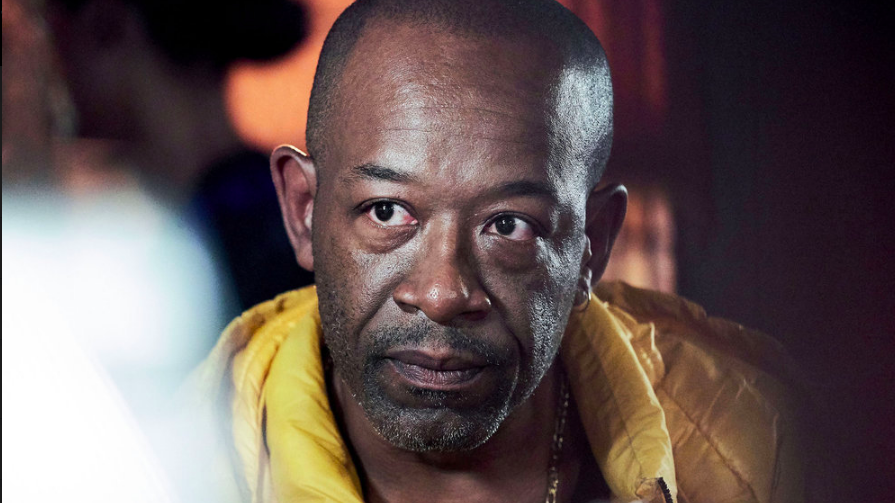 Lennie James. You can fan-girl/boy him because you really can’t take your eye off him if he’s in a scene. He devours scenes. He is the character in many of his memorable roles, especially the hard-driven but sometimes redeemable Morgan on The Walking Dead and later, Fear the Walking Dead.

His portrayal of the cock-sure police detective Tony Gates, with demons and multiple secrets in the first season of In the Line of Duty, will keep you wondering what’s next. He landed on the mid-2000s series Jericho as a deep-cover CIA agent claiming to be anything but, and you couldn’t look away.

Now, he’s starring in Save Me. The show focuses on a man long estranged from his teenage daughter who finds out she is missing. James created, wrote, and executive produced it for Sky Studios, for import to NBCUniversal Global’s Peacock TV streamer.  BGN had a quick morning convo with the actor about this and so much else.

So what is the main focus in Season 2?

Is this the story of a missing child or more a story about the relationships of a man lost and his friends’ lives?

For me, outside of being a thriller, the main focus of it was the story of redemption, the story of man learning what it takes to be a good father to a child he may never meet.

You’ve got creator credit. How different is that for you on a UK show than, say a Shonda Rhimes show in the US?

Save Me is my only example in a TV series, so I can only speak to that. It was a learning process, particularly the first time around. It was about realizing the battles. It’s about navigating when your influence is of most use.

It’s not necessarily about being completely an auteur and having everything done in your own image. It is about saying what is the best thing to say to the set designers, to the costume designers, the makeup designers, to the camera people; each different department that helps them do their best work, and it is a little bit more than just writing the scripts and handing them over.

What I learned is that what is the different things I need to say to different people so that they are engaged in the journey and want to create the best way they can, and then, carve out space where I can just be the actor on the set and I’m not doing two things at the same time.

You’ve had some good roles, but most people in American know you as Morgan in Fear the Walking Dead. What was your motivation for playing him?

In all honesty, I was doing another show for AMC. One of the producers on it said, “We’ve just bought the rights to this comic book called The Walking Dead, and there is a character in it that will be really good for you.”

People say that a lot and you go, “That’s great. I hope it comes to fruition.” In this particular case, it came to fruition. It happened. I auditioned. They liked what I did, and I got it.

At the time, I had no great ambition for it other than to do the best job I could in the first episode. I was excited about it because I was working with a friend of mine, Andy Lincoln, and it was my first time in Georgia. I was working with Frank Darabont, who was somebody on my bucket list because Shawshank [Redemption] is one of my favorite films of all time. So that was all the focus that I had, really. They said, “This character comes back in the comic book, so we may bring the character back.” I thought it was very nice of them to say it, but I was an experienced actor and knew to only put so much faith in that assurance. But again, it happened. Over the first five seasons of the show, I did three episodes and then I came back as a regular.

But standing where I am standing now, if you’d told me on the first day of filming the first episode, that I was about to go on the journey I’ve been on, I’d have said you’re completely wrong. You should maybe go lie down in a dark room.

How was it to go back and forth shooting shows in the US and the UK, pre-COVID?

What made you want to act?

I didn’t know I wanted to act until I was doing it to a certain extent. I followed a girl into an audition because I liked the girl. They wouldn’t let me stay in the room unless I auditioned. So I cobbled something together, and I found myself in a world I wanted to be a part of.

It wasn’t until my second year of drama school probably. Something clicked in my head that I wanted to do this properly and I wanted to take advantage of where I was and what I was doing. I wanted to do it for as long as I possibly could.

You’ve got three kids. What do they think of Dad’s work?

They don’t pay a huge amount of attention to it. That is partly by design and partly because they are young women building their own lives. How much attention should they pay? I think sometimes they are my fiercest critics and my cheerleaders.

Save Me and Save Me Too is currently streaming on Peacock.

BGN Interview: Khary Payton is All About the Robots and ‘Teen Titans Go! To the Movies’