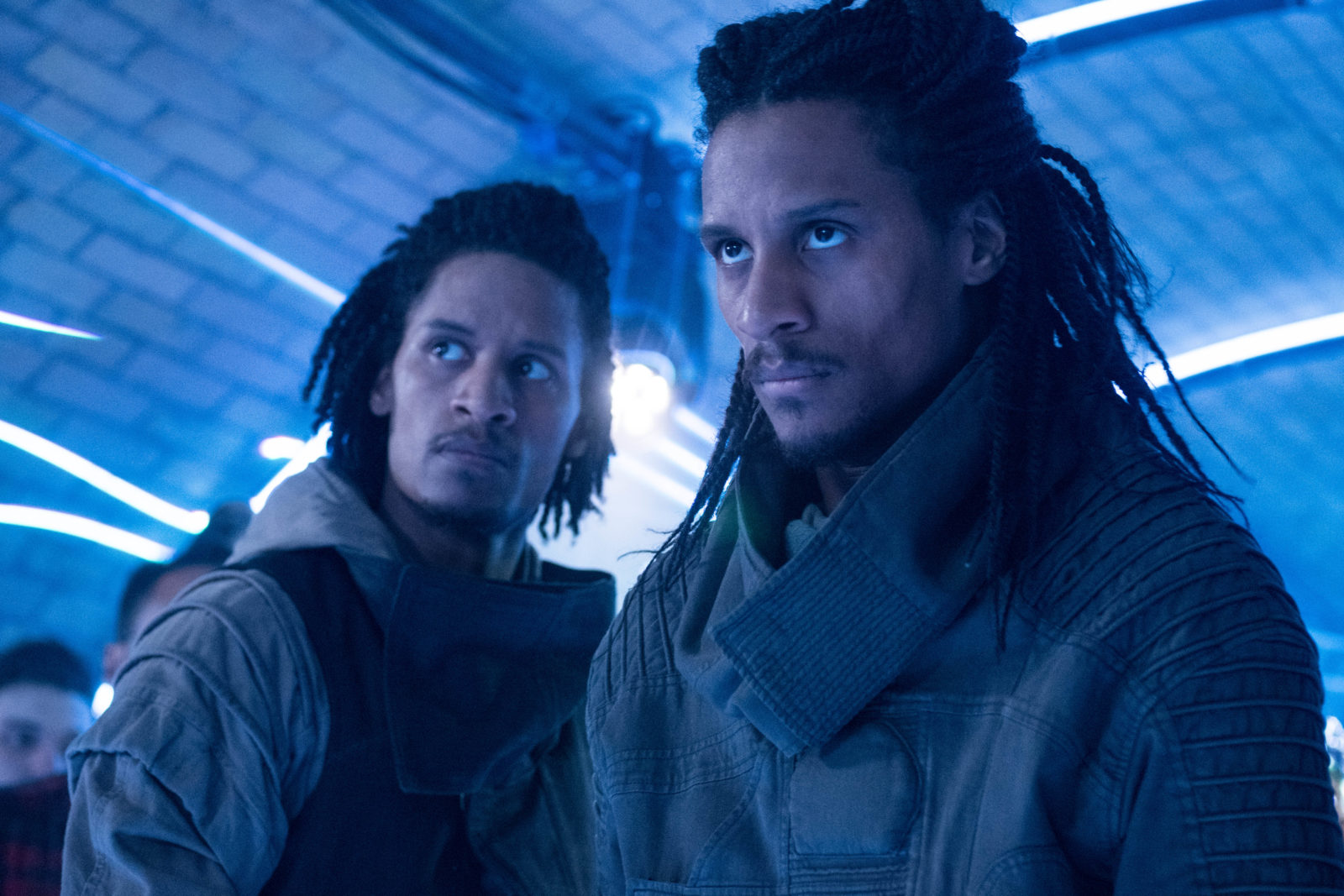 There’s something about talking to people who are really excited about their job. You may know them as Queen Bey’s right (and left) hand dancers, but very soon you can add feature film actors to their resume.

Making their first international feature film debut, the identical twin brothers known as Les Twins, Laurent and Larry Bourgeois, star in the new film Men in Black: International. BGN got a chance to chat with the French dancers about their new role and love of doing their own stunts.

Les Twins hit the big screen as Twin 1 & 2 in the film. Without giving too much away, the Laurent and Larry described their role as just trying to “get shit done”. The boys explained, “There is something happening on our planet, but we escape and we have to get a weapon that will help save our planet. So we come off as the bad guy, but we are kind of the good guys. We kind of look at it like we will kill anybody who stands in the way. No matter what it takes. We just want our home back.”

Fans of the Men In Black franchise, even “before Marvel”, Les Twins have a good friend by the name of Ed G. to thank for the heads up about the role. “He was like a kid,” they explained of Ed’s excitement for the project and of having the dancers in the role. “He inspired me to become a better person, a better performer, and to not give up because people like him believe in us,” said Larry. “He called us for Men in Black and that was like fireworks in my head,” he continued. It’s undoubtedly great to have connections like that, yet Les Twins are as humble as they come. “Oh my god, we never expected to be famous or known for something we don’t deserve to be known for,” said Larry.

As surprised as the guys were at the fact that I had seen the film before them, there was even more excitement over my thoughts on the sci-fi adventure. They are so excited to share this movie with the world. Their favorite scene that they could go on and on about was their first face-to-face battle with the Men in Black. “That scene that we shot in London Street,” said Laurent, “it’s the first time you see our strength and energy. It’s so powerful. It was really good, I’m not gonna lie, even before we started shooting. It was so much fun to just be in it.” The best part of that entire scene for the guys was running on buildings. “We were running on the rooftops of people’s houses. That was so much fun.”

You could hear the excitement in their voice. “People were so afraid because we didn’t want any stunt doubles. We did everything.” Larry explained, “Me and my brother got too close to the end of the roof. They were like, ‘Oh, we can change it’. We were like no, we’re doing it. It was scary but exciting.”

While scaling rooftops was their favorite moment, the first time on set was for a very different scene. The first day on the set was for the epic dance sequence. “It was funny. They said, ‘guys we don’t need you to come on set before you start filming,” Larry stated. “But, we were like a kid. When we saw the stage that had been built, we were on set right away. I said, ‘I know you said not to, but I can’t sit in my hotel room waiting for you’. We wanted to see what it looked like. We wanted to feel the emotion, so we saw it.”

For Les Twins, there is really no difference between working together on set versus in a dance studio or on stage. “Whenever we perform,” says Larry, “ we know that we can make people feel some type of way because we want to share our shows like that. In a movie, we have the chance to show them that.” It’s clear this attitude follows them in all aspects of their lives. “We make sure they show it the way they want to. We try so hard to make sure its good in one shot, usually.” Larry threw in some valuable advice as well. “The thing is to stay focused. Our acting coach worked hard with us to make sure we understood every word. We are very grateful.”

It was such a pleasure getting to talk to these guys. Les Twins are fantastic artists who have a charismatic nature. Their excitement made me excited for you all to see Men in Black: International. Catch Les Twins along with Tessa Thompson and Chris Hemsworth in the latest film to the franchise, on June 14, 2019.

Review: ‘Men In Black: International’ Has a Refreshing Perspective, but Needs Some Tweaking

Interviews With The Cast of ‘Men In Black: International’