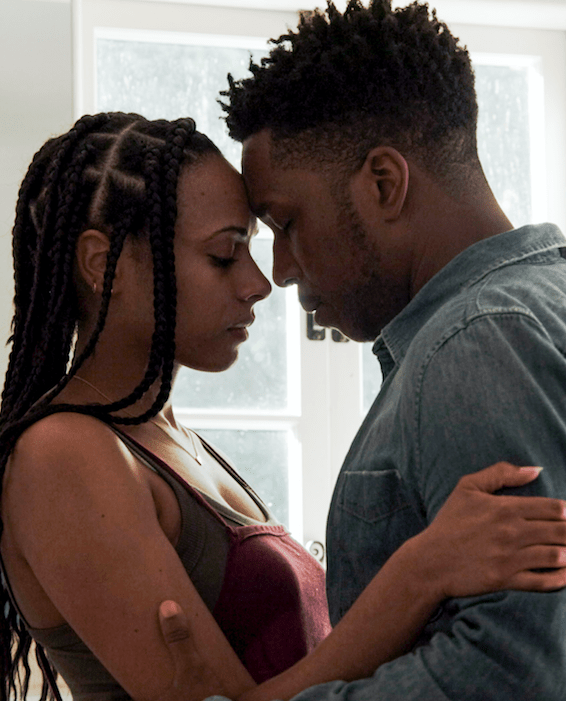 Freeform’s highly anticipated limited series Love in the Time of Corona will premiere as a special two-night limited event, beginning SATURDAY, AUG. 22, at 8 p.m. EST/PST and continuing SUNDAY, AUG. 23, at 8 p.m. EST/PST, the network announced today in the first teaser trailer for the series. The episodes will also be available on Hulu the following day.

Filmed using remote technologies and shot in the cast’s actual homes, this four-part, limited series follows four interwoven stories about the hopeful search for love and connection during this time of quarantine, from the early days of the stay-at-home order through the events that ignited the worldwide Black Lives Matter protests.

James and Sade, a married couple who have been living somewhat separate lives, are forced back under the same roof after the pandemic puts James’ work travel to a halt. With headlines mounting, they begin to reevaluate their family’s priorities. Roommates Oscar and Elle’s mostly platonic friendship becomes increasingly complicated with the uncertainty of the pandemic as they wonder if they can find love under one roof. Paul and Sarah put up a “happy couple” facade for their daughter Sophie’s sake when the pandemic sends her home from college, although unbeknownst to her, they have separated. Nanda, a headstrong woman whose husband is unable to return home from his rehab facility, is determined to celebrate her fiftieth wedding anniversary.

The network also released episodic loglines, which can be found below.

Married couple James and Sade adjust to being together 24/7 in quarantine now that James’ business travel has come to a halt. Nanda spends time, virtually, with her husband, who is in a nursing home. Roommates Oscar and Elle decide to break out of their codependence and try online dating. Meanwhile, Sophie returns home from her freshman year of college to spend quarantine with her parents, who unbeknownst to her have decided to separate.

James reacts to the video of the Ahmaud Arbery shooting. Nanda reconnects with her estranged son, who has returned home to live in her guest house after losing his job. When Elle decides she can’t take a backseat to Oscar’s budding romance, she finally tells Oscar how she truly feels. Paul and Sarah try to cheer up Sophie after a breakup.

Oscar feels a fracture in his friendship with Elle as she gets to know their downstairs neighbor Adam. Sarah and Sophie both find out a secret Paul has been keeping. Nanda attempts to repair her son’s relationship with his father. Tensions continue to run high as James and Sade struggle to get on the same page about their family’s future.

James and Sade reflect on raising a Black child in the current climate in America. Paul recruits Sophie to help him throw a romantic evening. Elle and Oscar navigate their new relationship.