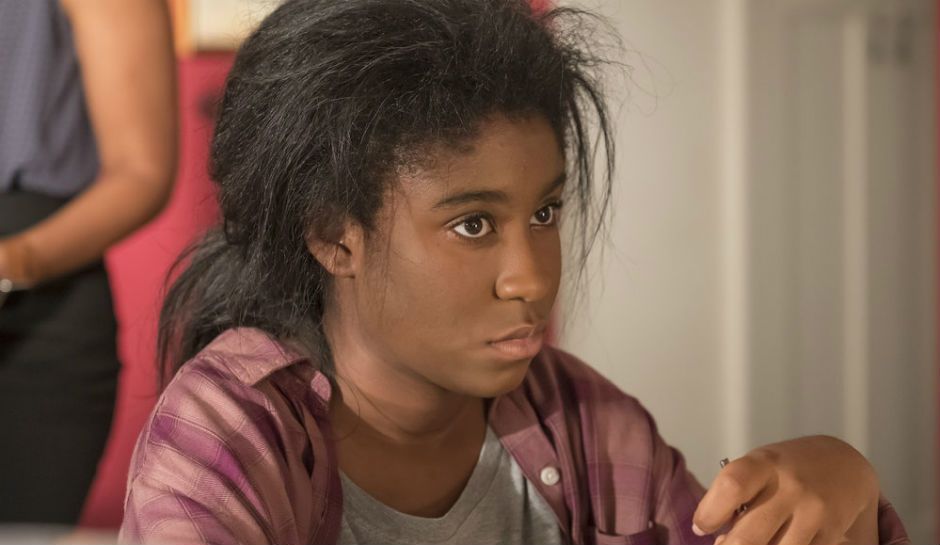 On a scale of one to all the tissues, you’ll probably need about three thick name brand tissues to get through this week’s episode of This is Us.  This week, the Big Three deal with addiction, pregnancy, brotherhood and saying goodbye.

In flashback, Jack takes prepubescent Randall and Kevin on a camping trip.  Meanwhile, Rebecca and Kate plan to have girl time. Both plans are thwarted, however, when Kevin and Randall can’t seem to get along and Rebecca learns Jack’s estranged father has been hospitalized and his death is imminent.  Since this is pre-cell phone, Rebecca does everything short of skywriting to get a message to Jack and the kids at the campsite.  When she is unable to reach him, she and Kate go to visit Papa Pearson, meeting him for the first time. When Rebecca finally reaches him, Jack decides not to cut his trip short because his father died to him a long time ago.  Rebecca respects his choice and tells him, “You are a miracle” explaining he is an amazing husband, father, and provider despite having a horrible example.  Before leaving the hospital, Rebecca tells her father-in-law, “You think you screwed him up, but you only made him stronger.” Rebecca told that defenseless dying man about himself and defended her man. She is such a thug… or really compassionate, depending on how you look at it. Either way, she is really dope.

The decision to stay on the trip also proved worthwhile for Randall and Kevin. After repeatedly scolding Kevin for his treatment of Randall, Jack exiles Kevin to the camping tent to think about his behavior. While in exile, Kevin discovers Randall has made a list of ways the two of them can get along. Kevin decides to treat Randall like a human being and the trip ends with the three laughing beneath the stars.  When Jack returns home (after an awesome throwback slip and slide montage with the Big Three), it is revealed Jack had a younger brother who served in the military with him.  This explains Jack’s insistence on making sure his sons get along and also explains why this week’s episode was titled “Brothers.” It would be easy to assume Jack’s brother died but since there has been no mention of his brother until this point, I wouldn’t be surprised if he is somewhere just waiting to reemerge.

In the present day, Randall takes Deja with him to a hospital gala hosted by Kevin’s ex-wife and current girlfriend, Sophie.  Beth (in her infinite wisdom — she is pretty much always right) notices Deja has a crush on Kevin and predicts she may not be ready to go out in such a public way.  Ever well-intentioned, Randall insists and he and Deja get all gussied up to head out.  Randall is at peak adorable as he attempts (and inevitably fumbles) to endear himself to Deja.  While watching Deja try cocktail shrimp, Randall grabs her to stop her from eating the tail (which isn’t as big of an emergency as his reaction suggests).  Deja jumps in fear and goes to the bathroom. She later confides in Randall that the boyfriend of her last foster mother used to beat her with magazines so Randall can’t grab her.  Something about the way Randall’s face broke when she told this heartbreaking secret activated my tear ducts.  I just wanted to hug her (and him). Despite Randall’s fumble, I couldn’t help but feel like the trip was still a win for Randall and Deja.  She confided in him because she wants to trust him, even if she isn’t there yet.

Fun fact, according to the writers room Twitter account, this is Lyric Ross, who plays Deja’s, first big role. Kudos to her for such an amazing job so far!

Toby and Kate.  Sigh. I. love. them. This week, Kate reveals to Toby that she is eight weeks pregnant.  She shuts Toby and his joy down quickly, however, because she fears the pregnancy won’t be viable due to her age and weight.  After a confrontation from Skinny Madison (the thin woman who has fake problems in Kate’s weight loss group), Kate confesses she is pregnant and feels surprisingly good about it. As a result, she allows Toby to tell a café full of strangers she is pregnant so he can find similar joy. I laughed and cried as he danced around to Hootie and the Blowfish even channeling Flashdance and throwing water on himself (something I have ALWAYS wanted to do).  I really, really want things to work out for these too.

In other news, Kevin disappoints Sophie… again by failing to come to the stage in time to be auctioned off at the hospital gala.  He is also showing early signs of drug and alcohol addiction.  I have to confess, it is really, really hard for me to warm to Kevin.  In the first season, he quit his job in the most narcissistic and egotistical way (upsetting the late Alan Thicke!), is awful to Randal 93% of the time (in present day and flashback), cheated on Lily from the AT&T commercials, and somehow convinced the ex-wife he cheated on to give him a second chance.  His only redeeming quality seems to be his love for Kate and even that can come off self-involved and co-dependent.  While I don’t want him to die a slow death, I kind of want him to get smacked around… literally… by Randall.

Next week, we get a peek at the Big Three in their twenties and finally learn more about Randall’s first nervous breakdown. Just hand me the tissues now.