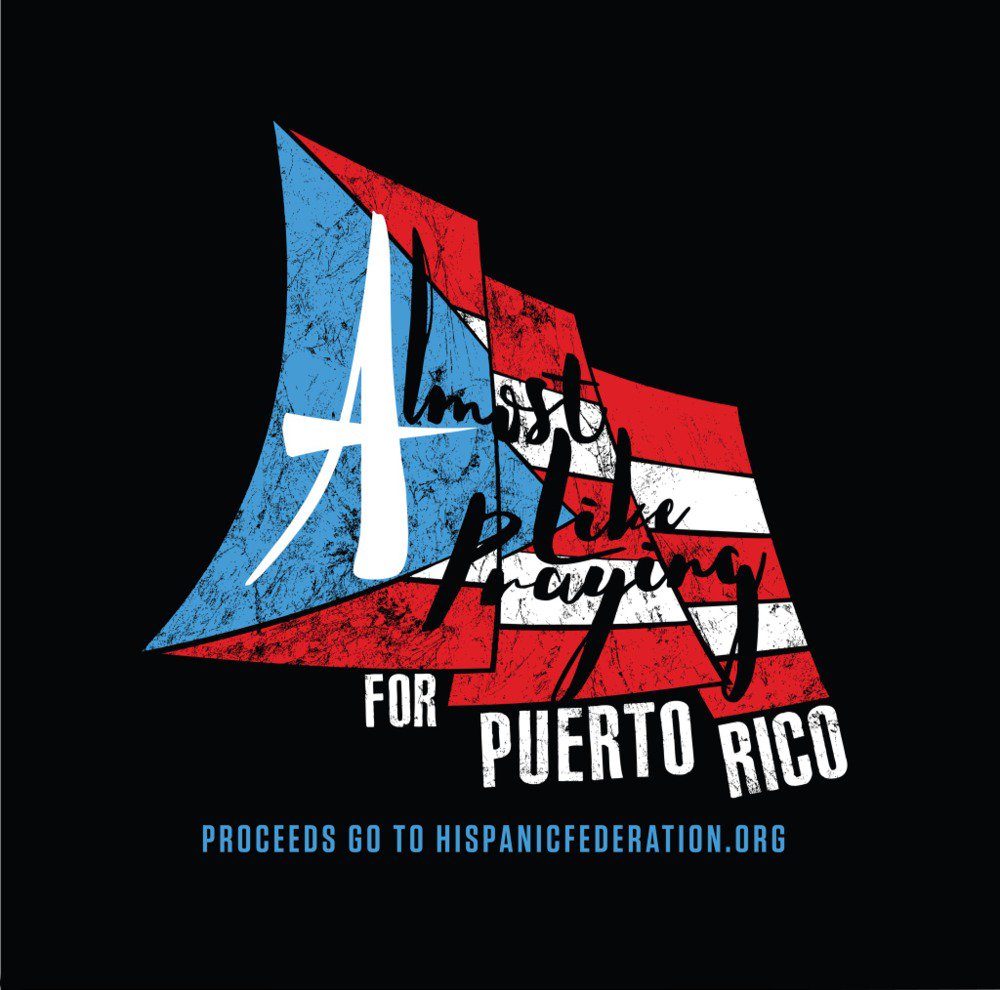 This morning, Lin-Manuel Miranda released a new original song in order to raise money for Puerto Rico hurricane relief efforts. And he didn’t hold back when calling on some of the biggest Latinx stars to lend their voices.

Here’s was @LuisFonsi‘s response to my asking him to be on this song via DM.
We’d never met. He hadn’t heard the song.#AlmostLikePraying ???????? pic.twitter.com/h3nDKEQuf9

The song, “Almost Like Praying” which features stars Jennifer Lopez, Camila Cabello, Gloria Estefan, Fat Joe, Marc Anthony, Luis Fonsi, Rita Moreno and Gina Rodriguez, and many others, is part of a curated playlist by Lin-Manuel himself. Spotify will make a contribution to the Hispanic Federation UNIDOS Disaster Relief Fund on behalf of playlist followers. All you have to do is follow the playlist and show your support for the people of Puerto Rico.

For ???????? from @Lin_Manuel + friends. Listen to #AlmostLikePraying with all proceeds going to the Hispanic Federation https://t.co/wPO3f2b5ka pic.twitter.com/QTYLtC9AAf

The logistics of getting the song recorded included an acapella demo recorded in a bathroom in Austria while he was on vacation, and 72 hours of recording and hitting studios in New York, Los Angeles, and Miami in order to meet with all the stars who agreed to be on the song. Using the classic song “Maria” from “West Side Story”, the song lists all of the 78 towns of Puerto Rico in the lyrics. Miranda was adamant that he did not want these towns to ever feel forgotten again.

Lets take the time to support these and any other hurricane relief efforts for the beloved island of Puerto Rico. Remember, All you have to do is follow the playlist ‘For Puerto Rico Por Puerto Rico’ and a donation will be made for the total tally of followers.