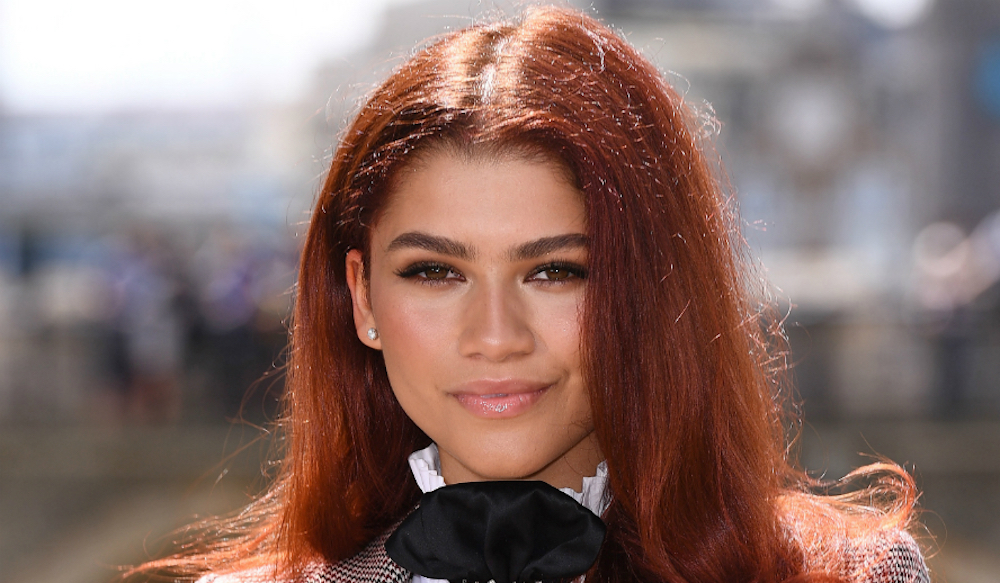 Zendaya might’ve risen to fame on Disney Channel in shows like Shake It Up and KC Undercover, but her career has gone much further than that since then. Some of the biggest movies Zendaya has starred in are part of the Marvel franchise. She played none other than MJ Watson, opposite Tom Holland in the newest Spider-Man movie franchise.

Interestingly enough, she’s actually dating Holland in real life these days. Paparazzi photos of the young couple are spreading through social media like wildfire. The two squashed dating rumors for years after filming the first Spider-Man movie (2017), but now it’s clear that they must’ve had feelings for each other all along! Here’s what her time’s been like filming Marvel films so far.

Zendaya’s been a “life coach” for Tom Holland

We know now that Tom Holland and Zendaya have their own real-life love story blossoming, mirroring the love story they play in the Spider-Man movie franchise, but there’s more to the story. According to Holland, Zendaya has been helpful to him in many ways including becoming somewhat of a “celebrity life coach“ for him. He told Backstage, “[Zendaya] was so helpful in the process of my life changing, because not only are you making big films and traveling around the world, but everyone starts to know who you are.“

He also mentioned, “You can’t really find anything against Zendaya, she’s kind of like the perfect person. It was wonderful to have someone like her in my corner, to help me grow through the process.“ It’s beyond true that over the course of Zendaya’s career, she hasn’t been embroiled in any major scandals, which makes her the perfect celebrity life coach to get advice from.

In an interview with GQ Magazine, Zendaya revealed she didn’t know she was even auditioning for the role of MJ Watson. In fact, during her audition process, she was mostly kept totally in the dark. Even her agents didn’t know the truth. She was unaware that she was auditioning for such a major role during her screen test and she didn’t find out until after the fact when she was being offered the part. She likely knew landing the role of MJ was a huge deal at the time since other Spider-Man love interests like Gwen Stacy and Mary Jane Watson have been played by A-Listers Emma Stone and Kirsten Dunst in the past.

A Twitter user by the name of Marvel Love posted a set of photos to Twitter giving us a peek into what downtime is like on the set of Marvel’s Spider-Man movies. When Zendaya and the rest of the cast aren’t filming, they take breaks to play a little basketball. The user posted pictures of Zendaya and the cast wearing their movie costumes but still taking time to blow off a little steam while the cameras weren’t rolling. After seeing the intense action moves Zendaya was able to accomplish in the role of a secret spy during her KC Undercover days, it’s obvious that she’s pretty athletic.

How Zendaya really feels about the character she plays

In an interview with ScreenRant, Zendaya opened up about her honest opinion of MJ Watson. Anyone who’s seen the latest Spider-Man movie knows that MJ has a darker sense of humor to her that can easily come across as a defense mechanism. Zendaya explained, “She is a truth-teller no matter how much it hurts people’s feelings. So with that, I think people misunderstand her or never got a chance to get to know her. But Peter likes that.” She’s absolutely right that Peter Parker loves the sarcastic and quirky vibe MJ puts out there for the world. He accepts her exactly as she is.

Who could possibly forget Tom Holland’s 2017 lip-sync battle where he performed Rihanna‘s hit smash “Umbrella“? The legendary performance had Entertainment Weekly asking Zendaya if she’d ever challenged him to a rematch behind the scenes. Zendaya revealed that although she never challenged Holland to a lip-synching battle rematch, they are pretty competitive behind the scenes — especially with air hockey.

Not even Zendaya knows what’s next for the franchise

After watching Zendaya thrive in her first two Marvel movies as MJ Watson, it’s sort of a bummer to realize the third Spider-Man movie coming out might be her last. Zendaya doesn’t necessarily know what’s coming next for the character she’s playing. She spoke about it to E!, saying, “We don’t know if we’re going to do another one. Like, is it just going to be three and done? Normally you do three movies and that’s pretty much it, so I think we just were all absorbing and taking the time to just enjoy the moment being with each other and being so grateful for the experience.” No announcements about a fourth Spider-Man movie have been made public just yet. The third movie, Spider-Man: No Way Home, will be released in December 2021 just in time for the holidays.