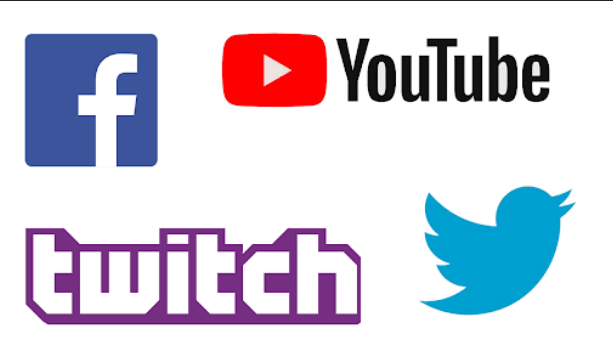 It has been hailed as the future of content, but live streaming is undergoing a tremendous rise at present. Though the East traditionally led the way in interactive live streaming, the West is now finally catching on with the likes of Facebook, Youtube, Instagram and Twitter all becoming platforms from which people can launch their own live streams. But, just where has the rise come from?

The online casino and bingo world has often been credited as one of the first platforms from which live streaming could develop. Users are able to access online bingo sites with real-life callers taking control of the stream at their end. As such, live casinos and bingo halls have given people the ability to gamble from the comfort of their own homes – perfect in times such as these we are currently living in.

One area where the gaming industry is thriving also thanks to live streaming is eSports. Offering something different to the usual sports betting, eSports competitions have consistently hit millions of viewers. In fact, the eSports industry hit over one billion dollars in revenue in 2019 with an audience of over 433 million. Such staggering numbers highlight just how effective live streaming has become in recent years, and these numbers are only likely to grow as technology becomes even more enhanced.

The increasing number of streaming platforms such as Netflix and Hulu have provided the public with the capacity to receive live content on social platforms. And, with the move away from televisions to phones, tablets and computers, such platforms have become the main sources of entertainment and news.

This growth is likely to be continuous as live streaming permeates every inch of society. The Interactive Advertising Bureau conducted a survey in 2018 which revealed that just under half (47%) of live streaming viewers now stream more live videos than they did in 2017. And, more encouragingly, over two-thirds (67%) of the world’s population had streamed a live video.

Though the network speeds of decades ago would have limited if not refused the ability to live stream, the development of network upload speeds combined with the improvement in video capturing levels and higher video frame rate streaming provided by mobile devices has ensured that live streaming is very much alive and flourishing. And, that is only going to increase further.