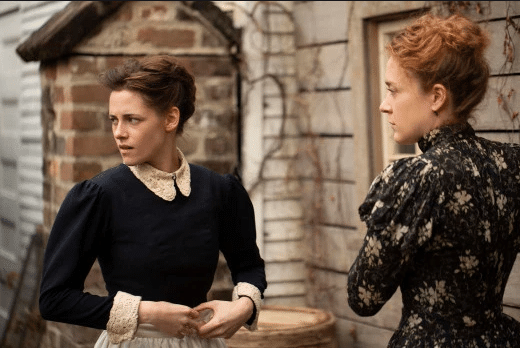 Written by Bryce Cass and directed by Craig William Macneill, Lizzie puts a Sapphic spin on the Borden saga that ends up being far more a family drama and love story as opposed to a horror movie or thriller as it is billed on Shudder.

On August 4, 1892, a horrific set of murders rocked Fall River, Massachusetts when Andrew and Abby Borden were found hacked to death in their home. These murders were so notorious, as well as the accused murderess Lizzie Borden, that 127 years later yet another adaptation of Lizzie’s story has hit the screens.

Lizzie Borden (Chloë Sevigny) is intelligent and independent, two qualities that have left her unmarried with no prospects at the “old” age of 32. Lizzie also has so-called spells, or what we would now call seizures, and this mysterious ailment puts another stain on her and her family’s name. At least according to her controlling and abusive father Andrew Borden (Jamey Sheridan). Mr. Borden has been receiving threatening notes and blames Lizzie for them. Lizzie asks if all the land he has recently acquired from poor farmers might be the cause of this newfound danger. For speaking out of turn, Mr. Borden calls on his friend John Morse (Denis O’hare) to make him promise that if something should happen to him, Lizzie should be institutionalized immediately. 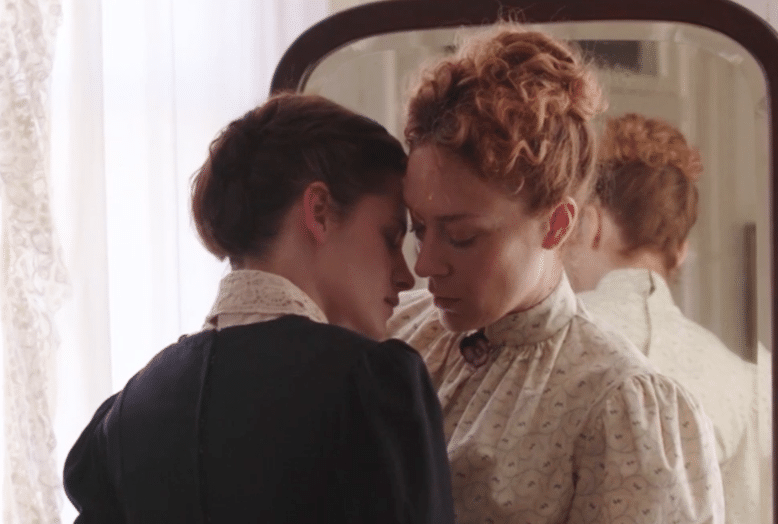 Bridget Sullivan (Kristen Stewart) is a new maid in the Borden mansion. Mrs. Borden (Fiona Shaw) insists on calling her Maggie and puts her in the hottest room in the house. Mr. Borden takes a special shine to her and immediately gives her a raise. This coin in exchange for his non-consensual visits to “Maggie’s” room every night.

Lizzie has developed a close friendship with Bridget in spite of their very different stations and has been teaching her how to better read and write. But there is much more than just companionship and tutelage at play in their relationship. Lizzie finally realizes why she has never been interested in men, and Bridget finds a new ally as she navigates Mr. Borden’s unwelcome sexual attention.

After catching Lizzie and Bridget in flagrante delicto out in the barn, Mr. Borden decides to escalate his plan for getting rid of Lizzie himself, as well as terminating Bridget’s contract at the end of the month. In retaliation, Lizzie concocts a plan to rid them of her father and stepfather and enlists Bridget’s help.

Told through a melancholy lens with strong performances from both Sevigny and Stewart, we watch as two women from both sides of the class spectrum struggle to navigate the patriarchy and its misogynistic values. Bridget has no recourse for the rapes she is suffering nightly. And there is a quiet sense of doom as we understand that she will be used until she gets pregnant, and then she will be discarded. Quickly replaced with a new “Maggie” or “Patty.” Kristen Stewart is raw and vulnerable in this role.

As Lizzie Borden, Sevigny brings steely resolve and nuance to this infamous American woman. We see her strength as she tries to live her own life even as she’s under the thumb of her father. We see her frustration as she attempts to control her own future and choices. We see her simmering rage when she finds out her father plans to make “Uncle” John the beneficiary of his will, that he has been raping Bridget every night, and also after he catches her having sex with another woman. “You are an abomination, Lizzie,” he says to her after informing her she will be sent away. She replies, “At last we are on equal footing, father.” The patriarchy takes women prisoner from all backgrounds. 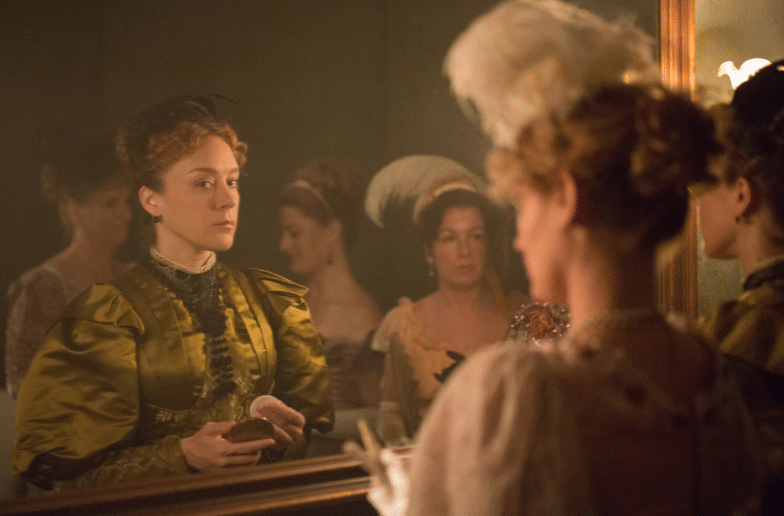 Unlike other adaptations of Lizzie Borden’s story, there is no doubt in Lizzie of her guilt and the pre-meditated nature of the gruesome crimes. It only makes her real-life acquittal even more dramatic: that a jury of 12 men could not imagine a woman of her social status even conceiving of such a crime, let alone going through with it. White devilry is peak here, including America’s ongoing fascination with this white lady who murdered her father and stepmother. White women are a protected class in America, a fact we have been learning over and over again long before 1892 and well into today. As if it’s still so unimaginable that these delicate flowers of white women are capable of this level of violence and cruelty. Let’s not forget that an estimated 53% of white women voters actually cast their ballot for a president who is accused of multiple accounts of rape (including a minor), bragged about sexually assaulting women, and is a racist, homophobic, Islamophobic, transphobic xenophobe to boot. All to preserve their protected class status even though the system still places them as inferior to white men. White women are just as capable of violence as their male counterparts, and it is the myth that they aren’t that keeps Lizzie Borden’s story in the American cultural imagination.

While there are some anachronisms in Lizzie — Bridget’s smooth white hands and shaven armpits and legs make no sense on a “career” servant — the historic setting of Fall River does feel authentic. The stark contrast between the dark Borden mansion lighted only by candle due to Mr. Borden’s staunch frugality is highlighted as Lizzie goes out at night and walks the electrically-lit streets. The menacing quality of the light design and music as the slow-burn works toward the inevitable and bloody climax only adds to the excellent performances from the entire cast.

For viewers squeamish about horror, this adaptation of Lizzie Borden’s story is made for you. Most gore and violence happens off screen, and when it is seen it’s done tastefully and not exploitatively. My main issue, though, is why do we need yet another re-telling of this terrible white woman’s story? Yes, suggesting Lizzie Borden is gay is an interesting twist and a strange moment for queer representation on screen. But as far as wicked historical figures go, surely there are some other bad white women who did monstrous things we could learn about instead. Rather than obsessing over Lizzie Borden again and again, let’s dismantle the notion that white women are incapable of ghastly acts by focusing on some less-familiar criminals. Even better, let’s get women behind the camera and on the page to tell these stories.