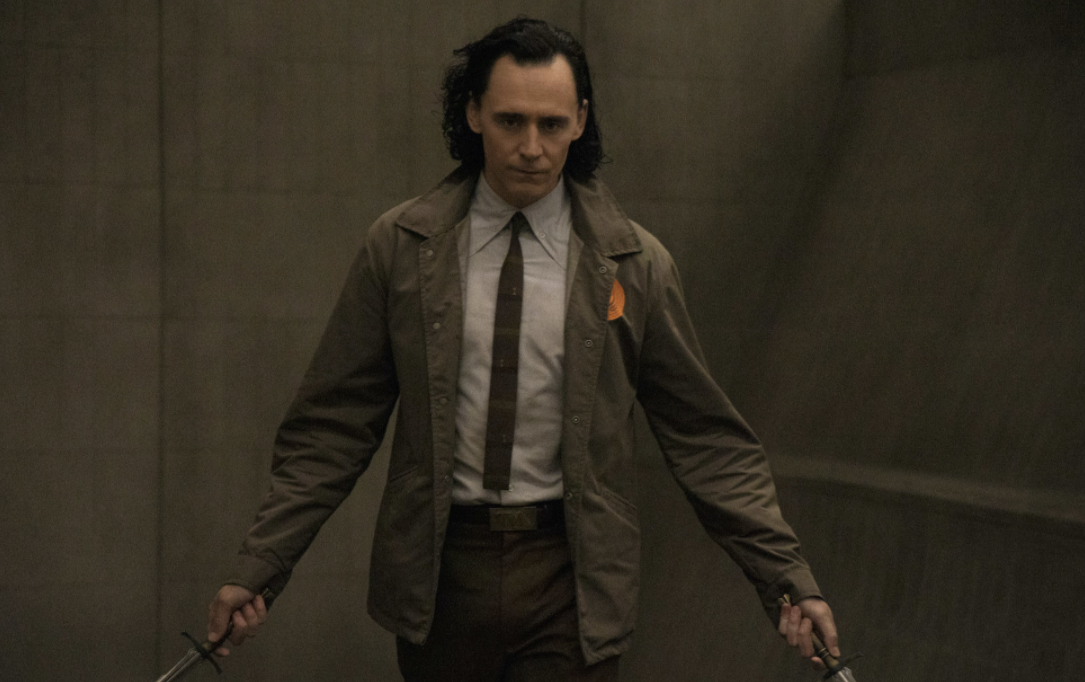 Oshkosh, Wisconsin, 1985: Minutemen arrive at a renaissance fair searching for a variant. The group steps into a tent and realizes that it is a trap. Unfortunately, the commander of the group gets mind-controlled by the variant. She attacks her whole group, and the variant helps by killing a few themselves. The commander passes out and is dragged out of the timeline by the variant.

Loki gets quizzed by Ms. Minutes about the timeline rules, but he is very bored by the whole process. When he finds out that Ms. Minutes is actually real, he swats at her with a magazine. Mobius grabs Loki to tell him that he is up. They meet with Hunter B-15 who gives Loki and a group of minutemen the rundown of recent events. Loki makes a comment about how the variant is a lesser version of himself, but Hunter B-15 puts him in his place. Mobius jumps in to continue the debriefing of the group by reminding them that the Loki variant is one that they have come across before, may have slightly different features or look completely different, and has many different abilities. Loki points out that illusion-projection is different; duplication casting is absolutely different. [Loved the explanation.]

The group is broken into two teams, which include Mobius and Loki. Loki requests a weapon, but Mobius refuses and slips in that an audience with the TimeKeepers is on the table.

The team arrives at the scene of the last attack. They are surprised that the variant has taken one of the minutemen as this is a new action. When Mobius is about to leave, Loki stops him and the team, stating that if they leave the tent they will end up like the minutemen who are dead. Loki sees the scheme, but Hunter B-15 is not in the mood for his long lesson of schemes. She wants to look for the missing commander.

Loki knows that if they look for the commander, they will be attacked because that is what the variant will want. He wants to go looking for the variant alone as well as have assurance that won’t be disintegrated and to see the TimeKeepers at once. They are in danger, too. Mobius sees through Loki’s lies and has them reset the timeline at once. Good job.

Mobius meets with Ravonna, who wants to discuss the recent botched mission. He insists that having Loki at the missions has taught them a bit about Loki, and they could utilize this information for capturing the variant. Ravonna informs Mobius that the Timekeepers are stressed about this variant and want him caught. Also, Mobius has only one chance left with Loki.

Outside the office, Loki does his bullshit talk on how he was giving Mobius a lesson on how a Loki thinks. Mobius sees through this and states that Loki is there to help them capture a superior version of himself. He also points out that he knows Loki is planning to hustle the Timekeepers and gain control of the TVA. Right on the nose. Loki gets his last chance, which includes him actually working. He is put at a desk to look over files on the variant.

As per usual, Loki gets bored with the files and tries to get files on how the TVA was created, the beginning of time, and the end of time. He requests files that he does have access to and is given a file on himself. Within the files, he finds a document on the destruction of Asgard that details the annihilation of the people, and a clue. He rushes to tell Mobius that the variant is hiding within apocalypses. He points out that the variant could appear before the destruction because it would not affect the timeline in any way. Loki requests that they should test his theory, pointing out that Mobius can trust him to always want to prove that he’s right.

Pompeii, 79 AD: The two men are gleeful on what is about to happen. Mobius reminds Loki that they are not supposed to be there and wants them to start small with bird noises. Loki doesn’t care for this and runs out to the market, explains to the people who he is, what is about to happen, and where he comes from. The volcano erupts, and Mobius realizes that there is no variant detection from Loki’s action. Back at the TVA headquarters, an excited Mobius and Loki search for similar disasters in the timeline.

Hours later, Loki asks Mobius about the jet ski magazine and asks why would he have the magazine if he doesn’t plan on riding it. He questions Mobius’s belief on the Timekeepers and their creation. Mobius points out the ridiculousness of Asgard and its gods. Loki points out that that if it is all planned out, then they don’t have free will. Then he asks how time will end. Mobius informs Loki that the Timekeepers are unraveling the end of time in a peaceful manner, which Loki finds boring.

When Loki brings up Mobius calling him a little boy, it gives Mobius an idea based on the little boy he saw in the previous episode who had candy. The two search for disasters around the years the candy is available because that could be the time frame the variant could be hiding in. Loki finds a hurricane in Alabama 2050. Mobius requests a team to go for the search but Ravonna is skeptical about trusting Loki. Eventually, she gives in.

HB-15 debriefs the team in the location and the variant’s common actions when confronted. She also tells them to take out any Loki.

Upon arrival, the team is soaked by the storm. HB-15 isn’t happy with Loki using magic to dry himself off and refuses to allow Loki to with Mobius. The variant watches from the security room and puts a countdown on a reset charger. Loki and HB-15 happen upon a man shopping for flowers. When HB-15 gets close, she is possessed by the variant. Mobius’s team searches for the variant in a group of sheltered people when they find the commander who was kidnapped earlier.

Loki talks to the variant about his plans to overthrow the Timekeepers and implies that he could use a right-hand man. The variant switches bodies and declines Loki’s offer, stating that he’s not interested in ruling the TVA.

Mobius and his men find out from the shocked commander that she informed the variant on how to find the Timekeepers and gave him her reset charger. HB-15 wakes up when she is called on radio by the team.

Loki asks the variant what he wants. He then realizes that the variant is planning to blow the place up. The variant switches bodies and attacks Loki. Loki finally meets the variant face-to-face when he asks him what he wants from him. The variant (Sophia di Martina) brings down her hoodie and states, “This isn’t about you.” Loki is surprised. Then all the reset chargers go off and disappear.

At the TVA, an analyst desperately makes a call, stating that something just bombed the timeline. Ravonna watches the screen as multiple branches come out of the timeline, then grabs a weapon. Multiple teams are sent out to fix the situation.

Loki watches as the variant grabs a resetter and leaves through a portal. He considers his options when he hears Mobius calling out his name. Mobius and HB-15 run after Loki yelling for him to wait. Loki looks at him for a second then disappears into the portal.

I’m gonna need Loki to concede when it comes to who is the superior low key. This variant is a female version of him and certainly seems to have everything planned out. Nothing skipped a beat when Loki, Mobius, and HB-15 arrived on the scene. Clearly she was waiting for this to happen. I know Loki is just as curious as we are on what the variant has planned. My question is: If she doesn’t want to be a timekeeper then what is she after?