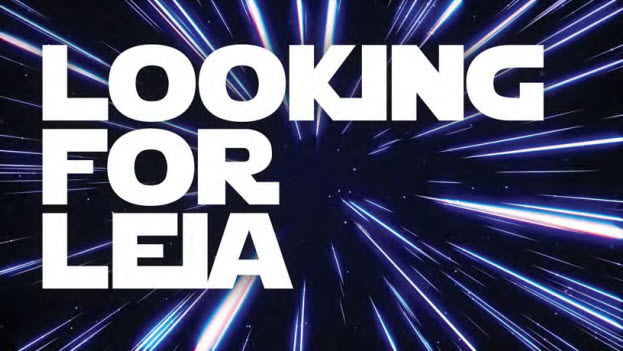 Looking For Leia is a six-episode docu-series featuring the stories of inter-generational and culturally diverse women who discuss their love of the Star Wars universe and the passion and creativity with which they express their fandom. It’s a heartfelt exploration of Star Wars fandom and how women have influenced and been enriched by it. Black Girl Nerds contributors Kai Charles and Mel Perez participated in the docu-series.

Since the premiere of Star Wars in 1977, geek culture has moved from the margin to the mainstream. Science fiction and fantasy films, including speculative fiction and superhero films, have been in the box office top ten, often in the number one spot, every year for the past 40 years. Avid readers of science fiction and fantasy novels and comic books, cosplayers and con-goers, have all seen their passions move from small gatherings to hugely popular global multi-media events.

And women have been there from the very start.

Yet, fandom as a social phenomenon has long been stereotyped as the domain of men, exclusively. Stereotypes about obsessed fanboys and lonely comic book guys dominate the cultural discussion of geek culture, and women’s significant contributions both to fandom and the genre that inspires it have been largely lacking.

Looking For Leia is a joyous gender justice project that shifts the traditionally male-dominated narrative of “geek culture,” and highlights and humanizes stories and voices rarely centered in a series format. Sit back, because we’re about to femme-splain Star Wars fandom.

Series creator Annalise Ophelian is an award-winning documentary filmmaker and psychotherapist who approached the topic after attending Star Wars Celebration in Anaheim in 2015. Her work focuses on issues of gender and racial justice and cultural representation, both in front of and behind the camera. The production and post-production crew of Looking For Leia is majority women, including queer and trans women and women of color.

Looking For Leia is not licensed by, sponsored by, or affiliated with Lucasfilm Ltd. or the Walt Disney Company in any way. Star Wars and related properties are trademarks of Lucasfilm Ltd. The series is about the phenomenology of fandom, media representation, and the cinematic history of science fiction and fantasy films. The series is currently seeking network or streaming acquisition.

Looking For Leia is currently in post-production and has been featured in The Verge, Nerdist, The Mary Sue, CNET, SyFy Wire, io9, The Advocate, and Comic Book Resources. You can see the crew of Looking For Leia next at Universal FanCon. Check out the trailer below.