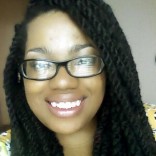 Sharon can be found writing about things like intersectional identities…

I wrote my first fic in the 7th grade, before I even knew what fanfiction was. It was a Dragonball Z story involving three female Saiyan warriors (modeled heavily after myself and my two best friends) who crash-land on Earth, beat up Goku and company, and basically take over the world (and yeah, eventually fall in love. Don’t judge me.)

After that came Harry Potter, and Lord of the Rings, and the X-Men, and lots of other stuff involving dragons and magic and epic quests and saving the world from evil. Writing became a central part of the way that I expressed my interest in the stories that I loved. I think that fanfiction can be described as filling in the blanks, and for me, the blanks I wanted to fill were the places where I wished people of color existed- specifically, Black girls like me.

I didn’t know a lot about media literacy at that age, but I knew instinctively that something was wrong when a girl like me could love so many books and movies and TV shows over a number of years but never, ever see a character even remotely like her. Every single world seemed completely devoid of Black girls and women, save perhaps a few silent background figures. It made me feel like I was something strange and alien, so I tried not to think about it too much. (That, of course, did not work.)

There’s been a lot of public debate regarding fanfiction in recent years. Some authors (and actors) are against it; some are more vocal in their views than others. This is the part where I’m supposed to rush to the defense of fanfiction by reminding everyone that it isn’t all crazy sex stories where like, Harry Potter hooks up with Legolas and the Boy Who Lived gets pregnant with twin elf babies and Aslan officiates their wedding or whatever.

I could do that, but honestly, why? What’s so wrong with outlandish fanfiction? If there are people in this world who can eat chickens inside of ducks inside of turkeys, then I can read a story about Harry Potter meeting someone in Middle Earth and taking a vacation to Narnia. It’s my literary turducken, and I love every crazy bite of it.

The uncomfortable truth that many detractors ignore is that hatred of fanfiction is symptomatic of a larger issue: our society-wide denigration of anything associated with or intended for girls and women. The creative expression of girls (especially teenage girls) and women has long been devalued in our society. It’s the reason why women who write solely about romantic relationships are viewed differently than male authors who do the same. And how often have you seen female fans referred to disparagingly as “teenyboppers” by so-called real fans (usually older males with unchecked superiority complexes), as if passionate, enthusiastic teenage girls represent everything wrong with the world?

The viewpoint that fanfiction is inherently wrong ignores the very real transformative power fanfiction holds for people of color, who tend to be all but completely invisible in mainstream media and whose authentic voices are absent.

As a Black girl, when I first started to write fanfiction (privately), it was born not out of a need to see a fictional version of myself hook up with the show’s resident dreamboat (but even if it was – so what?), but to combat the nameless feeling that came over me every time I fell in love with a story that took place in a world where people like me, apparently, didn’t exist – or worse, served only as the punchlines or background characters. If I did see characters like me, their dialogue seemed to consist mainly of tired stereotypes– your standard ‘oh hell no’s and ‘You go girl’s. There’s nothing wrong with talking like that– I have been known to spout the occasional ‘oh hell no,’ I will happily admit – but when that’s what the only Black girl on your show is reduced to, then we have a problem.

And so, so much of what I see on TV and read in books– especially in the genres I love, like fantasy and science-fiction – has a huge problem.

I first noticed it when I was a pre-teen, and falling very passionately in love with fantasy and science fiction. It’s the worst feeling, being a nerdy teenage girl in love with something that doesn’t love you back. You try to ignore it; there are no Black characters, the protagonists make “jokes” that are rooted in racist stereotypes, let’s just forget that scene exists because you really love the story or the hero of this show or the writer and you want to keep that feeling safe.

It doesn’t work though, not really – sooner or later, you always get that reminder that it’s not “for” you. When it becomes clear –either through a joke, a throwaway line that marks POC as foreign entities, whatever – that the writers wrote with an assumed white audience it mind, it can feel like a slap in the face. You feel awkward, exposed, maybe even ashamed, without exactly knowing why. Something in me needed to make that right. I needed to do something so that I could feel ok loving this show, this universe. There’s no reason Black girls can’t be heroes in stories like these, I thought – I’ll prove it.

And for those who ask ‘Well, why not just write your own story and have all the non-white people you want in it?’ – many of us sure as hell do, but fanfiction often serves as a restorative training ground, a place where young writers can grow accustomed to challenging dominant media and narratives in the way we must always do if we’re to create and share our own stories and counter narratives. Simply put, for some it’s a way of practicing, a method with relatively low stakes, and I am wholeheartedly in favor of anything that emboldens young writers of color to keep writing and keep creating.

For me, fanfiction was a way of taking the feelings of discouragement and unbelonging some of my favorite stories left me with, and using them to find ways to fix the problems in media as I saw them. It was a practice that helped me to envision something different – that Black girls could travel through space and save the world, even though I’d never seen it in a movie or read about it and no one else seemed to think so. It was enough that I thought so. It was enough that I could write it and share it and make it real, in that way.

It was my way of saying that I do exist – I’m not just a punch line or a silent Black friend who gets killed at the end of the episode so that the white leads can narrowly escape. I’m not just the maid, or the bus driver, or the sassy side character with no real personality independent of providing comic relief. Maids, bus drivers, and sassy side characters can save the world – they don’t have to be side characters at all. I am the star of my own story. I exist. In outer space, in alternate universes, in enchanted forests, I exist, and if you hate that so much – if your perfect worlds are places where you never have to look at or root for anyone who doesn’t look like Jennifer Lawrence – then you need to ask yourself why that is.

I’ve never felt that the value of fanfiction was in the quality of it (though much of the writing really, really isn’t as bad as people like to claim it is, the same way all published works aren’t the height of absolute literary genius). It’s not about who likes it and who doesn’t. It’s not about branching out and landing a book deal one day. It’s the process of writing it. It’s re-directing the camera onto those so often ignored, not only in fiction but in reality. Reshaping canon to include diverse identities is not self-indulgent – it’s a powerful act of self-love.

For a girl like me, who didn’t look anything like the characters in the books that I loved, fanfiction was my entry into the worlds I was being implicitly told weren’t for me – and I suspect it serves a similar purpose for many other fans as well. Mainstream media may be filled to the brim with angsty white dudes, but through fanfiction we can begin to envision a world much more diverse than the lily white universes we see on TV.

So, consider this my love letter to fanfiction, and to the people who write it. Thank you to the fans who see possibilities even after the credits roll, who wonder what if, and why, and how, and answer those questions just for the sake of satisfying curiosity. To the fans who can write 15,000 words of character study of minor background figures that can make me look at an entire book series in a different light. To the fans who love and write about the characters that not even the writers seem to care about –the rejected love interests or the POC thrown in the background who never gets to talk.

To the fans who sit in coffee shops over winter break with their fanfiction journals, smiling to themselves at the thought of anyone knowing what they were writing about. To the fans who dare to explore the existing canon by imagining how the hero’s life would play out if he couldn’t rely on the benefits of white privilege during his travels. To the fans who can take the awesome and make me love it even more, and to the ones who keep writing, even as others insist that what they do is silly and self-indulgent, and that it doesn’t matter, and who continue to do it anyway, for the benefit of only yourself and your fellow freaks: thank you.

I read your work on the bus, in between classes, during lunch breaks, before bed. Your writing has gotten me through boring lectures, eternities spent in waiting rooms, long car rides, and just plain bad days where all I wanted to do was curl up in bed and forget how absolutely terrible the world can be. It was your words that I first discovered before many of the WOC-authored published works I’d come to love. It was you who first helped me learn that genre fiction didn’t have to represent yet another place where Black people didn’t belong, that there could be a place on any planet, any world, any reality, for girls like me. 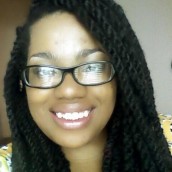 Sharon can be found writing about things like intersectional identities and Harry Potter fanfiction on her blog, The Black Feminist Geek (theblackfeministgeek.wordpress.com), or on Twitter at @SLPruitt trying to make her long-winded rants fit into 140 characters.

The Tables Are Turned When Black Folks Colonize in ‘The Burden’