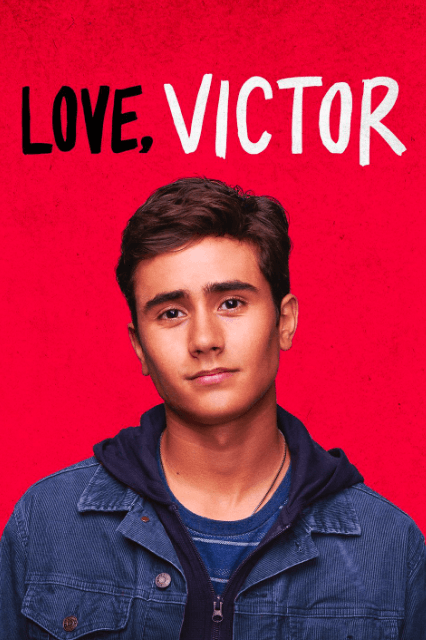 Love, Simon was a major victory for the Pride community. The film and its success allowed for many young gay boys to see themselves represented in the mainstream media. Now Love, Victor (2020), a 10-episode spin off of the much-loved Love, Simon, is a series that more closely reflects a smaller segment of the gay community.

This segment isn’t about men wearing gaudy makeup, dressing in drag, or even having to wear nothing at Pride but a jock strap and saying it’s empowering. This first season of Love, Victor gives gay young boys who don’t fit in a chance to explore a gay world that is more often than not pushed down for its more flashier sister. Gays don’t have to conform to outrageous stereotypes — they can in fact, just be gay without needing to come out every single day.

Love, Victor is a heartfelt drama. At its core is what some gay boys don’t get a chance to see —a strong, masculine guy who is trying to understand himself just a little more. 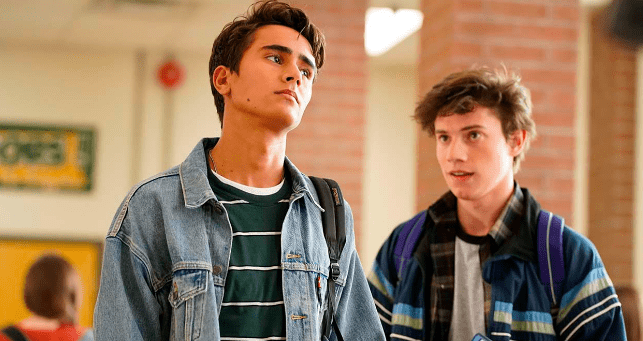 Victor Salazar (played by Michael Cimino) is on his journey of self-discovery, self-love, and sexual realization, and sometimes it is helped with Simon’s advice. This series is presented from a Latin boy’s perspective, a layer that is far too often overlooked for a white boy’s coming out story.

Victor recently moved with his family to a new city (from Texas to Atlanta) and a new school. He hopes he can reinvent himself.  Victor’s family is the picturesque portrayal of Hispanic culture. Sadly, like with art, it’s usually prettier to look at it from a distance. What is covered up is a deposit of secrets, insecurities, and regrets, all of which are eventually uncovered with time.

The Latinx family is composed of Hispanic actors. The strong patriarch Armando Salazar (James Martinez) brought his family to a new state for not completely unselfish reasons. Isabel Salazar, the matriarch (Ana Ortiz), becomes the punching bag for the family and their problems. Sister Pilar Salazar (Isabella Ferreira) makes her teenage angst known to her family whenever possible. There is also a younger brother Adrian Salazar (Mateo Fernandez). This picture of a solid family starts to crack underneath the challenges they face as a unit, from why they left to unhealthy relationships they all have.

There is something unique about this production. Each character presents a deeper understanding of the character they play and the circumstances that surround them. Cimino’s performance as a teenager on a journey to gain a better understanding of himself is totally believable. The story feels balanced with other characters who fill out the world around him. From moments with Victor’s family to scenes with his friends in high school, the series has an authenticity to it with few exceptions. The instances of the over-dramatized popularity issues and a few strange events that seem to just happen are a little forced but do not take away from the magic that is created.

There are points in the show where Simon is invoked; whether that be by narrating sections of corresponding emails between Victor and Simon, or by having a special guest appearance. The episode where Victor feels so outside of his comfort zone is one that really shows how diverse the gay community is. This discomfort is brought on when he decided to visit Simon in New York. It is this event that allows Victor to be introduced to a non-passing trans person, a butch lesbian, and a gay guy who wears dramatic make-up. Victor is uncomfortable with them at first. This scene carefully depicts how strange and foreign these ideas might feel to someone who isn’t exposed or even just comfortable with outwardly LGBT appearances. 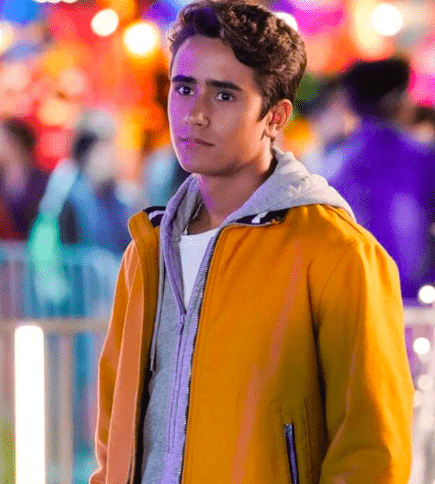 In this same episode, Victor is exposed to the opposite end of the community, a more masculine community of gays where they dress like typical guys without performing obvious gay practices. These are two different sides of the gay community, and Victor has a clear leaning for one more than the other. This television series specifically illustrates that not all gays have to fit the “out and proud” narrative, but instead can just be gay and not have to wear it on their sleeves.

The thematic tones and underpinnings of the show are brilliantly placed and strategically developed. Love triangles are perhaps the most important aspect of this show for the purpose of allowing every character to gain a better sense of themselves and who they are interested in. Victor’s first girlfriend is Mia Brooks (Rachel Hilson). It is through dating her that Victor comes to the realization that he is more attracted to Benji (George Sear). Of course, triangles also occur between the supporting characters, like the endearing Lake (Bebe Wood), Victor’s goofy friend Felix (Anthony Turpel), and the loveable jock Andrew (Mason Gooding). These love triangles are developed over the course of the 10-episode series. Each episode brings Victor courage, empathy, and integrity to break down his fears and accept his own sexuality.

What makes this series so different from its predecessor is that it takes on a completely different culture and social-economic status. The Salazars are a middle-class, conservative family. This allows the narrative to explore, struggle, and complicate the basic story of coming out by placing the focus on a gay Hispanic male. By adding an additional challenge of a more traditional family, new obstacles, pressures, and expectations are placed on both the characters and the audience to experience.

The series presents an exciting take on the classic coming out story, one that allows for a different kind of protagonist to be seen and heard. Victor stays true to his Hispanic heritage, by placing family before anything else, and that sometimes includes his own personal best interests. This series has positive role models and diverse representation. It is a series that is worth watching.