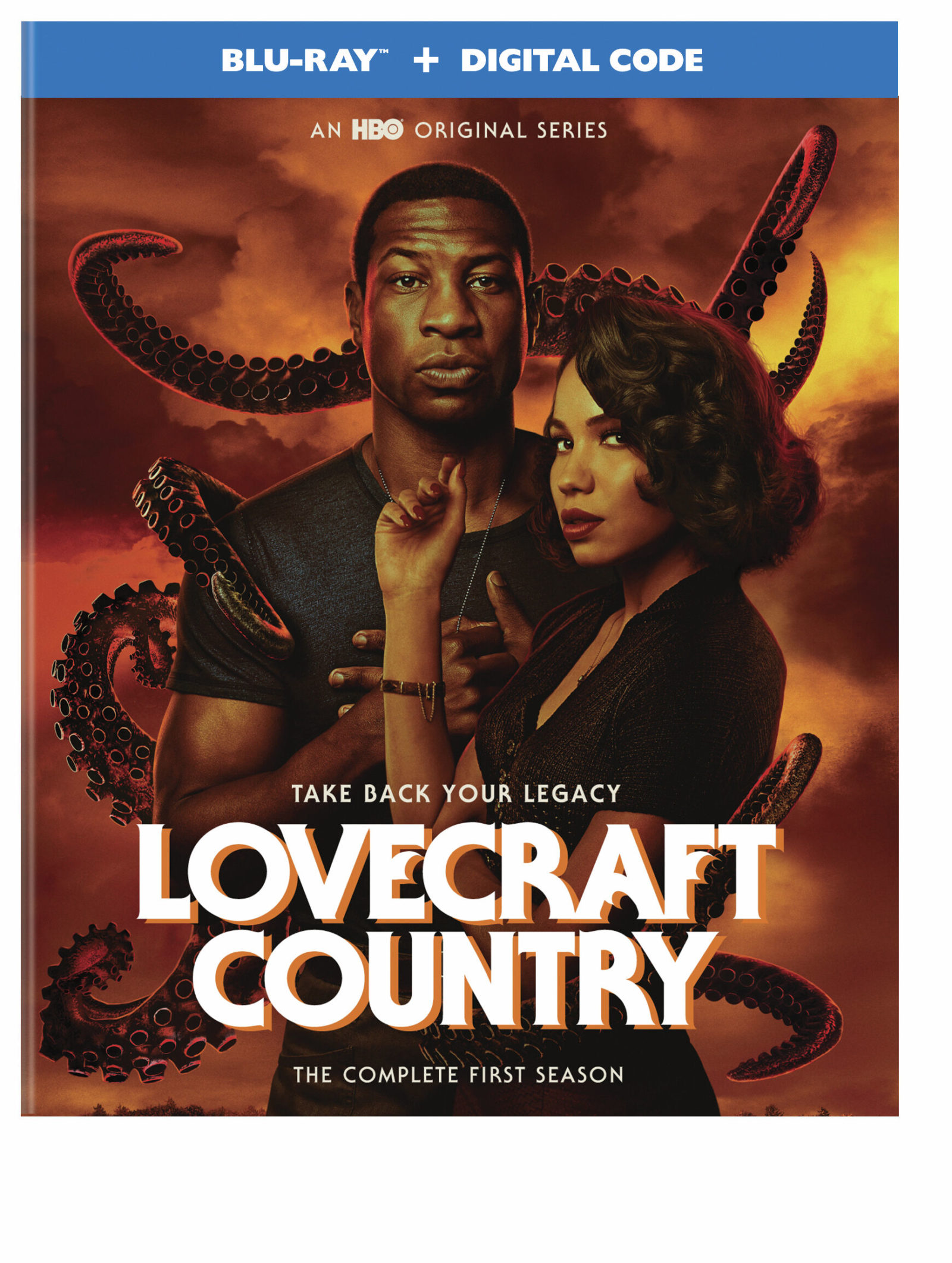 Lovecraftian horror meets historical fiction in Lovecraft Country: The Complete First Season, HBO’s suspenseful drama, which will be released on Blu-ray™ and DVD by Warner Bros. Home Entertainment on February 16, 2021. Featuring all 10 episodes from the series’ premiere season, Lovecraft Country: The Complete First Season is priced to own at $29.98 SRP ($39.99 in Canada) for the DVD and $39.99 SRP ($44.98 in Canada) for the Blu-ray™ which includes Digital Copy (US only). Lovecraft Country: The Complete First Season is also available to own on Digital via purchase from digital retailers. Based on the 2016 novel by Matt Ruff, Lovecraft Country follows Atticus Freeman (Jonathan Majors) as he joins up with his childhood friend Leti Lewis (Jurnee Smollett) and his Uncle George (Courtney B. Vance) to embark on a road trip from Chicago across 1950s Jim Crow America in search of his missing father, Montrose Freeman (Michael K. Williams).

Their search-and-rescue turns into a struggle to survive and overcome both the racist terrors of white America and monstrous creatures that could be ripped from an H.P. Lovecraft paperback.  Lovecraft Country stars Jurnee Smollett (Birds of Prey, Underground), Jonathan Majors (Da 5 Bloods, The Last Black Man in San Francisco), Aunjanue Ellis (When They See Us), Wunmi Mosaku (Fantastic Beasts and Where to Find Them), Abbey Lee (Mad Max: Fury Road), Jamie Chung (Once Upon a Time), Jada Harris (The Resident), and Michael K. Williams (HBO’s The Wire and Boardwalk Empire). Recurring guest stars include Courtney B. Vance (HBO’s The Immortal Life of Henrietta Lacks, American Crime Story), Jamie Neumann (HBO’s The Deuce), Jordan Patrick Smith (Vikings) and Tony Goldwyn (Scandal). The series is executive produced by Misha Green, J.J. Abrams, Jordan Peele, Bill Carraro, Yann Demange (who also directed the first episode), Daniel Sackheim (who also directed Episodes 2 and 3), David Knoller and Ben Stephenson.  Based on the novel by Matt Ruff, the drama series is produced by afemme, Inc., Bad Robot Productions and Monkeypaw Productions in association with Warner Bros. Television.