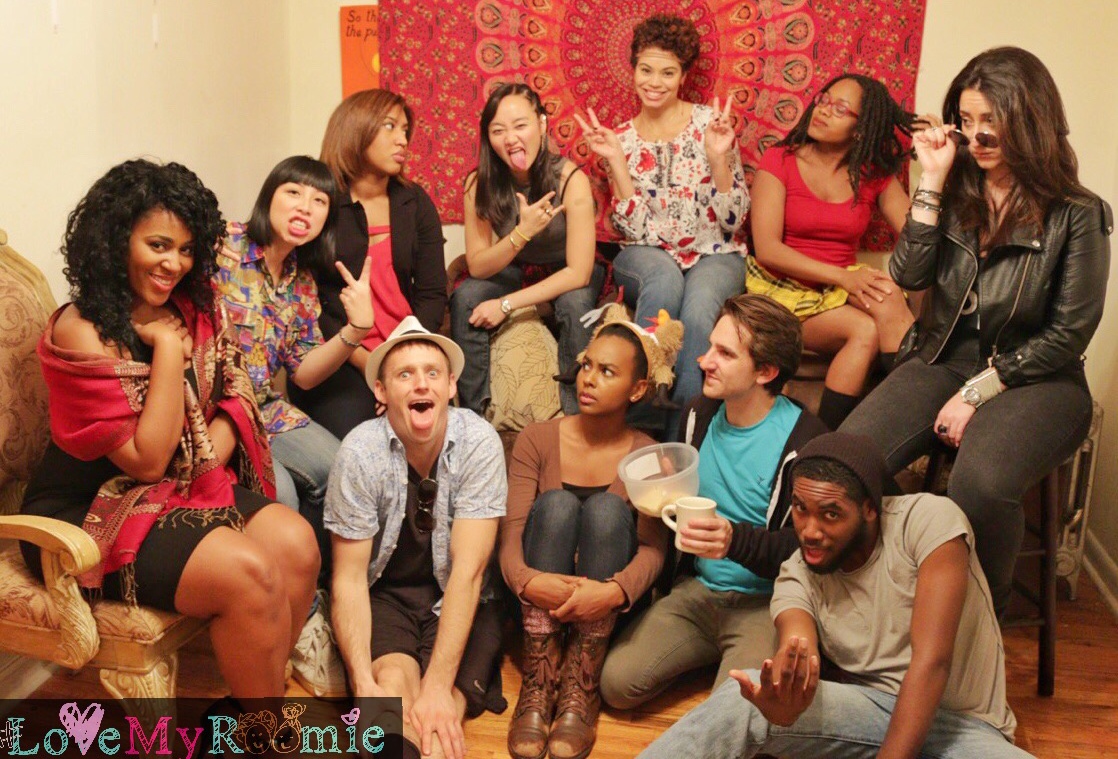 It goes without saying that “Black Girl Magic” has been, and possibly, will be the topic of discussion and pride for 2017 just as much as it was for 2016. Or, was it established in 2015? This coined term that has been a source of pride and joy for so many women has also been discussed with distress for those who just don’t know how to discover the magic within.

Yhá Mourhia Wright, Actress, Creator and Executive Producer of #LoveMyRoomie, places a microscope, errr a camera on the lives of three young artists in NYC struggling to make ends meet.

The new “reality” web-series #LoveMyRoomie places three women who are presumably missing the mark in life into one place– their New York City apartment. This short sketch-style web-series is propelled by Giselle Carter’s  (Yhá Mourhia Wright) desire to create a reality show about the lives her and her roommates in order for them to gain artistic exposure.

U’Moriah Walters (Ashley Versher) and Yasmine Castillo (Katherine George) reluctantly welcome the camera that is “always watching” and seems to catch them at all the wrong times.

Throughout the course of the season, tensions rise as U’Moriah copes with having recently lost her job as an Administrative Assistant at Gotta Live Life Insurance. Desperate to make ends meet, she takes a low paying job as a turkey mascot for a local deli while selling chicken sandwiches.

Yasmine, a songwriter without the time or inspiration to attend to her passion; is often exhausted after a long day of working and captured snacking on large bags of chips – her affordable go-to breakfast, lunch and dinner. She remains adamant about her main focus of survival proclaiming, “I’m just trying to work, so that I can make some money, so that I can eat.”

Giselle, the mastermind behind the entire show, seems to naively be enjoying the rollercoaster ride of life in contrast to her more goal driven roommates. Her desire to be discovered seems to out do any of the damage that happens along the way.

There is seemingly nothing particularly “magical” about the lives of these three women, who are consistently struggling to find a place to belong. Perhaps they’ll discover the magic within themselves, perhaps they’ll struggle and fail; perhaps it already exists and they have yet to realize it. Either way, #LoveMyRoomie brings comedic, and sometimes dramatic, relief to the struggles of many women of color behind closed doors.

Season I of #LoveMyRoomie airs Thursdays throughout January and February 2017 on the official YháWright Productions! YouTube page, which is currently at just under 30,000 views and ever-growing.   Season II and the spin off short film, Expulsion, are currently in pre-production; with both set to release later this year.

Episode III: #Love — airs Thursday, January 12th at 5:00 PM EST. Subscribe to YháWright Productions! on YouTube to be the first to see all new episodes of #LoveMyRoomie.

#LoveMyRoomie was created by Yhá Mourhia Wright who resides in New York City by way San José, California. Prior to her move to New York City, Yhá Mourhia founded her natural hair blog, vlog, Profound Coils: Where Natural Hair Meets Art. She fostered a community of women and men of color interested in both natural hair care and visual art. Yhá Mourhia has lived in New York City for three years and graduated from The Actors Studio Drama School with her Masters in Acting in May of 2016. Wright had the rare opportunity to also pursue Playwriting and Screenwriting full time during her Masters program.

Post graduation, she discovered that producing both lifestyle content and web-series were her passion. In September of 2016; she founded YháWright Productions! – Quirky Stories for the Misfits; which has merged her digital content into one brand.

Upcoming production collaborations from Yhá Mourhia includes Co-Founding The Passed Down Project: A Visual Storytelling Collaborative. At this time Yhá Mourhia is in the process of work shopping her full-length play, Dêtroit: Across the Tracks, and her One-Act play, Sins Have Come.

You can also catch Yhá Mourhia onstage at the 2nd annual ‘In Full Color’ show performing her spoken word poem, “African Drum.” Performance dates are February 16th – 19th and further details can be found on YhaMourhia.com