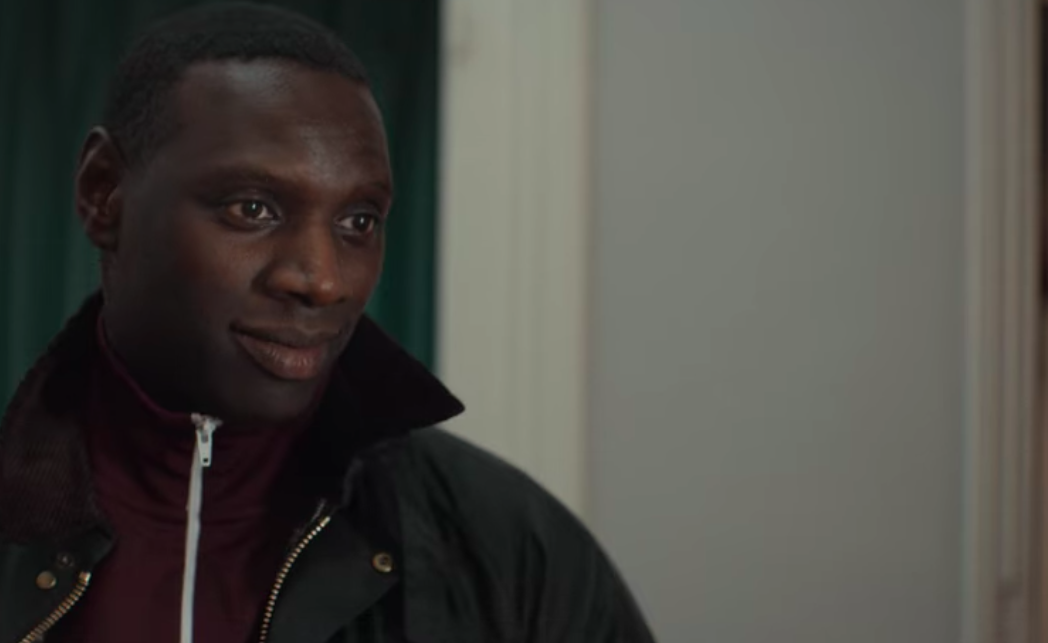 Assane talks to Benjamin about the death of Fabienne. Benjamin reminds Assane that he has a kid, whose birthday is that day, and should focus on that. Youssef works on his theory late into the early morning then leaves the office. Captain Laugier isn’t convinced that Youssef is out sick but doesn’t do anything about it. While out walking, Assane notices a person following him. It’s the same man that took out Fabienne. A chase ensues that results in Assane getting away via rooftops. Gotta stay in shape with this line of work.

Raoul isn’t so sure about the initial top hat gift, and Claire is upset when she finds out that Assane has tickets available for the three of them without consulting her.  Back in 2006, Claire speaks to a therapist on her relationship with Assane and how it affects her. Assane is impersonating the police when he enters a wealthy old woman’s home, conning her into giving him the most valuable items in her home to take to a safe. She hands him all her most precious jewels. Claire’s therapist points out that Claire thinks Assane is made for her. The therapist points out that Claire doesn’t owe him much of anything because they aren’t married and they don’t have kids, but that is questionable at the moment. Assane is able to walk out and off with expensive jewels. The family of three make their way to Étretat for an Arsène Lupin celebration. Claire remembers some of the book that he had her read back then.

Hopping back to the past, Assane and Benjamin discuss the location for Benjamin’s shop and the new jewels, when Juliette walks into the restaurant. Assane takes a moment to follow her, which results in them flirting and Juliette trying to get with him and professing her love for him. He states he can’t be with her, then leaves her with a bit of bling on her ears. I had to catch that trick. While on their ride, Claire takes a picture of the three of them. Assane notices in the picture the man that followed him before. Pellegrini receives a call from his man about finding Assane and doing anything to the kid and woman. Assane comes up with a plan to sing happy birthday and have the train sing along so that he can get a view of the man. Feigning a task to find drinks, Assane walks to the other train cars, steals an item from one the employees, and loses Pellegrini’s hitman.

The two men have a fist fight in the luggage car. Assane locks him in and explains to Claire that he got into a fight with a guy but it is weak. Claire doesn’t believe him at all. Dinner in 2006 isn’t going so well because Assane chose a fancy place to have dinner instead of a quiet spot. Claire finally tells him that she is pregnant, and Assane’s reaction is absolutely sweet! He announces it to the whole restaurant, including one old woman that he stole jewelry from. He quickly rushes Claire out. Unfortunately for Assane, Pellegrini’s hitman gets out before they arrive at their destination. He casually sits down with the family, subtly making threats to Raoul. Assane texts Captain Laugier of his whereabouts with description of the hitman. Captain Laugier responds with urgently getting someone at the train station. The hitman instructs Assane what to do but is surprised when the police are waiting for him outside the train. The police find a gun and a diamond from the necklace on him; Assane walks off free.

Raoul dons his top hat and cape while out and about with his parents, excited for the festival. Years before Raoul is born, Assane promises that he will not make any more mistakes and will love his son. When Claire asks Assane about the guy on the train, he doesn’t give her a direct answer but mentions his dad. I’m concerned that Raoul is walking on the beach alone. Claire doesn’t believe Assane then realizes that Raoul has gone missing. Captain Laugier finds out that the suspect has been released and Dumont tells him to search each passenger on the train. Claire and Assane desperately search for Raoul among the crowd. Raoul is kidnapped by none other than the hitman himself. Youssef appears at the festival and calls Assane “Lupin.”

Why did I think for a second that this was going to have a clean break for me? Of course, Raoul is kidnapped. How did I not see that coming? Claire has every right to be upset with Assane being dodgy for most of his adulthood. I wanted Assane to get away with everything but it is not written in the cards for me it would seem. This series has certainly got me curious about the books but will admit that the gorgeous Omar Sy has entranced me with his smile. Part 2 has been announced and frankly, I can’t wait to see more of this gentleman thief.