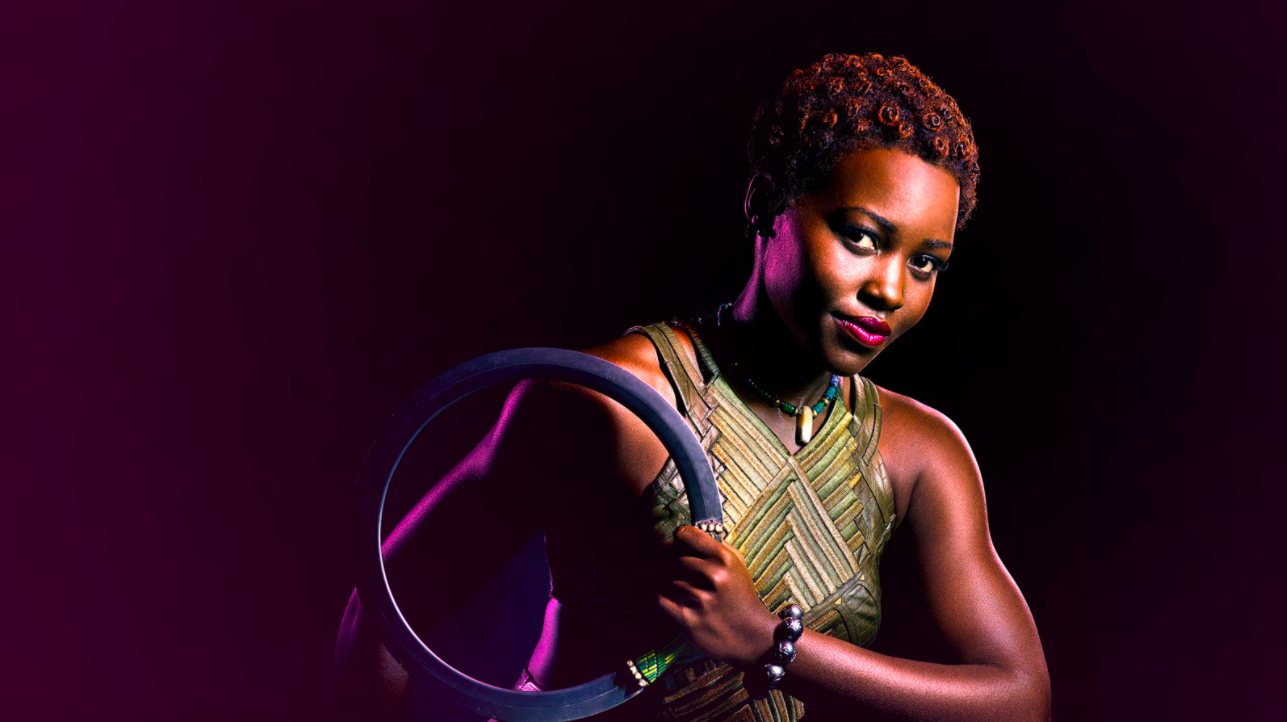 Black Panther was arguably the biggest movie of 2018. It pulled in $1.348 billion at the box office based on its unusually small for Marvel (yet still wildly huge) budget of $200 million. It received an impressive 96% rating on Rotten Tomatoes and is still considered a top option for streaming on Disney+. The late Chadwick Boseman, who tragically passed away in 2020 after secretly struggling with colon cancer, was the star of the movie as King T’Challa. Lupita Nyong’o played Nakia, his love interest in the film. These are some details about her time in her only MCU movie so far.

We know and love Lupita Nyong’o as Nakia now that we’ve seen her dominate the role in the 2018 movie. Things could’ve turned out very differently for her had another Marvel audition she did pan out in her favor. Nyong’o auditioned for Guardians of the Galaxy way before her Black Panther audition was even a consideration.

She wanted to play Nebula, a part that ultimately ended up going to an actress named Karen Gillan. Nyong’o was likely disappointed at the time because she probably didn’t realize what was in store — a role so much better suited for her.

In Avengers: Endgame, the final battle sequence was highly intense with nearly every major character joining together in one place at one time. For that reason, this movie was a huge deal, and the battle scene, in particular, was substantial. When Marvel released its concept art for that final battle scene, the character of Nakia was included alongside Scarlet Witch, Captain Marvel, Shuri, and more.

Based on the concept art, Nakia was definitely supposed to be part of that moment. Nyong’o still hasn’t publicly made a statement on why she wasn’t included in the scene, but according to Heroic Hollywood, it’s assumed she didn’t make it because of her busy schedule with other movie roles. The 2019 movie premiered the same year as three of her other films: Us, Little Monsters, and Star Wars: Episode IX.

Lupita’s training for the role of Nakia

When Collider interviewed Lupita Nyong’o to ask her about the physicality of her role in Black Panther, Nyong’o revealed that the training process wasn’t as simple as you might think. She described having to change her diet and wake up at unreal hours. She said, “This week alone, I woke up to work out at three in the morning, which is ridiculous. So it does take a lot of physical endurance and a commitment to your body like nothing else. But it’s been so much fun to challenge my body in this new way.”

Taking on a heroic role in any capacity requires dedication and focus. She obviously maintained those things in time for filming. She also revealed to Essence Magazine that she relied on lean protein and healthy carbs to get her body in great shape.

Lupita Nyong’o might not be a professional martial arts expert but that doesn’t mean she wasn’t able to catch on to some important moves to make her character more believable for Black Panther. She revealed, “Nakia’s fighting style is … informed by Judo, Jujitsu, Silat, and Filipino martial arts. I’m learning all these cool skills and I get to jump higher than I thought I could jump. I get to roll backward, which I thought I would never do after the age of eight. So it’s been fun” (Marvel).

Pushing your body beyond limits you never thought possible is oftentimes part of the deal for Marvel actors across the board. Fortunately for Nyong’o, she looks good showcasing her martial arts skills even if it’s not something she’s completely familiar with.

Ryan Coogler obviously did an excellent job directing Black Panther and making Wakanda feel like a believable place we all wish we could visit someday. Lupita Nyong’o agrees that he’s a great director to work with. She explained, “Ryan is an incredibly collaborative director and he is very responsive to our needs and suggestions. It really feels like teamwork when we’re on set” (Collider).

She went on to say that the reason he’s so great at directing is that he’s got football and box training experience. In other words, the fighter inside him is able to lean on those instincts throughout the many action scenes being filmed.

Yahoo Entertainment asked Lupita Nyong’o how she feels about filming Black Panther’s sequel. Understandably, her feelings are quite complicated. She said, “People ask me, ‘Are you excited to go back?’ Excitement isn’t the word. I feel like I’m in a very pensive and meditative state when it comes to Black Panther 2. [Chawick’s] passing is still extremely rough for me. I can’t even begin to imagine what it will be like to step on set and not have him there.”

She was incredibly close to Boseman, so moving on with the franchise without him is obviously going to be extremely challenging for Nyong’o as well as the rest of the cast. Their approach in creating this highly anticipated sequel will have to be extremely gentle, with moviemakers behind the scenes maintaining the utmost patience with the cast.