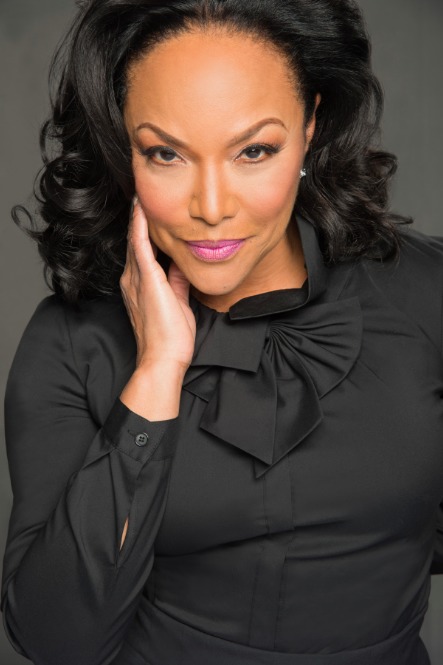 If you haven’t watched Greenleaf on OWN or Netflix, there may be some spoilers here. If you have watched, then you know it is one of the best 21st-century, strongly written recurring dramas streaming.

In Greenleaf, Whitfield plays First Lady and matron of the wealthy Greenleafs, founders of a megachurch in Memphis.

It was a treat to talk to the Emmy Award-winning Whitfield, a vet of movies we love including her debut in the HBO’s prestige biopic, The Josephine Baker Story, A Thin Line Between Love and Hate and Eve’s Bayou.

Why is the show ending after five seasons?

I can’t give you a reason other than the series has had a big beautiful arc and the writer/showrunner always saw it as a five-season arc, leaving the story at the high point. What is so wonderful is that everyone has been so supportive and people don’t want it to end. Maybe it’s better to leave them wanting more, right? They just announced that they are going to look for a spinoff of Greenleaf. We don’t know anything about it, you’ll have to wait and see, but there will be a continuum

This season seems to be one of reckoning. No one is trying to be a saint, and all have sinned. Would you agree and why?

Yeah, I think everyone is on equal footing that way. Every member of this family has made good choices and bad choices that have consequences. So I don’t think there is finger pointing anymore because they’re up against an outside threat; these people are taking over the church, so the family is coming together to try to save the church. 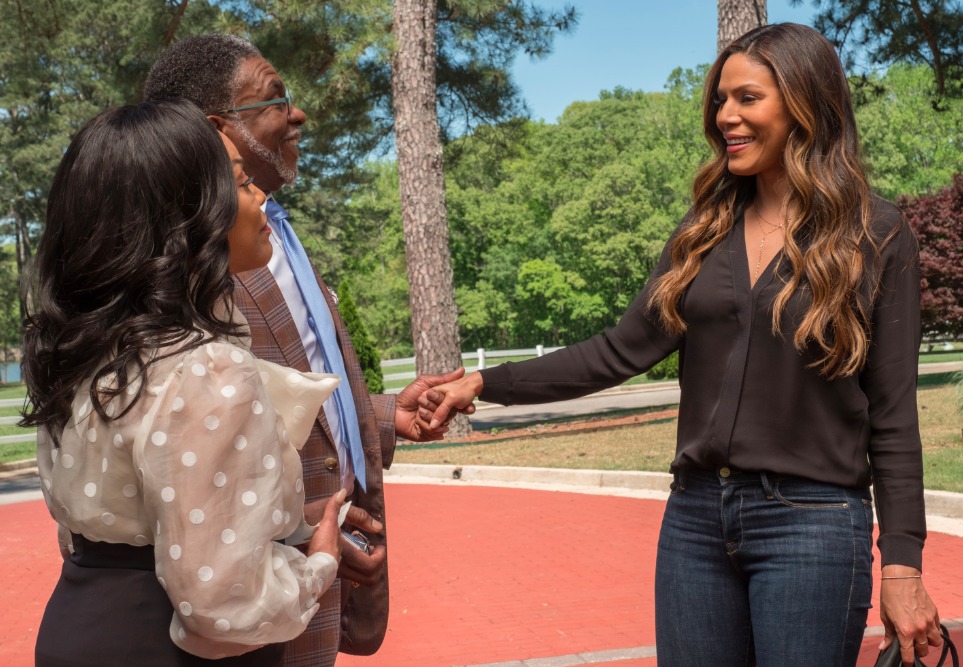 What has made Greenleaf different from the other OWN-produced continuing series such as, say Queen Sugar?

That would probably be a question to ask you! I think that each and every one of these characters has something that they want so that is the drive of everybody; all of the characters are just strong-minded, and they all have something that they are trying to achieve. But Queen Sugar is great, and OWN has great shows. Do you think it’s different?

It’s the pacing. I think Greenleaf has really great pacing.

Yeah, it’s very exciting because you don’t know what to expect a lot of the time and each character has a strong storyline.

A young ingenue can have a great storyline, and now with the entrance of Grace’s son, everybody has a great story. You are right, each one is presented with excitable energy. Omigod, the cliffhangers are always intriguing and you really do see each character fall from grace in their own way.

What do you think Lady Mae wants now?

She has a very funny storyline this time because, for the first time, she is not just trying to say, “This is what I want.” She’s saying, “I need to quiet and still myself and see what God wants for me because trying to do this for myself is not working out.”

So she is actually trying to figure that out. She tries to commune with God and fast and pray and figure out the answers.

Ultimately, I don’t think she is sure about the marriage because they have had so much water under the bridge and because she doesn’t want to become consumed again in the marriage. She wants to fulfill her purpose as well.

I don’t know. Most people don’t want a bunch of grown kids living with them, but she does! [Laughs.] 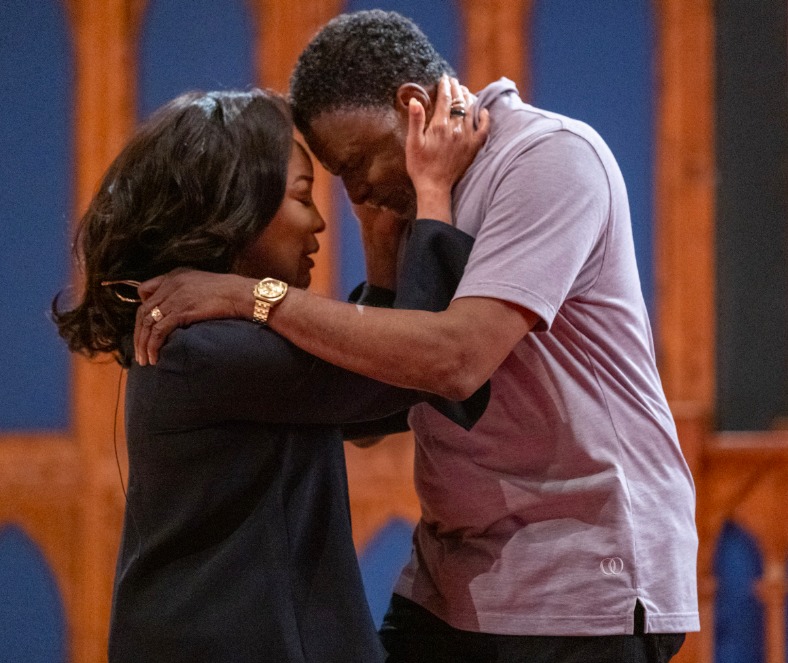 Can you give us just a little idea of what to expect this season, or is that off limits?

Everybody is making final decisions this season about what is going to become of their lives and how they will fulfill their purpose. We don’t know what God has in store. Sometimes the best laid plans of men go astray.

You recently did a guest spot on The Resident. You played this wonderful character, a sort of narcissistic mom/doctor. Now that this is over, what kind of role would you like to do next?

I’d love to do a romantic comedy for a person of a certain age; women trying to find [love] and they’ve got all this baggage. Trunks and trunks of stuff that they have lived through already.

I’d love to do sci-fi, an otherworldly type of person. It would be so exciting to play something like that.

I think sci-fi is a lot of what-ifs and letting your imagination go into characters that are more ethereal or from another world.

I’d love to do a James Bond kind of thing, where I’m a supporting character. There are so many genres. You know I’ve been in what would be called a family drama.

And I would like to play a woman who has no child and no husband. 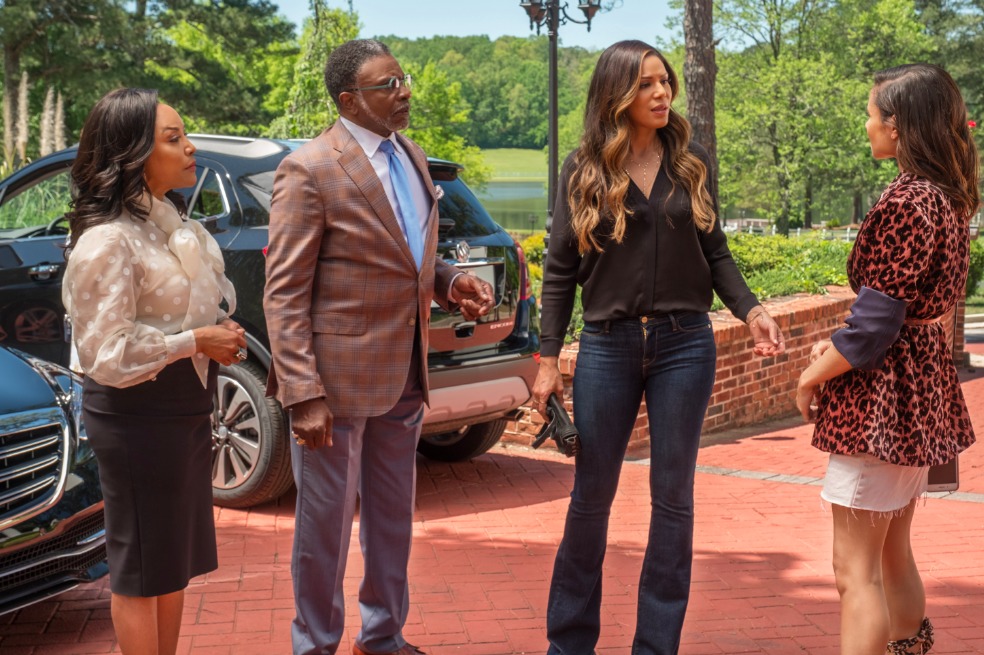 That would be a stronger character?

I think there is more freedom in that. When what you’re playing is outside the family structure. There’s no mother/daughter/son/husband/wife. I think it would be fun because so often in family drama you’re dealing with that instead of external forces, and you are limited to what the character can be due to the constraints of family. So yeah, I would just love to play somebody who didn’t have anybody in the world, on her own; a single woman roaming the earth and how that would shake out.

Your daughter is in the business. What kind of advice have you given her?

Oh, Grace: We’re each other’s muses. We talk all the time. I’ll give guidance in how you approach a character. My father was a musician, and we listen to his music and talk about that all the time.

When you meet fans, do they have a favorite role of yours?

I try to guess before they say what it is. I look at them and I say I know, “It’s Cheetah Girls. Mama Cheetah, right?” Or someone else will say it’s Thin Line. [Mock lower register male voice]: “Aw, baby, you showed me what it was like to be a man. I learned a lot from that. You made me a bettah man. Oh and I had a crush on you!” So funny.

I say, “Don’t get into years, just have a crush on me now. What am I, chopped liver?”

I have fun with the fans.

‘Tales From the Hood 3’ is Coming to SYFY