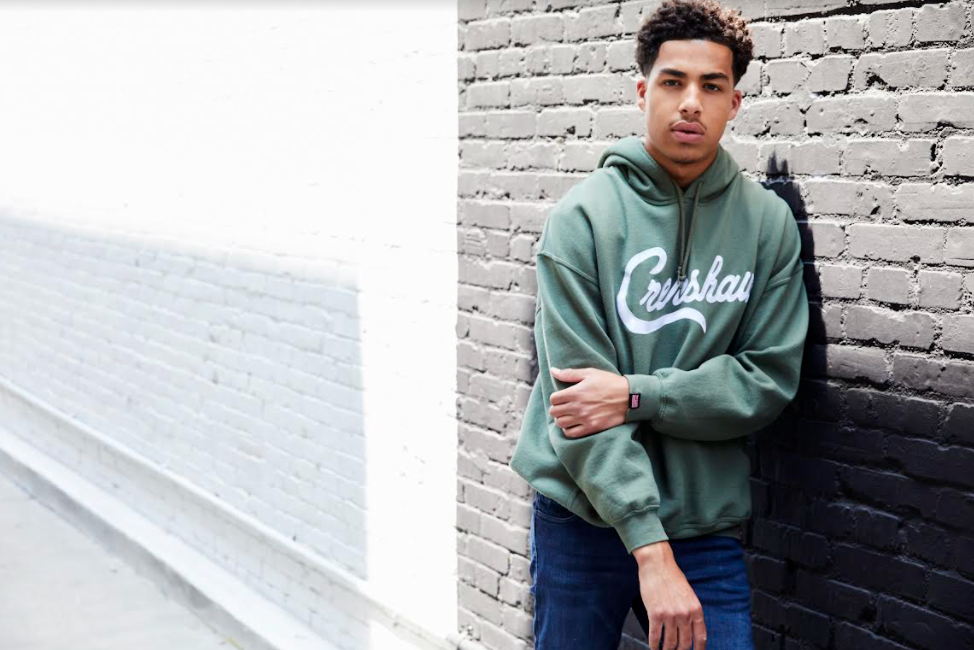 Marcus Scribner is changing speeds as he says farewell to his role as Andre Jr. The Black-ish star has stolen the show for the last seven seasons as the vivacious and a bit air-headed big brother of the clan. As the eighth and final season is set to premiere at the top of the new year, Scribner already has a lot of work and passion projects already lined up for him. When he isn’t in front of a camera, you might find him obsessively scrolling on Kelley Blue Book’s website, looking for his next buy. This is why his recent partnership with the brand as they unveil their first-ever NFT was the perfect opportunity for the car enthusiast.

I chatted with Scribner via Zoom to hear about his brand deal and upcoming movies.

The final season of Black-ish premieres on January 4, 2022. How does it feel to have that chapter of your life come to a close?

It feels kind of surreal. It’s been eight years of my life. I started when I was 13 on this show, and through the years have had so many amazing episodes. Nearly 200, I think, after this eighth season is coming to a close. I’ve grown together with every single member of the cast, and we feel like a huge family. So, of course, it was sad filming the last episode. But I’m really glad that we got to send it off with an amazing eighth season and celebrate Black life and Black culture and Black love and everything that we’ve done over the years. It’s all culminated into this moment. It’s definitely gonna be a huge celebration, but also a tearjerker, as it was for us on set.

Now that the show has wrapped and you hopefully have a little downtime, are you able to tend to some of your hobbies? I know you’re a car enthusiast.

This holiday season I’m probably going to hang out with the family and whatnot — you know, do all the normal holiday stuff. Me and my family love my mom’s sweet potato pie, so I’ll probably help her with that. If I’m lucky. Sometimes she doesn’t let me because she’s like, “You’re trash at cooking.” But she makes this amazing sweet potato pecan pie — the best you’ll ever have. And hopefully, I’ll spend some time with my car. I’m kind of missing my car. I’m in Albuquerque right now filming a movie but fortunate enough to live vicariously through some of this because I partnered with Kelley Blue Book on their Best Buy Awards for 2022.

Tell me about the Best Buy Awards and why this partnership means a lot to you.

The Best Buy Awards are a list of 300 cars with their best attributes, whether that’s gas mileage, capacity, vehicle size, towing capacity, all the things that we look for as daily car buyers. You can shop and compare those cars, and at the end of the year, they award the best cars from each of those categories. This year, they’re doing something called the Model NFT by KBB.com, which is really hype. NFTs are super big right now. They’re doing their own NFT that features the evolution of the automotive industry starting from a horse-drawn carriage all the way to a Ford pickup truck, which is really hype because it’s just a super dope NFT. You can see it posted on my Instagram. It’s this rotating NFT but with the evolution of cars. I’m a huge car enthusiast. My girlfriend always gets on me because I go on Kelley Blue Book More than I go on Instagram. I swear I’m always there. People think it’s kind of weird, but I’m telling you, real car enthusiasts know, you always have to check where the market is. I’m always shopping and comparing. I actually got my first two cars through Kelley Blue Book, so it’s a perfect pairing.

What cars do you currently have, and what dream cars would you like to add to your collection?

I have a GLC 63 S and an M4, and I love those cars. They’re like my babies. I’m literally right now very anxiously awaiting seeing my car back home. But my dream car is definitely a Nissan GTR R34. They’re not legal to import yet, but as soon as they are, you know your boy’s on it.

Let’s shift gears a bit. You play Wallace in the upcoming film, Along for the Ride. What was the experience like?

[Laughs.] Yeah, the movie was a great time to film. I shot it down in North Carolina. It’s funny, I come up with nicknames for wherever I shoot. So right now I’m in Albuquerque. I call it “The Dirty Querque.” Tell me that’s not a sick nickname. Then we shot in North Carolina for Along for the Ride, and I called it “Nor Car.” I think that’s already a thing but whatever. I felt like I popularized it. But it was a great time. I play Wallace in the movie. It’s about newfound love and coming out of your shell. Wallace gets to support all that and be one of the homies, so it was a great time filming.

What else have you been working on recently?

So I just recently started a production company called Scribner Productions. We just finished producing our first film, which I’m really excited about. Something that I want to do honestly is to create some kind of car movie franchise that isn’t The Fast and the Furious. I love The Fast and the Furious, but come on, there’s more to car culture. I feel like creating that for the younger generation would be a dream for my production company, with people of color as the leads. That’s the whole mission statement of my company: uplifting young Black voices and putting us on television and putting us in films so young kids have people to look up to. That’s my goal.

Obviously, I’ve always loved fantasy as well, so I’m adapting a fantasy novel. I’m currently in the midst of doing that. I’m adapting a multitude of fantasy novels and continuing on that path. And playing a superhero. We want to do it all. I definitely have the best of all worlds.