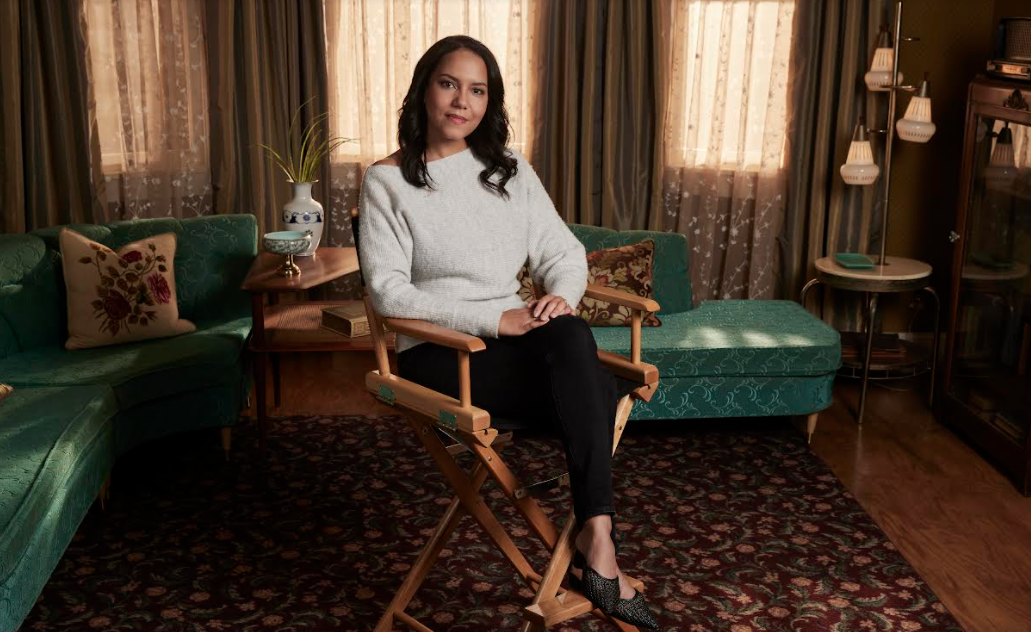 Emmett Till. Though his murder occurred decades before, it is the name many of us heard as a cautionary tale of the endless depravity of hate. Now, Women of the Movement takes an intimate look at Mamie Till-Mobley’s fight to bring his murderers to justice. Based on the books Emmett Till: The Murder That Shocked the World and Propelled the Civil Rights Movement by Devery Anderson and Death of Innocence: The Story of the Hate Crime That Changed America by Chris Benson and Mamie Till, this series has made Till’s story tangible. It has centered on the victims and made real the suffering and courage of a grieving mother.

Marissa Jo Cerar, a Black woman courageous in storytelling, is an Emmy- and WGA-nominated writer whose credits include The Handmaid’s Tale and 13 Reasons Why. She is the creator, showrunner, and executive producer of this moving series. Cerar has beautifully transported us into 1955 Chicago and Money, Mississippi, and does a fantastic job of laying bare the ugly, yet accepted truth of the time — a Black child’s life could be easily traded for a white woman’s “honor.” The more things change, the more they stay the same.

Cerar’s passion for this project is evident as she speaks with BGN via video about telling the story from Till-Mobley’s vantage point, her only deal breaker, and the possibility of a second season.

Lovecraft Country and Let the World See are two examples of the resurgence of Emmett Till’s story. What inspired you to create this series?

It’s been a journey of two-and-a-half years for me with this project, and it was by accident, to be really honest. I was on hiatus from The Handmaid’s Tale, and I was planning to take the summer off. I was at a general meeting at Kapital Entertainment with Aaron Kaplan, and they had this book about Emmett Till. I said I would love to develop a series but from his mother’s point of view. The story had to focus on the family and who they were before the tragedy so that we weren’t telling another story where we are the victims. In reality, Mamie’s choices made her a hero. I didn’t want that to get lost. I spent months researching as much as I could, and I fell in love. I learned so much about them. It became the most important thing I’ve ever done. It was such a massive responsibility to do them justice.

What about Mamie Till-Mobley’s journey interested you, and why did you name the series “Women of the Movement”?

I love the idea of telling a story where maybe people have heard this person’s name or they have seen them in their history book or read a paragraph. I like to really dig deep and tell you who they were and what their contributions were to the civil rights movement. There’s so many amazing women in history and present day who we would love to focus on and tell their stories.

In terms of Mamie’s journey, I was consuming all I could about her and realizing how young she was. She was in her early 30s. She was a single mother and a working woman in Chicago who had her own two-bedroom apartment. She was an amazing dresser. She was independent, and she was very soft-spoken. Her mother was this very strong woman who was really more like Emmett’s mother, and Mamie was like his sister. She wasn’t born a superhero. She wasn’t born with an inclination to fight back, but she found it. That’s what I admired so much about her.

Tell us about your decision to begin the story before Till’s death.

That was a condition for me. I said, “I will not do this if you want me to open with his funeral or at the crime scene.” With George Floyd specifically, I was literally rewriting the last four episodes during the summer of 2020 when we saw the end of his life. We didn’t know who he was. We’re seeing the ends of our lives on videos, but we’re not seeing the human being who was murdered. I wanted people to see Emmett’s life, to see the light that was extinguished, so that the people who will see a murder and still find a way to rationalize it, to make an excuse for it — I want them to see Emmett’s face every time they have an inclination to do that. That was why it was so important to me to see him born. He had a difficult birth and faced polio as a young child. For him to overcome all of that and then have his life taken like that was horrific. That’s why he’s in every episode. That’s why we remind the audience of his age in many different ways.

The warning that plays before each episode says, “This content can be triggering due to historical and current-day traumatic experiences.” What are your thoughts and feelings around these injustices continuing to occur?

It’s horrible. I don’t have the answers, but I feel like we have to talk about where we come from in order to understand why these things are still happening. This has been happening for generations. We can’t pretend that it’s not happening to all of us. Throughout this process, the number of events that have occurred in the two-and-a-half years is far too many. One is too many. The best thing I can do is to keep telling stories, to keep shining a light, and to continue to humanize us. Sometimes in television and film, you don’t get the nuance and the layers to us. That’s my goal — to keep doing that as much as I can.

How do you feel shows like this relate to the battle over critical race theory?

I hope that it serves as an example of how important it is to talk about our past. During the focus groups for the show, we asked participants about Emmett Till, and most of them had never heard his name. To see that George Floyd is the Emmett Till of 2020, and Trayvon was the Emmett of 2017, and Jordan Davis — there are too many.  We have to keep talking about why these things happen in order to stop them from continuing to happen.

Does the title indicate that there will be other women whose stories are told under this banner?

It’s up to the network to order another season. I know exactly who I want to focus on if we get a Season 2. I can’t say who it is, but I’ve met the family. I’ve been speaking with them for months. If we get a second season, it would be in a different time period. It would be unexpected, and I promise very few people have ever heard of her, her family, and the crime that occurred. It’s another harrowing but inspirational story of us fighting back in the most dire of circumstances. If people watch the show and they love it, support us and share it. This wasn’t just a job. We wanted to honor the family.

Season 1 of Women of the Movement can be viewed on ABC’s website, as well as on Hulu.