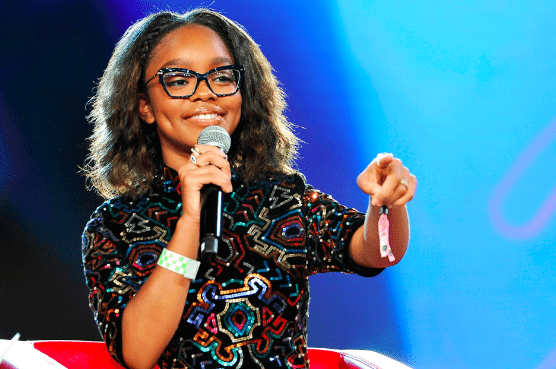 As the new streaming platform Quibi continues to pump out more new content, it is providing more opportunities for actors and entertainers to get creative with the platform. Marsai Martin, best known for her work in the ABC series black-ish,  is set to host her own talk show aptly titled Tiny Talk Show.

According to Deadline, the show is produced by Art & Industry. Tiny Talk Show is the billed as the world’s smallest functional talk show. The set will be a one-sixth scale of an actual set that reflects the mission of the show itself: intimate, revealing, and devoted to subjects with a lot to say. Marsai will ask her guests some big questions and steer us through this new world as we discover sometimes the littlest voices are the loudest.