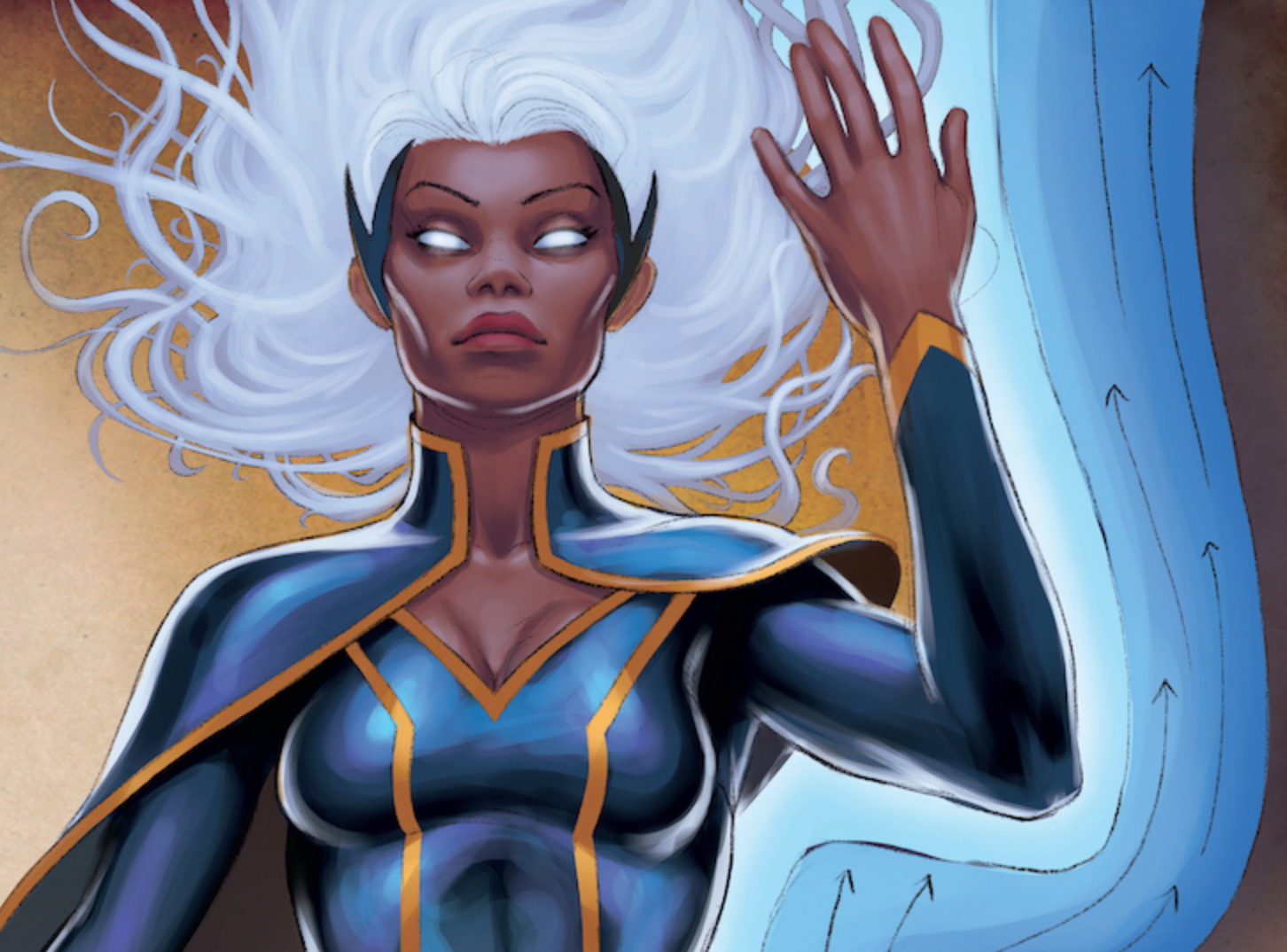 Marvel Anatomy: A Scientific Study of the Superhuman is the perfect tool to get ready for Marvel’s Phase 5. Marvel Anatomy: A Scientific Study of the Superhuman is told from King T’Challa’s perspective. As it begins, T’Challa discovers that Skrull forces are infiltrating the superhero community. Shuri and T’Challa comb through Wakanda’s archives and find the anatomy and secrets of superheros to create a catalog to correctly identify enhanced individuals from ill intended Skrulls. T’Challa reveals the unique super powers of over sixty Superheroes and Super Villians in this eye-catching book. It took the brilliance of generations of Wakandan scientists to learn how to harness the power of Vibranium and use it to create wealth and protect their people while keeping their tech secret from the rest of the world. Brilliance has been passed on to King T’Challa and Shuri who continue the tradition of protection through knowledge and research continually improving technology with the end goal of protecting Wakanda.

Marvel Anatomy: A Scientific Study of the Superhuman is the perfect coffee table book for a Marvel fan.

The illustrations are just plain cool and the writing complements the images in ways that are understandable for all ages, entertaining, and engaging. Marvel Anatomy: A Scientific Study of the Superhuman explores the anatomic breakdown and powers of extraterrestrial lifeforms like Groot and Thanos, technically enhanced individuals like Iron Man and Black Panther, and mutants like Storm and Mystique. The book works for experienced, long-term Marvel comic book fans as well as for folks who have just become fans of the Marvel Universe through the films and TV shows on Disney+.

Each image gives a thorough breakdown of how the character’s powers work from the inside out. Readers will not learn exactly what the mysterious combination of cosmic energy and gamma radiation was that gave General Thaddeus “Thunderbolt” Ross (soon to be played by Harrison Ford) the ability to transform into the Red Hulk. But readers will learn why he can turn into a Hulk like Bruce Banner and Jennifer “Jen” Walters and how his ability to change the temperature of his skin during moments of extreme rage works. Red Hulk gets so hot his body has a red aura with a temperature so high the atmosphere doesn’t affect him. He can transform that heat into energy and shoot it through searing hot beams from his eyes, and we get to see that from the cellular level.

The image of Storm shows how she is able to harness the elements around her and control lightning, thunder, rain, and wind as weapons to protect and defend those who are threatened by the evil forces out there ready to strike. It also gives a hypothesis on how her vision factors into summoning the elements to bend to her will.

Storm is a character whose power is often taken for granted and I love seeing how intricately her powers work. She is such a powerful force and is so underused in the X-Men films, it’s nice to see her featured here.

In the comics, Storm is a fully fleshed out person. Storm’s name is Ororo Munroe and she is the daughter of Kenyan Princess N’Dare and David Monroe, an American photographer. Storm was born in Harlem; her parents relocated to Cairo, Egypt, when she was a baby and died in a car crash. Ororo was orphaned and ended up surviving as a petty thief. She left the city with the intention of finding her ancestral home, and almost died crossing the Sahara. Her powers manifested during that time where she also saved a kidnapped King T’Challa and became somewhat of a goddess when she brought rain to a drought-stricken village. Dr. Xavier worked with Ororo to defeat a mutual foe and invited her to join the X-Men. Man, I’d love to see that film someday.

Speaking as a person who does not read comic books, I am inspired by Marvel Anatomy: A Scientific Study of the Superhuman to take a deeper look into the Marvel comic book universe to learn more about this world. It’s also a helpful aid to watching the Marvel films and learning more about the characters we all know and love, along with those we aren’t so familiar with. The illustrations are truly spectacular and assist the text enabling the reader’s imagination to be sparked which brings all of the characters to life.

Marvel Anatomy: A Scientific Study of the Superhuman is available at bookstores now.