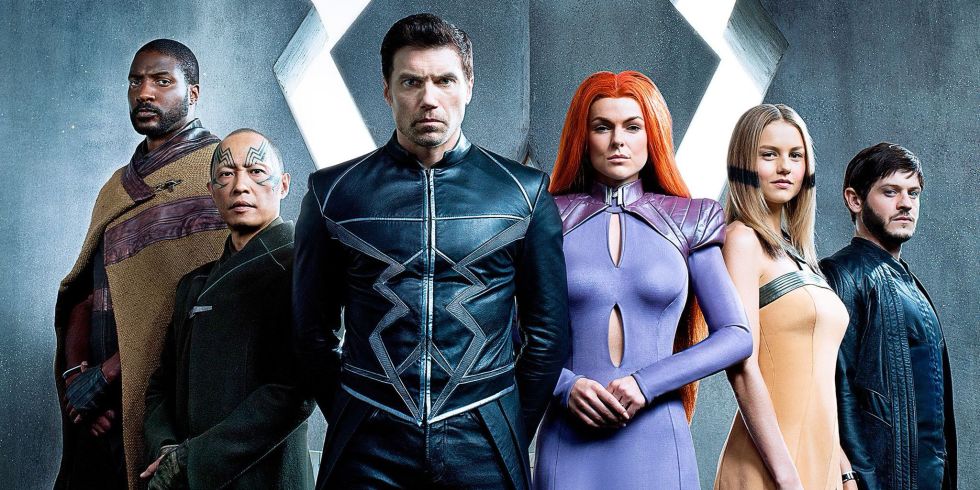 As I watch Marvel’s Inhumans, I try desperately to imagine what the conversation in the room was like when executives decided to greenlight this project. I imagine it went something like this:

Executive 1: I have a great idea. Let’s make the Inhumans into a live action show and premiere the first two episodes in movie theatres. IMAX no doubt!

Executive 2: [beaming] Sounds awesome. Who could we get to write it though? I hear there are some truly talented writers looking to break into the superhero genre. Wait, let’s get the showrunner who was let go from the roundly criticized Iron Fist!

Executive 1: Excellent choice. Didn’t he also run the final seasons of Dexter into the ground?

Executive 1: Dexter was a helluva show back in the day, but oh well. Iron Fist may have been universally panned, but it was one of Netflix’s most watched premiers.

Executive 2:  I know what will really make this a hit. The teleporting bulldog has to be huge and fake looking and so does Medusa’s hair.

Executive 1: Got it covered! 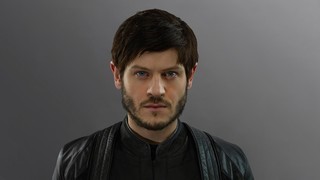 I know this fictional conversation reads ridiculously, but Inhumans in its current form is patently absurd. There is so much wrong with Inhumans that I feel bad beating up on the show, but it has to be done. Here are just a few of its problems:

Inhumans has managed to do the impossible: make viewers long for the return of the disgusting Ramsay Bolton of Game of Thrones. Iwan Rheon, who so memorably portrayed the villainous bastard of House Bolton, is reduced to a third rate wannabe king. His Inhumans character Maximus isn’t the least bit intimidating despite ordering the killing of his own people in order to usurp the rule of his brother. Of course no one expects Rheon to replicate his GOTs character here, but he needs a much better script to work with. His long speeches and insufferable contrived longing for Medusa are excruciating to watch, and I am sure they’re even more painful for the talented actor to portray.

What many of us love about superheroes is watching them kick ass! Inhumans manages to even muck that up. Watching Medusa fight (with or without her ridiculous hair) was like watching twenty-year-old home movies of me and my brother pretending to be Hulk Hogan and The Junkyard Dog. The barely there elbows to the back, the flopping around, and the heads moving back before a fake punch is thrown are cringe worthy. Where are the talented stunt doubles when you need them? 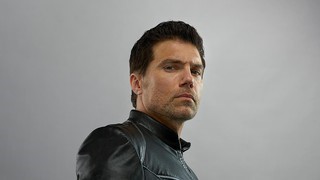 Finally and sadly, InHumans lacks what all great superhero renditions must have: heart. There is not one character that has made me want to invest in what he or she is trying to accomplish. Well, perhaps Black Bolt, but my connection with him is minimal and all too ironic. Black Bolt is unable to use his voice and therefore has no speaking parts in the show as of yet. What Black Bolt does in silence to endear the audience is what the writers of the show have failed to do with their most important creation: the dialogue. None of the characters have outlined a purpose for us to care enough about following their stories. Great heroes and heroines make us believe in their causes and root for them to exact justice for themselves and others. These superhero qualities are sorely lacking here.

If the conversation around creating Inhumans didn’t go as I envisioned, I’m alarmed at the decision making going on at Marvel. So either the executives are completely inept and tone deaf or they just don’t care about giving their die-hard comic book fans the shows they deserve. Both of those are gloomy prospects, but I sincerely hope it’s not the latter. Marvel’s Inhumans airs on ABC Fridays at 9/8c.