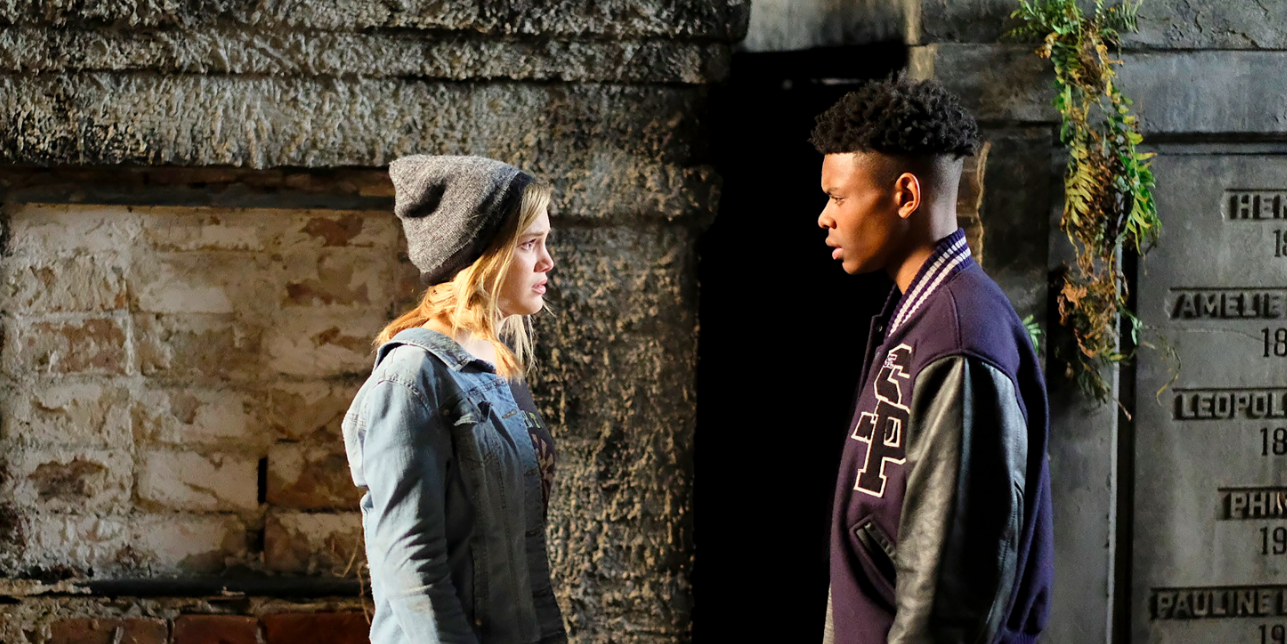 Freeform’s new show, Marvel’s Cloak and Dagger hopes to bust stereotypes and embrace a more inclusive world on and off the screen with heavy themes and challenging topics. Based on the comics by the same name, Cloak and Dagger follow two teenagers from very different backgrounds, Tyrone (Aubrey Joseph) and Tandy (Olivia Holt), as they acquire superpowers that are mysteriously linked to one another. Earlier this week, BGN got to chat with the cast and crew of Cloak and Dagger.  The following features interviews from Aubrey Joseph, Olivia Holt, Emma Lahana, Jaime Zevallos, Noelle Bercy, and Carl Lundstedt.

BGN: With the resurgence of the Black superhero, how excited are you to bring Cloak to life and what are your thoughts on him fitting in with other roles like Black Panther, Black Lightning, and the like?

Aubrey Joseph: I think it’s just right on time. And think that, I say this a lot, Black men in themselves have been very dehumanized and females have always been minimized. So, it’s just kind of like, this is the jump-start to the new normal. We’re seeing a lot more Black heroes and Black people in a great light and females with power, so that’s what I’m really excited for people to see. I feel like it’s going to impact people so deeply. Growing up I saw nobody that looked like me, as Cloak, and as a young Black male. We have a lot of great adult superheroes, but you know I feel like Spider-Man and The Runaways are, maybe I’m wrong, but basically it. So just having a young Black male to look up to and things like that. Even to say that myself, is unreal, you know. We have such a great show and I can’t wait for people to see it. It’s going to impact so many people on a high level.

Noelle Bercy: I just wish this was around when I was a kid. And since I’m here now it’s just so inspiring to think where a little girl will be when she’s my age because she has this representation. So, I’m just so excited to be a part of this project not only cause it’s Marvel right, who doesn’t want to be a part of Marvel, but there’s a female superhero, there’s a Black superhero.  It’s not just people who need to be saved you know, they’re offering something. So happy to be a part of it.

Carl Lundstedt: It is really cool to see an interracial, I mean we don’t know whatever’s gonna happen, but an interracial partnership. I can say that. And one that honestly, I feel like a lot of the times if it’s even represented in television or films, a lot of the times the male is not Black, and the female is not white. Just in our society, learning about how watching the 13th documentary and how that narrative throughout all the years has been so detrimental to black people. And that this is just unapologetically, as it should be, saying these are two teenagers and I just think it’s really special and it’s about time too.

BGN: What sort of conversations are you hoping this show will spark?

Emma Lahana: I think this is so important too because of the issues that we touch on and we really go there. And I think it’s really important to start speaking up about those things, especially to the younger audience. Here’s a conversation starter and we should be talking about these issues as opposed to shying away from the elephant in the room. And people don’t want to address certain things that are really kind of going on this country and its time. It’s a really divisive world. I was actually so impressed every time you’d read the script I’m like, “Wow. We’re going there. Okay. Great.”

Jaime Zevallos: And I didn’t know Freeform was so on edge. I was like this is cool because I kept thinking ABC Family would be like the Fosters or something like that. I just had this idea it was like Hallmark. And when I read the first script I was like, “Okay, this isn’t my idea of what Freeform is.” It pushes the boundaries. And I was reading the script I’m like, “Oh. This is a curse word.” I was like they wouldn’t allow this in the 90s on television, but it was good. 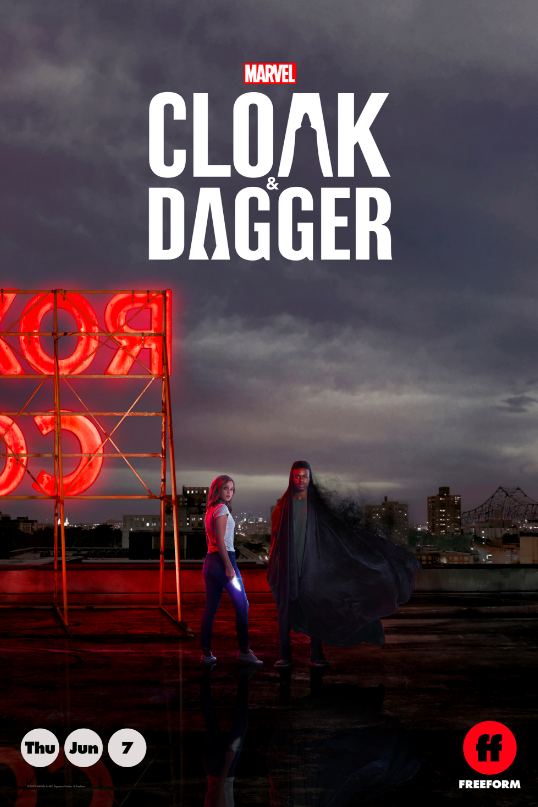 Olivia Holt: I mean we focus on a lot of heavy topics. From sexual assault to police brutality, addiction, and a lot more. And I think that’s just the beginning of the movement we’re trying to start. It was actually kind of interesting timing, we were in New Orleans shooting the show, and this whole movement was happening from the #MeToo campaign to the March for our Lives. It was like back to back to back, movements were happening, and I think we started to gain a lot more perspective and we started feeling way more passionate about the material that we were creating. We were almost seeing the future in a way because the writing was already there, and things were happening that we weren’t necessarily expecting to happen, so I think it’s so important for us to tell an authentic story, not glamorize anything, don’t sugarcoat it, don’t throw it under the rug. A lot of conversation has been hidden for so many years and the fact that we get to openly talk about this and start a conversation and have an open dialogue about something that is real and happening in society right now is very important for us. We’re very grateful that we’re the ones that get to do that.

Aubrey Joseph: There’s always a start to change. You know, obviously, two people can’t save the world. We can’t save the world, so where you start is talking about it. You can never really understand what another person is going through, but just trying to connect and see where we went wrong, you know what I mean, and how we move forward. I think definitely talking is huge. We talk about a lot of issues like [privilege]. There’s a lot of police brutality involved. Just that privilege is something we don’t really talk about and just that they discuss it is huge.

Olivia Holt: It exists. And to make people aware of it is something that we don’t want to throw in people’s faces or make it too preachy, but to just normalize it. Make it something that is happening and makes it aware for people. You know, the first time they actually have a conversation is in that fourth episode and they get to hash it out on each other and really explain and go into full detail what it is like in their shoes. And we want to make people feel like they aren’t alone. I think as millennials, the worst millennials, we want our generation to have a voice, and be opinionated, and speak up, and that’s one of our goals for this show.

Aubrey Joseph: Suicide, anxiety, and things like that, especially coming from me, like, just in my community, it’s kind of like therapy and talking about your feelings is shunned away. Just being able to talk about it on this show as well since we talk about so many other things is just perfect. And I feel like a lot of young people are going to be watching, and just to see that, and see something that maybe they’ve been going through and been a little too shy to tell anyone; It’s kind of like, you’re not alone and a lot of us go through it. Keep pushing.