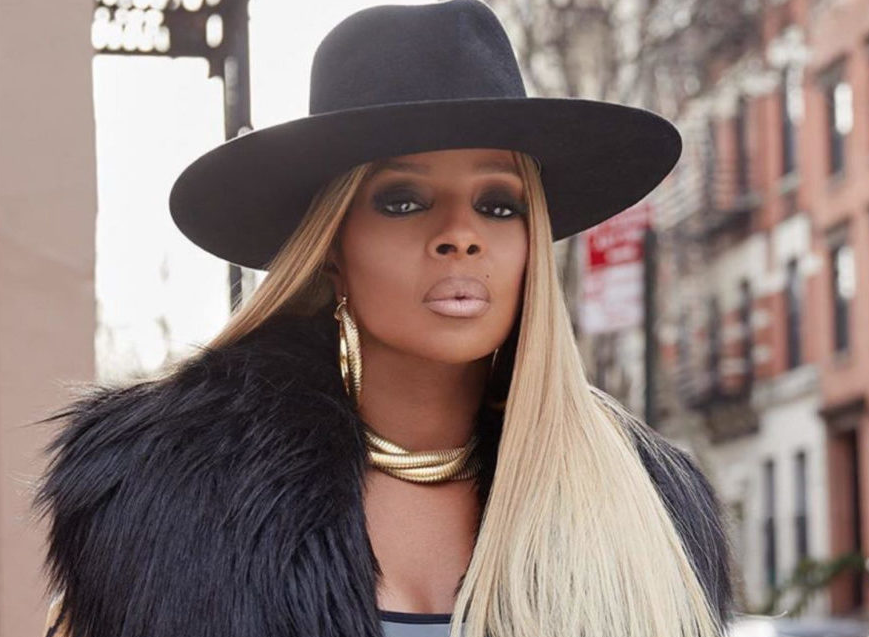 We rehearsed for weeks in Maritza’s basement: four Black and Brown girls with hairbrushes in front of the mirror. Maritza, Tonya, Nicole, and I planned to sing Mary J. Blige’s “Be Happy” for a school talent show. We choreographed an original routine and were each responsible for separate singing parts.

I had the second verse. I turned my denim apple hat backwards for the occasion and let my hair curl around my ears. At the end, when Blige said, “Now let it breathe,” Maritza and Nicole harmonized the background vocal, “All I really want / is for me / to be happy” and Tonya and I crooned the original chorus “All I really want / is to be happy.” In true Blige fashion, we left it all on the stage. We were in sixth grade.

Reminiscing on that brings me to an uneasy smile. What made Blige’s gritty and vulnerable longing in her My Life album resonate with us as little girls? It couldn’t have just been that we wanted to be grown, singing grown folks’ songs. Her wish was our wish. We each connected to her music, for reasons I would only be able to fully appreciate as an adult.

Mary J. Blige’s: My Life documentary celebrates the twenty-fifth anniversary of her second album. This sophomore effort cemented her as the spokeswoman for Black women’s pain and the one who always emerged victorious. This mix of trauma and triumph comprises the central tension of the film and, dare I say it, the tension at the heart of how we understand Black women: how do we talk about Blige’s pain (and that of her legion of Black women fans) without circumscribing her (and them) to do it?

The My Life documentary combines reflective interviews, studio footage, archival interview footage, performance clips, meet-and-greets with fans, archival news reels, and conversations between Blige and some of the people who made the My Life album. The film narrates Blige’s early life, teenage years, discovery, rapid ascent to stardom, and the creative and personal events surrounding the My Life album. The documentary had to address Blige’s relationship with K-Ci of Jodeci. In true Mary J. Blige fashion, those portions are grown-woman honest.

Creative animation shorts shore up memories of early life or obscure private moments. Often, the animation returns to the image of a little girl’s face in profile with the sun behind her. This is “little Mary” as Blige refers to her, living her “life in the sunshine,” to riff off the Roy Ayers sample. The sun also doubles as an old 45 record spinning its music. Much of the animation communicates a particular mood within the documentary segment. When Blige talks explicitly about depression, we see an animated Mary with her iconic blonde pigtails standing alone as water rises above her head.

As promised, the documentary describes Blige’s feelings of depression and suicidal ideation as she and her team wrote and produced My Life. Yet, the film rejects the idea that Blige’s experience is solely individual. Instead, the documentary contextualizes Blige’s pain within its time period — the late 1980s and early 1990s, during the crack epidemic — and its geography — Yonkers, New York, specifically Schlobohm projects.

Unlike other depictions of depression, this film highlights contributing systems and structures. This crucial context clarifies how systemic racism and oppression help create spaces that squelch joy. Blige describes the setting and psychology of poverty, including the danger of dreaming or smiling because jealous people might hurt you. She also explains that feelings and traumatic memories recur, indicating the cyclical nature of depression. Blige’s startling clarity about her environment and its role in her pain forecloses the possibility that anyone could “just get over it.” When Blige remarks that another neighborhood reminds her of Schlobohm, it becomes even more clear that the prevalence of poverty means Blige’s experience is not unique, which accounts — in part — for her mass appeal.

Blige described “Be Happy” to a room full of fans, saying that is still her wish. For some, including certain people in the documentary and even Blige herself, that means her job is to live her life openly, so that others can be inspired. If that is her mission, will we ever be able to support a Blige that is not going through?

Unfortunately, the documentary does not benefit from the voice of a Black mental health professional. Given Taraji P. Hensen’s presence, it would have made sense to include a therapist or an expert who could speak to the trauma Blige has survived. Hensen, now a spokeswoman for Black mental health, does not broach the subject in her interviews. Given what we know Mary has survived — abuse, manipulation, poverty, the music industry, wealth — the presence of mental health expertise would have been informative and empowering. A culturally competent therapist could talk about the therapeutic nature of Blige’s music and what other material resources someone, including Blige, might need including therapy. It is not as though Blige herself is unaware people need material resources. Her own Foundation for the Advancement of Women Now Inc. (FFAWN) provides educational access and parenting support for women.

I would later find out that, among my friend group, we were each carrying some trauma: parents’ divorce, being in foster care, unwanted sexual attention, depression, loneliness. No one could have spoken for us. Our truths had to come from us. This is why it is unnerving to hear some of the men, including Diddy and Andre Harrell, speculate about Blige’s inner life. Their words may not be inaccurate, but they do seem incomplete. They focus on Blige being troubled and how she was able to connect with women because of it. Blige herself articulates a much more complex experience. It was certainly painful, but singing and music helped her get through. As she says, “The only thing that kept us guided was the music.” Blige’s interviews underscore that she wrestles with the tension of the documentary itself: the painful process of creating the album that led to a certain kind of healing for her because singing made her feel free.

We knew that one documentary wouldn’t be enough to give us all of the Mary J. Blige we want to know and clap for and sing along to. And, for those millions who have been her fans since 1991, we know her pain is not the sum total of who she is. We don’t buy a vision of the Queen of Hip-Hop Soul that has her down forever because we don’t buy a vision of ourselves that is defined by our pain. The Queen celebrated her fiftieth birthday this past January 11. May her words from her previous birthday celebration still be true: “I don’t like to wish so Imma go and believe that what I desire in my heart will be.”