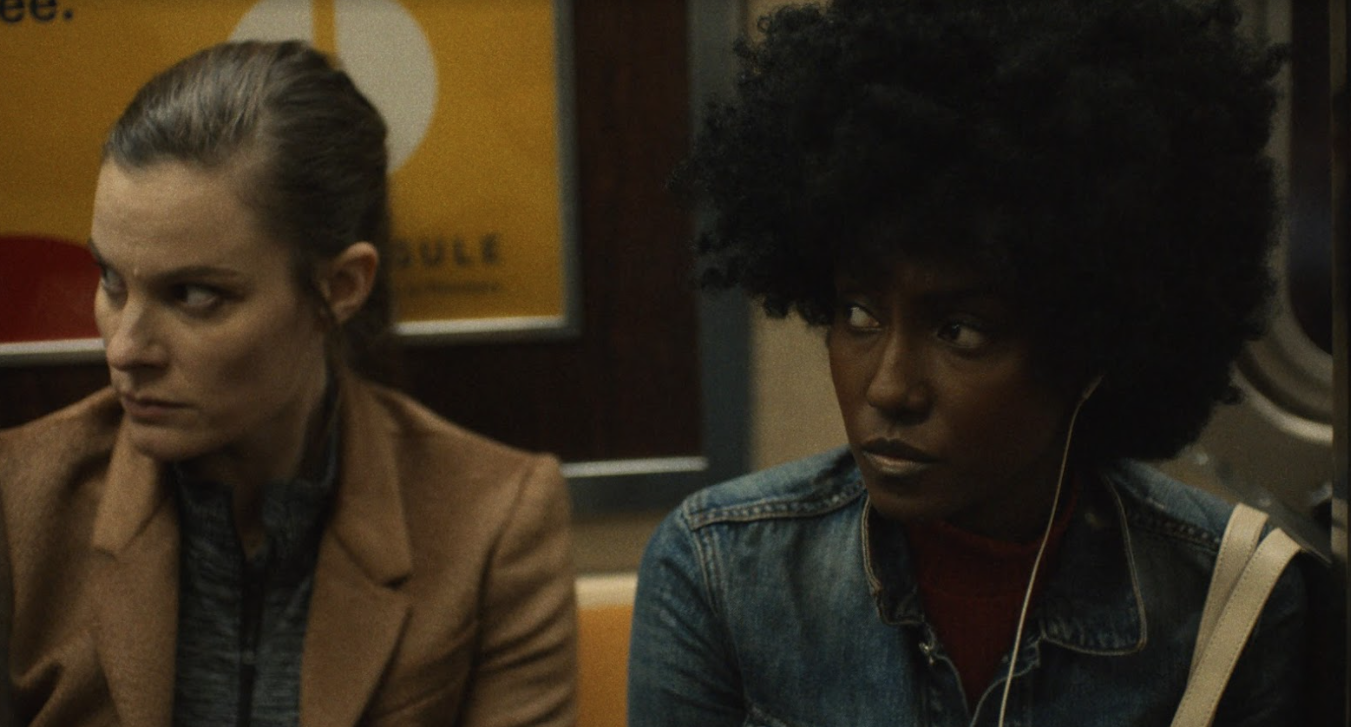 Materna is enlightening, raw and completely unfiltered. This film will have you feeling like you’re watching an episode of Law and Order that’s 110% disturbing but now that you’ve started there’s no way you can turn it off. It’s really hard to follow because there isn’t much information to go off of for each character’s story. But you may find yourself sucked in by its artistry and deeply emotional depictions. I’m more of the “happy ending” type, so if you’re like me this film will highly depress you, but not without enlightening you first.

The film follows four women in New York who find themselves on an unfortunate ride on a subway together. The first woman (Kate Lyn Sheil), Jean, whose acting is immaculate, goes through a home abortion. What Materna does with Jean’s experience is incredible. It illustrates the raw and unfiltered truth behind an abortion process. Jean takes the pill to abort, which has the perception of being the easiest and least compromising method. Quickly, Materna shuts this notion down with an honest rendition of a woman experiencing it firsthand — a rendition that should be viewed by every man who has ever challenged a woman’s right to choose what to do with her body.

Jean’s story is two-fold with her mother constantly in her ear about finding a husband and having children. Jean is successful and seems to be  conducting her own business venture. If Jean were a man, society, mother included, would praise her lifestyle and tell her to be highly selective about choosing a partner while enforcing the fact that she shouldn’t rush into anything. But Jean is a middle-aged woman on the brink of her eggs being deemed useless.

Jade Eshete is stunning and makes her character Mona the epitome of “never judge a book by its cover.” Mona is going through a rough time in her career as an actor, which isn’t abnormal. But I think what Materna does with her character is really eye-opening. It shows rather than tells how an unstable home life trickles into everything you do, sculpting who you are and how you conduct yourself as a human being. Mona is clearly unsure of herself, self-loathing, and people pleasing. Her acting coach points most of these qualities out subtly. Mona, in a monologue with her acting coach, finally opens up and expresses her discontent for her mother’s rejection of her, and we get to see something I hoped Mona would have expressed directly to her mother. Although she didn’t express this to her mother directly, Materna shows the importance of having to let go or at the very least speak to someone.

The third woman is played by Lindsay Burdge, Materna’s Ruth, whose story will probably be the hardest to watch of them all. Ruth is a bigot. To make this statement worse is that she has an impressionable son who has taken the lessons from home into the classroom. I love Materna for this woman’s story because as a Black woman my initial response was anger, then immediately after I thought, “People need to see this.” Ruth’s story is the perfect illustration of how racism, sexism, homophobia, and simply a rejection to anything other than self is taught at home. Her battle could be perceived as one with her son or even her brother but it really resides within herself and her ability to recognize that her and her husband’s views have imposed a sense of hate in her child. I am so proud of how this film does not come off as an unrealistic depiction of these traits people carry with them or an exaggeration that seems like a joke or “crying wolf.” Materna (as I’ve already mentioned twice before) is raw with its content, unfiltered, and is probably going to make a lot of people angry because of the truths it tells.

The final woman is Perizad (Assol Abdullina). Her story follows her journey back home to see her family who have just experienced a tragic loss. Much like the first two women Jean and Mona, Perizad has a very jaded relationship with her mother, but unlike these two Perizad and her mother are able to meet one another halfway. We also get to see the very direct confrontation that was needed between mother and daughter.

Materna is described as a film following four women who are struggling to find their identity and connection. I think a better description is that this film explores the nuances that surround motherhood, which is exactly what the title of the film represents. This film is rooted in the relationships surrounding motherhood whether they be mother-daughter, mother-son, mother-fetus, mother-baby, or mother-family. Each character has a need to get through something deeply painful with their mothers or their own view of themself as a mother. These are hard confrontations to face especially when it is affecting everything else in your life. Materna is telling a story that is never told, possibly one that is shameful to tell. Women are often known to share their emotions openly, but when it comes to the trials of motherhood the female community rarely expresses their discomfort. Materna showcases these trials from both sides.

Make sure to catch this film and continue the conversation. Premiering August 6 in Los Angeles and New York and August 10 on Utopia.