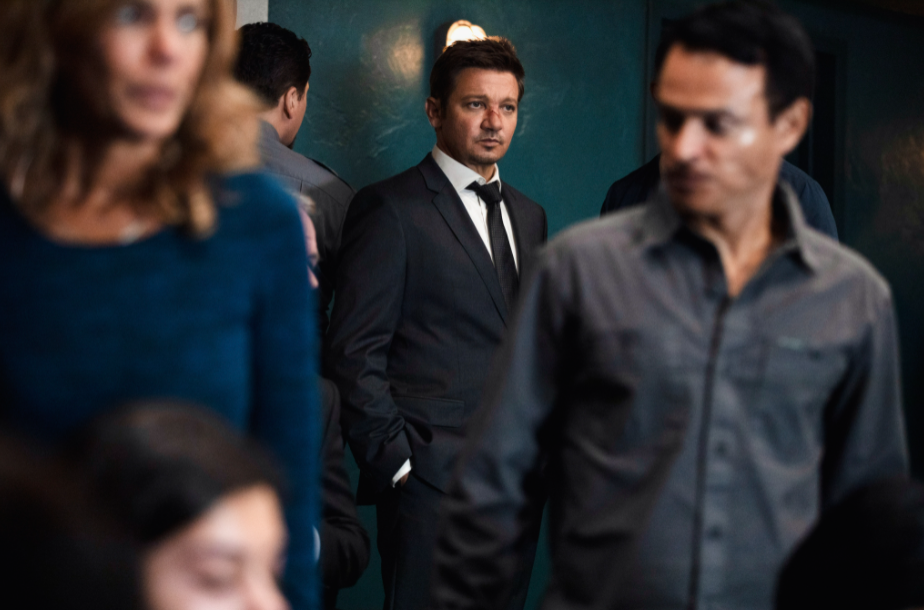 The upcoming American crime thriller Mayor of Kingstown, created by Taylor Sheridan (Sons of Anarchy) and Hugh Dillon (Yellowstone) Paramount+, centers on the business of incarceration and how the notorious McLusky family is seeking to call the shots.

The McLuskys are an influential family of power brokers who impact the way both crime and justice, and the lack thereof, are handled in Kingstown, Michigan, and it’s often a brutal affair. The TV series addresses the problems within the prison industrial complex and how systemic racism, inequality, and privilege shape the lives of a town that is wrought with corruption.

Black Girl Nerds was able to ask some of the cast members a few key questions during the series’ virtual press day roundtable. The press day featured Renner, Dillon, Wiest, Bamtefa, and Handley discussing some of the major themes of mass incarceration and injustice within Mayor of Kingstown.

To Jeremy Renner: The opening scene sets the tone for the whole show, as it highlights the corruption of the prison system and the failings of the people who operate it. How, would you say, is your character Mike ultimately trying to change things?

Renner: That’s the job. That is, it’s understanding the needs or wants or desires of everyone in the environment that they’re in to either have those or not, you know, understanding the unspoken rules inside the prison, let alone what the rules are. If [he] wants to keep the peace, and he’s the only guy who can because he knows everyone’s job and he has lived half the people’s jobs, so he’s a guy who can be the lubricant to keep that engine running.

To Hugh Dillon: I wanted to know what inspired you to create a show that not only focuses on inmates but also unpacks the prison industrial complex business that people don’t usually learn about in a TV show or movie or in general?

Prisons are the most brutal, unfair places in our society. I grew up in a town that had nine of them. So, as a kid, when you pass the guard towers when you’re five and six, it looks like Disneyland. My folks were like, “That’s not Disneyland.” Where I was from, there was a maximum security, there was a medium, a minimum, and a women’s pen. My friend’s parents were prison guards and inmates. It’s just where I was from, and I’ve always been fascinated with this unseen prison complex. It’s a world unto itself — how we treat those inmates and those people and how that bleeds into the town that is housing them.

As a songwriter, as a writer, and as an actor, I would keep coming back to this story. [Co-creator] Taylor was originally my acting coach 19–20 years ago. We would work on scenes, and then we would talk about what we like to do and what we’d like to make. He was interested in this town that I was from, and we always circled back to it. There’s an authenticity in that fact that that’s where I really grew up. It was a story I was wanting to get into. Taylor’s from Texas, so his thing was, he was fascinated with the same thing. We had a great executive producer, Michael Friedman, who for many years was an editor, and it just snowballed. Then of course, we have this awesome cast. We were so lucky to get Tobi and Emma, and Jeremy and Dianne. It blew my expectations out of the water with what we could really execute.

To Dianne Wiest: Miriam teaches women in the prison about slavery, which is, in so many ways, parallel to mass incarceration, as are so many of the topics that the show takes on both racially and systemically. So, how do her lessons present the overall message of the show, and do you think it’s meant to educate people?

I think Miriam means it as a way to get these kids out of a cell for an hour and see if perhaps they’d even half listen to something bigger than the horrible things that can confine them. Taylor’s a really wonderful writer; I think he presents facts more than takes sides. He lets you see what’s happening and you make up your own mind. I was trying to do some stuff with the Civil War, and he said, “No, don’t do that. You’re letting them know how you feel. I don’t want you to do that. I just want you to present the facts and let the audience make up their minds as to what they feel or believe.”

It’s The New Jim Crow, as Michelle Alexander says. We make money from the poorest of the poor. It is sort of amazing. In order to make money running the prison, they have to cut out everything that prisoners once had in hopes of rehabilitating. So, there’s no education, or there’s hardly any education. There’s no workshop, there’s no carpentry, there’s no woodwork. There’s no libraries because those things cost money. That’s money that could be going into the hands of the heads of these corporations. We imprison more people than any other country in this world, and why do we do that? I don’t know. We can’t give them anything else. We can’t get them out of poverty. We can’t support them in any way on mental health. We can’t do anything with addiction, except jail everybody and get them out of the way and then make money off them. [Laughs.] Taylor’s gonna kill me for saying that.

Mayor of Kingstown premieres with two episodes on Sunday, November 14, on Paramount+. Subsequent episodes will be available to stream weekly on Sundays.