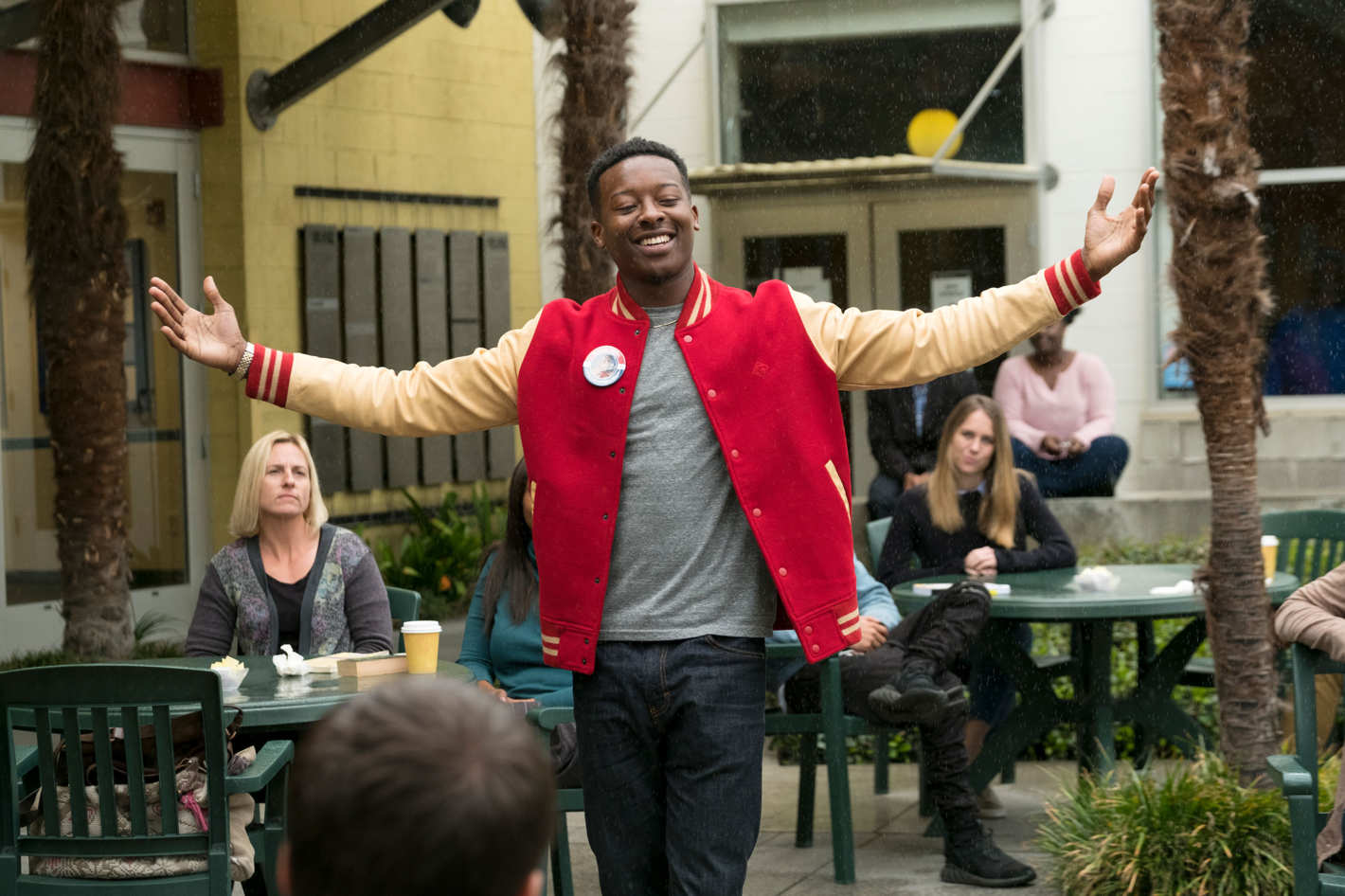 From the opening it’s clear there is only one thing Courtney really cares about, and that’s becoming the next big rap artist—and he will do practically anything to achieve that. To help him attain his celebrity status are his two best friends, T.K. and Jermaine (Marcel Spears and Bernard David Jones respectively). Thankfully Courtney has his mother Dina, played by the hilarious Yvette Nicole Brown, to keep him grounded.

At a town hall debate with his opponent Mr. Gunt (David Spade), Courtney is challenged to take the situation seriously, and surprisingly he does. When Gunt makes the same tired excuse of “things take time”, Courtney responds that he has no idea what it’s really like in their neighborhood. Instead of losing as he hoped, Courtney is declared the winner a week later. Once the shock of his win wears off, Courtney tells Dina and the guys that he’s not accepting his new position. Dina pulls Courtney aside and informs him that putting his name on a ballot is a big deal, because “that means something”. By running for mayor, Courtney told the people he wants to make their lives better, and as a rapper he already challenges the status quo. Feeling inspired, Courtney decides that he will accept his new position.

As a way to get to know his constituents, Courtney and his new chief of staff Valentina (Lea Michele), plan a neighborhood clean-up and bbq. Just as the party is about to start, Courtney receives a call to make a rap appearance at a nearby concert. While he’s rapping on stage, the police turn up at the party, and with no one present in possession of a permit, Dina is arrested. Once Courtney returns, Dina delivers some much needed perspective. She reminds him that she will always be on his side, but everyone else won’t be, so he needs to take his job seriously.

All in all I enjoyed this pilot for The Mayor. Politics are discussed in a direct manner without being too heavy handed, though some of the lines proved to be quite ironic considering the week we’ve had (and it’s only Wednesday). I love the sense of family within the main cast; Yvette and Brandon have an easy chemistry that makes them totally believable as mother and son. It’s clear Courtney will continue to struggle with the heavy responsibility of being a mayor, and his dream to be a rapper. Who knows, he might be able to find a balance, and rap for his city hall speeches.