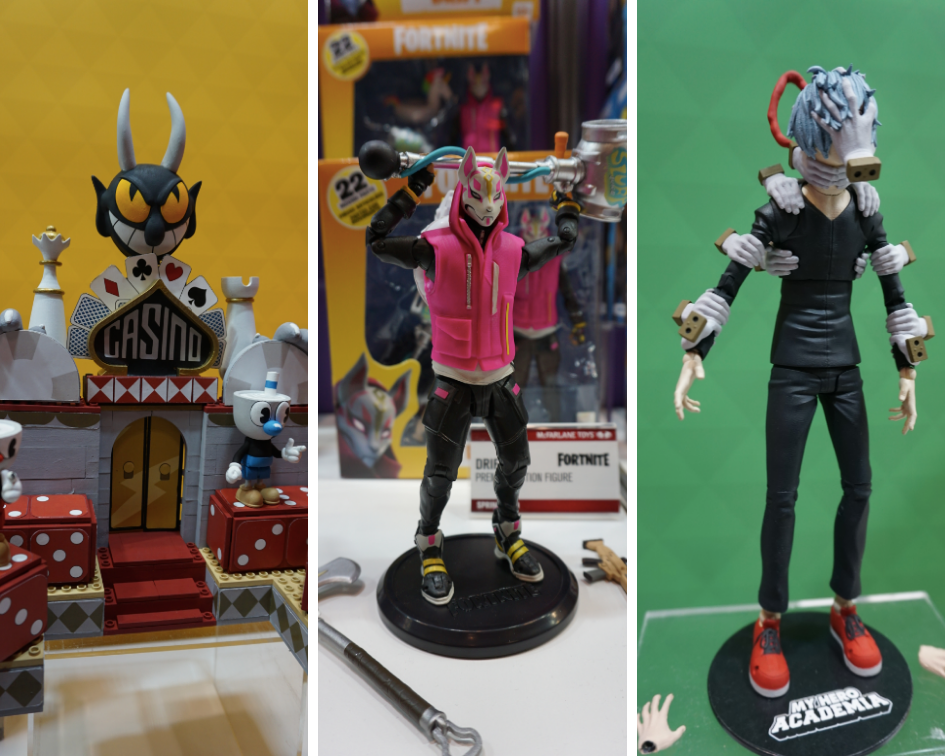 Black Girl Nerds recently had the opportunity to attend the 2019 Toy Fair at the Jacob Javits Convention Center in New York City which is being held from February 16th -February 19th, 2019. Toy Fair New York is one of the largest toy fairs in the country where over 1,000 global toymakers come together and show off hundreds of thousands of new, innovative, and fun products and toys. It’s a vibrant toy marketplace where over 30,000 global buyers and professionals come to take part in the U.S.’s $27 Billion-dollar toy industry. At this year’s event, McFarlane Toys, created by Todd McFarlane, comic book creator, Emmy-award winning producer, director and the creative force behind McFarlane toys unveiled a line of top-secret forthcoming action figures from the Harry Potter and Fantastic Beasts films. McFarlane Toys also showcased new highly articulated action figures for: Call of Duty, Five Nights at Freddy’s, FortNite, One Punch Man, Cuphead, Game of Thrones, Destiny and more.

Here are some images of photos taken of some the toys featured below: 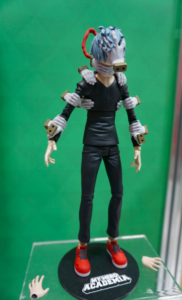 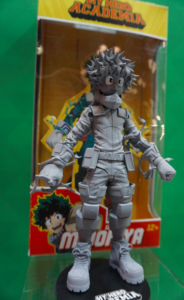 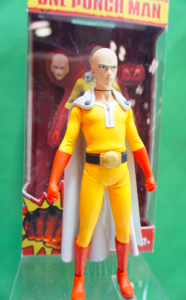 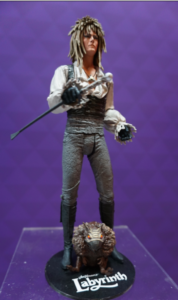 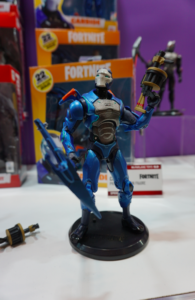 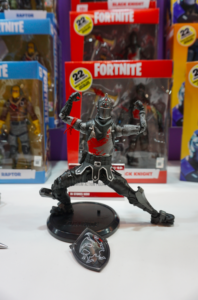 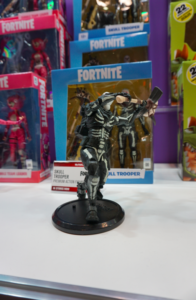 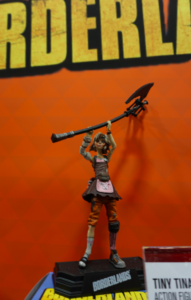 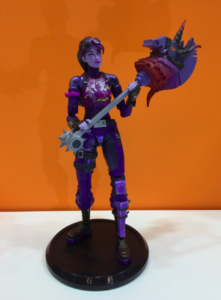 Tom McFarlane began his career with DC Comics back in the 1980’s. Todd McFarlane is the creator of Spawn, and his company McFarlane Toys has become one of America’s top action figure manufacturers in the country. McFarlane and McFarlane Toys recently entered into a three-year global licensing agreement with Warner Brothers Consumer Products, on behalf of DC, to release DC Multiverse Collector figures. Beginning as early as 2020, McFarlane Toys will bring DC characters to life with actions figures, accessories and vehicles from the DC Multiverse brand. Of this new licensing agreement, McFarlane states, “The DC Universe has captivated the world and to be able to play in that ‘sandbox’ now makes me feel like a kid all over all over again. I can’t wait to see what we accomplish together.” DC, the largest English-language publisher of comics in the world is home to world-renowned brands such as: Superman, Batman, Green Lantern, Wonder Woman, the Flash and more. 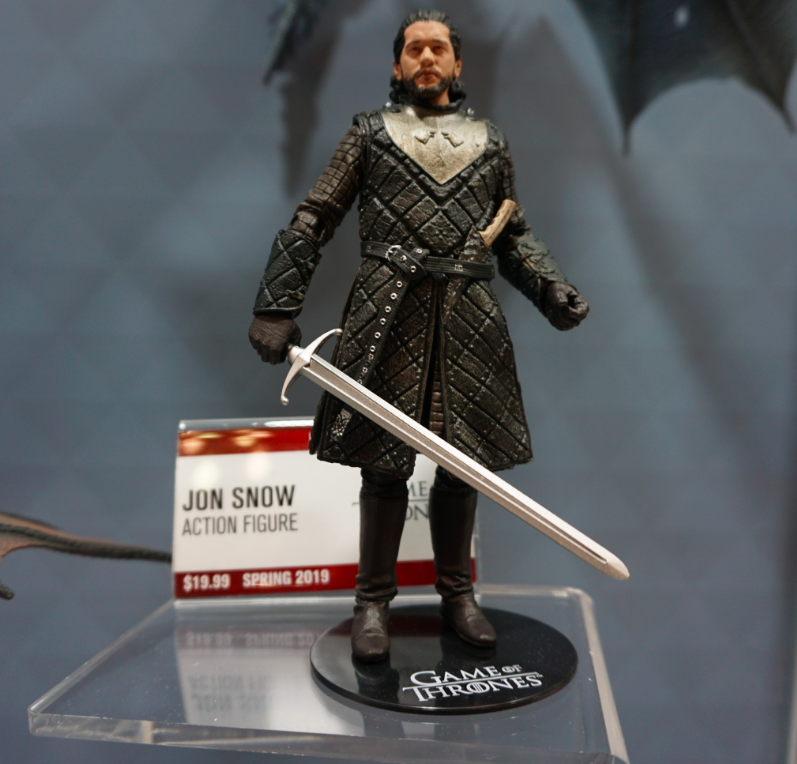 Some of the Toy Fair Showings

At the 2019 Toy Fair, McFarlane revealed the new Game of Thrones prototypes which will be out in April. The prototype of Jon Snow was a treat to see as his very likeness is seen in his action figure which includes his armor and sword, his slicked back hair and goatee. I also had the chance to view the best-selling figure “Dance Magic” Jareth of Jim Hanson’s Labyrinth. His facial features and signature spiky hair were so realistic and perfectly duplicated that it was uncanny. I was able to see some of the Anime Action Hero prototypes and fans will be pleased to know that each action figure will have a ‘quirk’. Saitama with his bald head, yellow suit, and red gloves and boots were really cool.  No details were missed, including the details of his cape. Five Nights at Freddy’s, one of their most popular and best-selling products was also on display, and it was interesting to see this product. Though it’s popular, it is kind of scary in my opinion. Call of Duty and Borderlands characters like Frank Woods and Lilith were on display and to see their uber-detailed likenesses was really intriguing. I especially took note of Lilith’s cropped hair and reddish hue. Altogether, there were so many amazing displays of figures to see. It was an interesting experience to have a private tour with the McFarlane team.

The unveiling of the forthcoming Harry Potter Line

Harry Potter is coming to McFarland Toys in 2019. The line will be unleashed in two waves. While no photos were allowed to be taken of the Harry Potter prototypes, I can honestly say that the line is sure to be a hit with the Harry Potter fandom. The first wave from Harry Potter and the Deathly Hallows is due to come out in July. The first wave will include fully articulated action figures: Harry Potter, Hermione Granger, Ron Weasley, and Lord Ron Voldemort as well as Buckbeak the Hippogriff, from Harry Potter and the Prisoner of Azkaban. All of the Entertainment Action figures will feature ULTRA Articulation and include accurate weapons or accessories. The figures will range in price from $19.99 and $24.99 at retail stores nationwide. 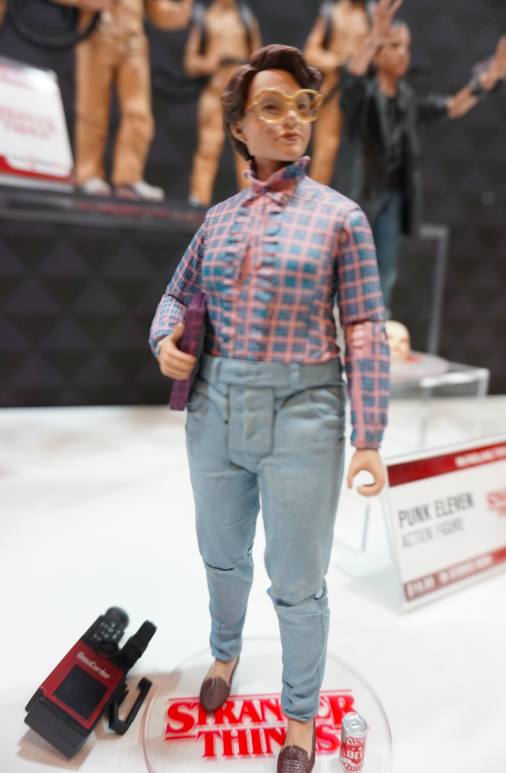 The Difference Is In the Toys

McFarlane Toys are distinct due to the very realistic characteristics of their toys, figurines and action figures. Their prototypes are super detailed, possess ULTRA articulation and diametric poses. For example, the prototype for Barb of Stranger Things is so detailed that it includes her mom jeans and her ultra-cool glasses. All of the prototypes include 22pts of articulation as well. McFarlane Toys is known for having intricately sculpted, beautifully painted and extremely realistic figures and collectibles. Check out some of the awesome photos below from our private tour with McFarlane Toys.