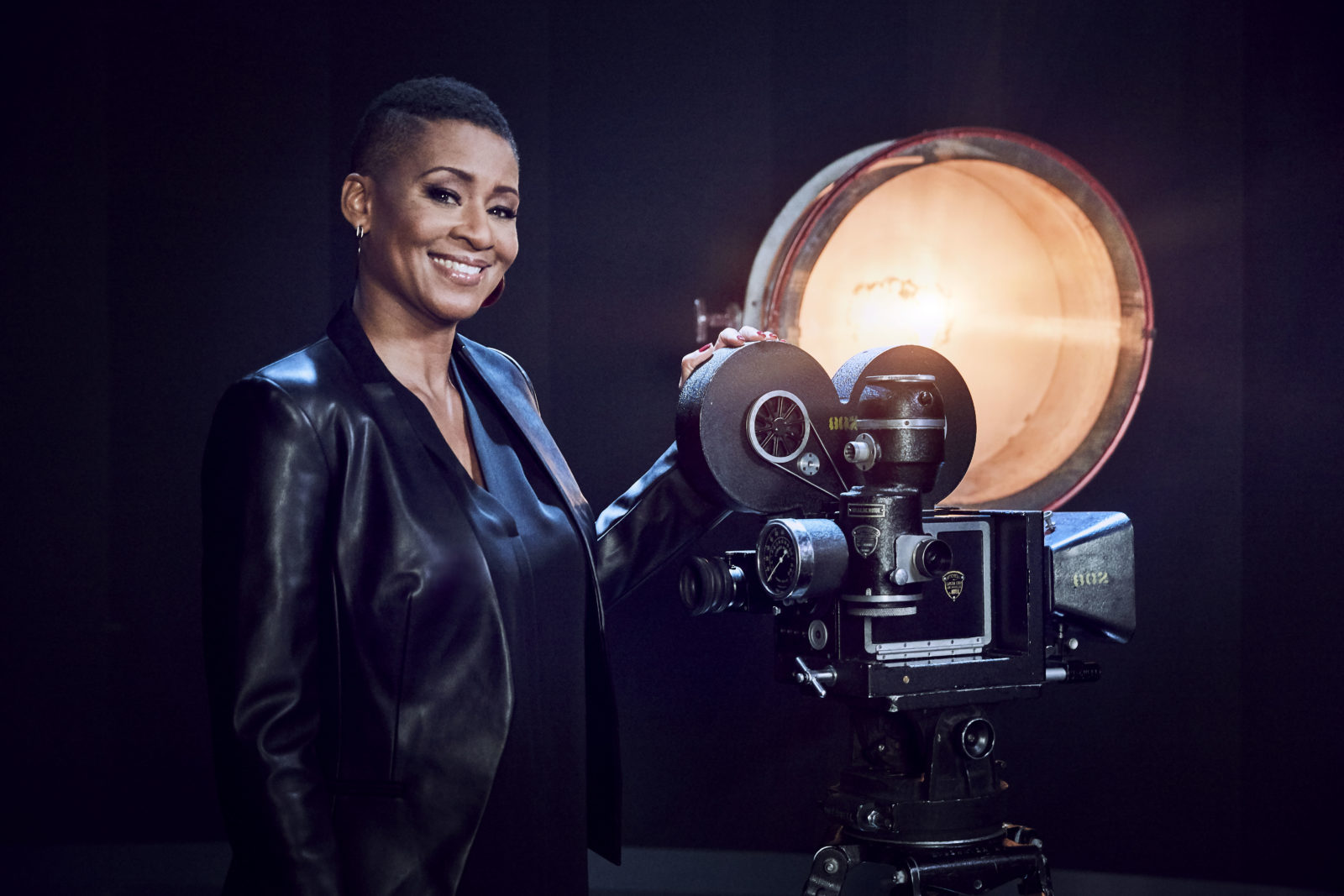 Stewart is the new host of Silent Sunday Nights, where she will introduce films and provide historical context for the franchise. A professor in the Department of Cinema and Media Studies at the University of Chicago, specializing in the history of Black cinema from the silent era to present, Stewart is a passionate film archivist and advocate for film preservation. Which makes her a perfect host for this historic series.

BGN had the opportunity to chat with the new host about the series, the current culture of remakes and reboots in Hollywood, and how the history of cinema hasn’t been too kind to the Black community.

Congrats on being TCM’s first African American host. It only took until 2019 to get here. How are you feeling right now about your new role and carving a new path of opportunity for future hosts?

Thank you for putting it that way. I’m just tremendously excited. And I think I’m most excited exactly for the reason that you just suggested. I don’t just see this as a personal achievement, or accomplishment, but as an opportunity to have a platform to really get more people engaged in talking about film history. So if my presence there gets young people of color excited about studying this aspect of our cultural history film history, then it’s all worth it.

Can you share with us what Silent Sunday Nights is all about and what kind of films we can expect to see featured?

Silent Sunday Nights is a program that’s been on since the beginning of the network. But it’s never had a dedicated host. It presents films that demonstrate the range of silent filmmaking. So very early films, I think the earliest film that I’ll be introducing is from 1907. It’s a short called The Haunted Hotel — really early stop motion animation. But then, we’re also showing films that represent the height of silent film artistry in the late 1920s, when the filmmaking was actually very sophisticated. We can see a range of styles that show how filmmakers are developing ways of using the camera, ways of using editing, and, even in some cases, ways of using color and toning to do what print media could not do or still photograph couldn’t do, which is really engage viewers in stories and characters.

There are some masterpieces that we’re showing. For example, The Passion of Joan of Arc, by Carl Theodor Dreyer, the Danish filmmaker, is one of the things that I’ll be introducing. But then I’m also really excited about demonstrating the diversity of voices that were involved in silent filmmaking. So showing the work of Oscar Micheaux, for example, is a big priority for me. We will be showing his film The Symbol of the Unconquered from 1920. And, we’re also showcasing the contributions of women in silent filmmaking, because there was a period when there was a huge percentage of women directors, writers, producers. The programming will reflect that as well.

Cinema hasn’t been too kind to people of color since celluloid was invented. Why is it important that we still learn about the history of cinema?

One of the things that I’ve seen over my years of teaching race and American cinema is that we can very easily fall into a pattern of teaching a litany of stereotypes — because there are plenty of them. We can make arguments about how the range of roles has been so limited for people of color in mainstream filmmaking. But I think part of the work that we should be doing and what looking at this kind of filmmaking helps us to see is that, first of all, classic Hollywood film is not the only kind of filmmaking. Over the years, [there has been] independent filmmaking, filmmaking happening all over the world. When we get a more complete picture of film history, I think that helps us see the complexity and the nuances of the representation.

I mentioned Oscar Micheaux, for example. One of the areas that I’ve done lots of research on is the so-called race movie period. This was a really robust and fascinating and important period of African American filmmaking when Black audiences were segregated during the first half of the 20th century. Because of that, because of the limited opportunities in mainstream media, there was a whole separate industry that African Americans created — a separate network of theaters, a Black star system, and Black writers and directors who were making films for that audience. So it’s absolutely important that we have a deeper sense of history and that we don’t limit ourselves to the conventional picture. But instead, we look at Hollywood filmmaking in a different way.

I attended film school, and I vividly remember working on a project to highlight filmmakers no one ever talk about. My subject was Oscar Micheaux. Why is there so little discussion on this incredibly accomplished filmmaker?

There’s a growing body of scholarship on Oscar Micheaux, thank goodness, for the reasons that you’re saying. One of the reasons it just wasn’t on the radar was that people were not looking for that kind of alternative filmmaking. Micheaux wasn’t talked about because his films were controversial. They were politically controversial. The film that we’re showing, The Symbol of the Unconquered, represents the Ku Klux Klan, not as heroes (as they are in Birth of a Nation), but really showing how their violent, terrorist activity was motivated by kind of jealousy, an active attempt to suppress African American entrepreneurship and empowerment — not that they were in some just war against Black people needing to be stopped because they were criminals.

His films were suppressed and censored heavily during their time. One result of that is the prints of Micheaux films have been difficult to recover. He made over 40 films, and we have about half? So there’s also a preservation issue. If you don’t have access, then how can you study them? How can you write about them? How can you put them up against the dominant film industry?

One of the things that I also really loved about his work is that the roles of the Black characters are not wrapped in stereotypes. Specifically, Black women were not wrapped up in the Mammy and Jezebel tropes. One example is musician and actor Hazel Scott. She refused to play those kinds of roles. Will there be an opportunity to highlight the history of filmmakers and actors who defied those cinematic tropes?

I hope so. Yes. I’m thinking about Ava DuVernay’s The Essentials series that she does with Ben Mankiewicz that’s been on the air. TCM has made some really important moves to showcase a wider variety of voices. That’s the latest example of that. I should say too that Donald Bogle actually published with TCM a book called Hollywood Black.

Yes, I have that book.

Dude, isn’t it beautiful? It’s just amazingly beautiful photos in there I’ve never seen before. I’m pointing to that as another example of ways that TCM is working now. So many viewers want this to give a fuller picture of this history. And Hazel Scott is one of my heroes. I’m so glad that you mentioned her name.

Somebody needs to do a movie about her.

Yeah, people just don’t know who she is. And it’s outrageous.

It seems that stories coming out of Hollywood are mostly reboots, sequels, and remakes. Is Hollywood running out of ideas, or is there a lack of opportunity being afforded to new filmmakers?

Boy, that’s a big question. Certainly, we can see how there are these franchises as you’re talking about, but I remain optimistic because it seems to me that there’s still voices that are coming, especially from the kinds of independent margin that are so powerful, that are finding their ways toward the mainstream. So if you look at Barry Jenkins’s career, for example, he makes absolutely stunning films. The fact that they’ve gotten the notoriety that they have, these films are so introspective that really focus on African American feelings and psychology, to make their way into like a Best Picture category, to generate a role that for which Regina King can win the Oscar for, those gestures give me hope and optimism. Obviously, the film industry is a business, so profit is central. But I think that we are still seeing ways in which audiences want to engage with films that really move them. We’re seeing more and more that race alone is no longer a factor that makes people who green light things think we can’t make those because it won’t touch audiences beyond the group that’s represented.

What do you hope viewers will learn and take away from this series?

Thanks for that question. As a professor, I definitely want this to be a place where people learn. One thing I hope people learn is that silent films are not just boring because they’re silent. They’re not entirely silent. When people were making these films, they didn’t call them silent films. They always come with music accompaniment. They draw on a really interesting history of performance. I hope that people can take away from these films just the incredible visual artistry that they represent and an appreciation for the acting styles in these films, whether that’s in a melodramatic mode or some of the masters of slapstick comedy.

How About Watching Some Classic Old Movies During Self-Quarantine?