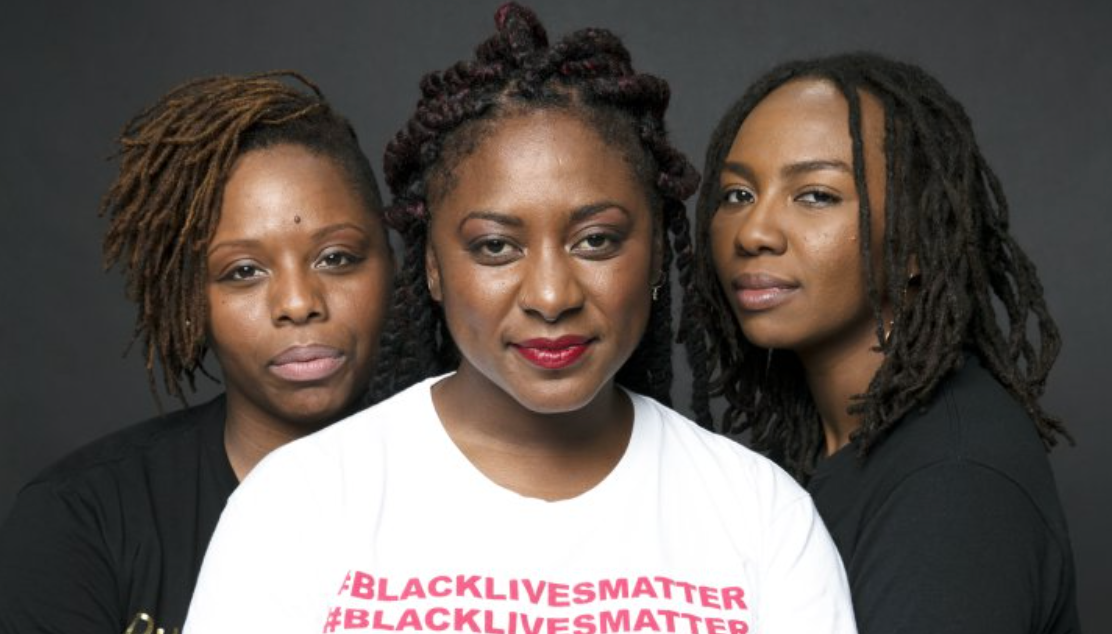 There is no better way to celebrate Women’s History Month than to celebrate the three inspiring visionaries making history right now. I was unaware that one of the largest social movements in the 21st century was founded by three women. But, in response to the acquittal of George Zimmerman, Trayvon Martin’s murderer, Alicia Garza, Patrisse Cullors, and Ayọ Tometi created the #BlackLivesMatter Movement, which shocked and moved people to action more than any other initiative in this century.

Their names were etched into American history when Garza wrote A Love Letter to Black People on her Facebook page. In it, she said: “I continue to be surprised at how little Black lives matter.” Cullors replied to the post with #BlackLivesMatter and from there, they recruited Ayọ Tometi, and the massive phenomenon began to grow.

They brought Black struggles into the mainstream, gaining traction in 2020 during the most uncertain time in my memory — the beginning of the COVID-19 pandemic. When we were at our most isolated, the BLM movement brought a sense of community that was sorely lacking due to the political unrest, pandemic, and recession. These women’s names are etched into American history because of their commitment to unifying Black voices and forcing white people to finally come to terms with their civil failings.

Alicia Garza is a queer author, organizer, and political strategist from California. She has made her mark as an authority on civil rights issues by getting her start in arguing for access to contraceptives when she was in middle school. That was only the beginning for Garza as she went on to attend the School of Unity and Liberation, where she was educated in grassroots organizing. She then joined other activist organizations, using her voice to promote her beliefs.

Her work is frequently featured in TIME, MSNBC, The Washington Post, The New York Times, The Guardian, Elle, and Essence. Her list of accomplishments is just as impressive as her publication record. It seems that no list in 2020 didn’t have Garza’s name on it. From the cover of TIME’s 100 Most Influential People in the World issue in September 2020 to Fortune’s 40 Under 40 and many others, Garza has proved to be one of the most notable voices in this modern civil rights movement.

What I admire most is that she is a woman of action and reminds us that “hashtags don’t start movements — people do.”

Patrisse Cullors is a queer artist, activist, organizer, author, and educator and the creator of the hashtag #BlackLivesMatter. Cullors got her start, like her co-founder Garza, in California with the Labor Community Strategy Center. At the LCSC, she attended their National School for Strategic Organizing and joined various groups, including the Bus Riders Union (BRU).

Always a vocal person of the movement, Cullers has published two books (12 Steps to Changing Yourself and the World: An Abolitoinist’s Handbook and When They Call You a Terrorist: A Black Lives Matter Memoir), which have both sold thousands of copies and were met with high praise from critics. As an artist, Patrisse states, “It’s my mission to invite all of us to grow towards abolition through intergenerational healing work that centers around love and collective care.”

Cullors stepped down from the Black Lives Matter Global Network in May 2021 due to mental health issues that included post-traumatic stress disorder. In an interview with the Associated Press, Cullors says, “I’ve created the infrastructure and the support, and the necessary bones and foundation, so that I can leave. It feels like the time is right.”

Ayọ, formerly known as Opal, Tometi is a writer, activist, and community organizer who specializes in immigration advocacy. As the daughter of Nigerian immigrants, Ayọ grew up witnessing firsthand the human rights crisis of immigrants at the US-Mexico border. Her young experiences inspired her to dedicate her life to being a civil rights activist.

Ayọ Tometi was instrumental in the Black Lives Matter online movement in 2013 to ensure that millions of people online and in person could participate in the community and add their voice to the cause. For her contributions to the cause, she was listed in TIME’s 100 Most Influential Women of the Century. Since her time with BLM, she has founded the online platform Diaspora Rising, a digital digest for issues of Blackness around the world.

Together, these brave women are responsible for waking up a latent public to each individual’s personal responsibility for social justice. The greatest thing that I learned from the Black Lives Matter Movement is that there is no end to the fight. There is always something to be done, and these innovative and inspiring women exhibit the perfect model for how you can capitalize on early momentum to keep the ball rolling. Eight years after its founding, #BlackLivesMatter and these trailblazing organizers are far from being done.

All of the co-founders are recipients of the Sydney Peace Prize. Their example and story continue to inspire the next generation of activists and women everywhere.