What happens when ancient African deities wage war in heaven against the Angels?

The African comic scene has been expanding over the past year, appealing to worldwide media and growing solid fan support among African youth. In fact, 5000 people attended the 2016 Comic Con, and Nigerian character’s EXO & STRIKE GUARD were listed as two of the 15 most influential black characters in the world. The industry is finally getting recognition among giants like Marvel, DC and Image comics. 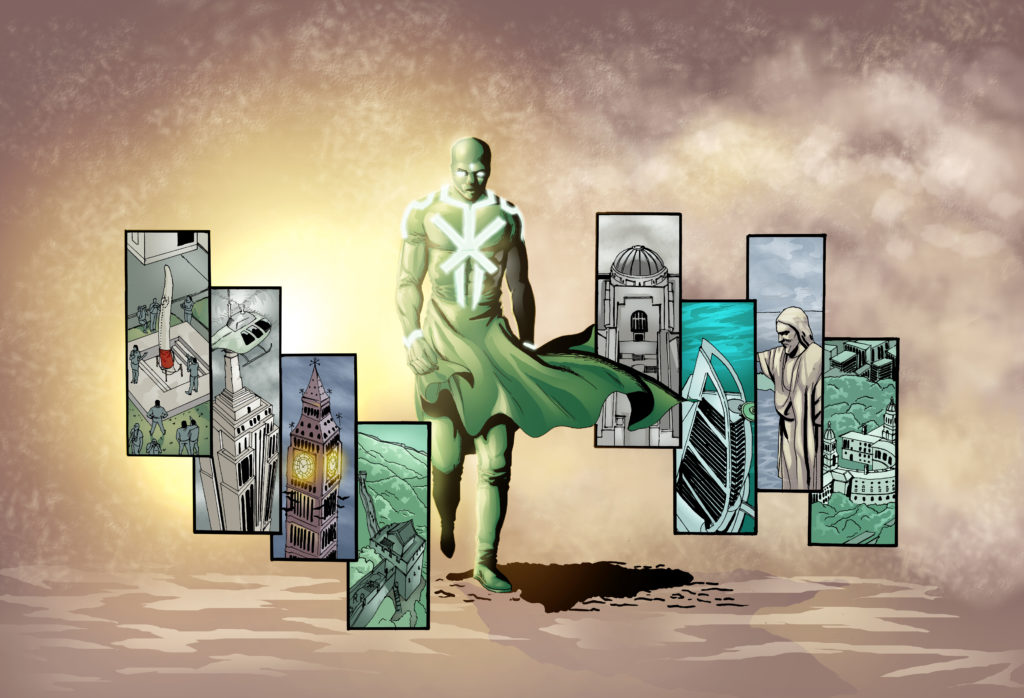 With a story conceptualized by Somto Ajuluchukwu  and written by Mamode Ogbewele, Vortex Comics, an African publishing firm, finally releases their first cross universe comic featuring all their major characters in an epic event SPIRIT WARS. Vortex, publishers of Strike Guard, have worked hard in the past 2 years to put African Super heroes on the map! SPIRIT GUARDIANS as they are called, are the protectors of the realm and a breath of fresh air and diversity for the pop culture of masked crusaders! 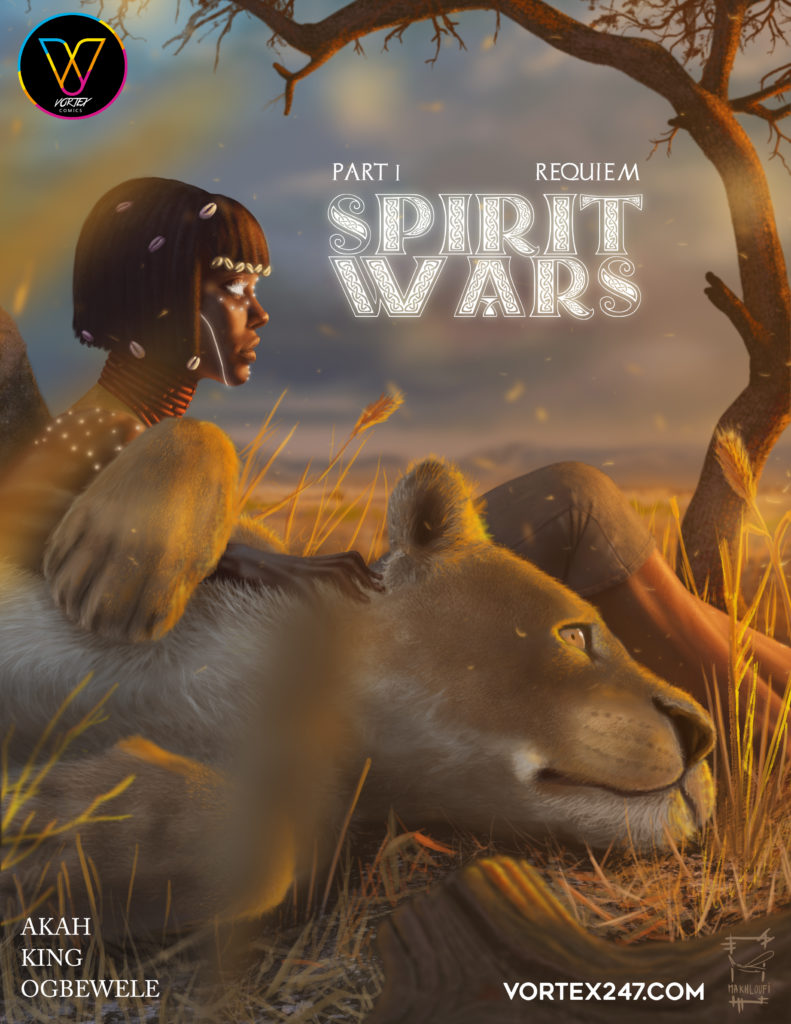 Not to drop any spoilers but, the story plays with the dynamic between traditional worship and colonial religion. And the friction between the two erupts into an epic battle between the African Orisha and the angels in heaven, leading to a rippling spiritual disaster! Now the SPIRIT GUARDIANS are the last stand and hope for humanity! The events of the comic series kick off from Strike Guard #6

With art works from Jon Cavanaugh, Simon Pape, Siavash Paknazar, Ameur Makloufi, Vortex hopes to bring their A game with the series through great art and storytelling! The series would have you looking through your Vortex “Palm front library” to link up the blank spaces!

WELCOME TO THE SPIRIT UNIVERSE. War is nigh! 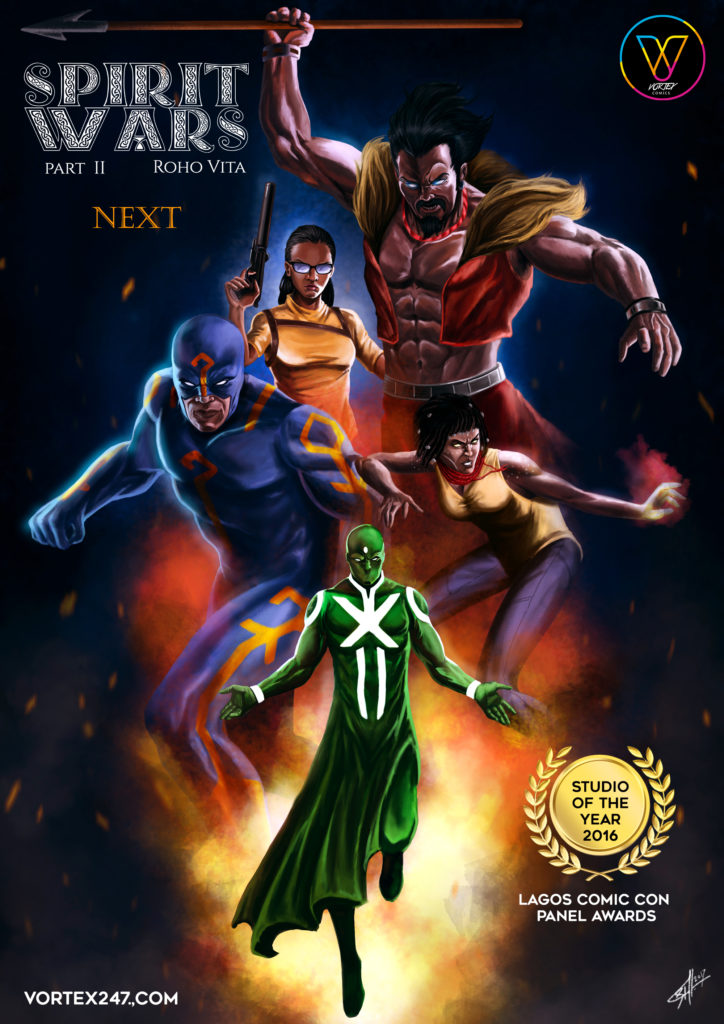