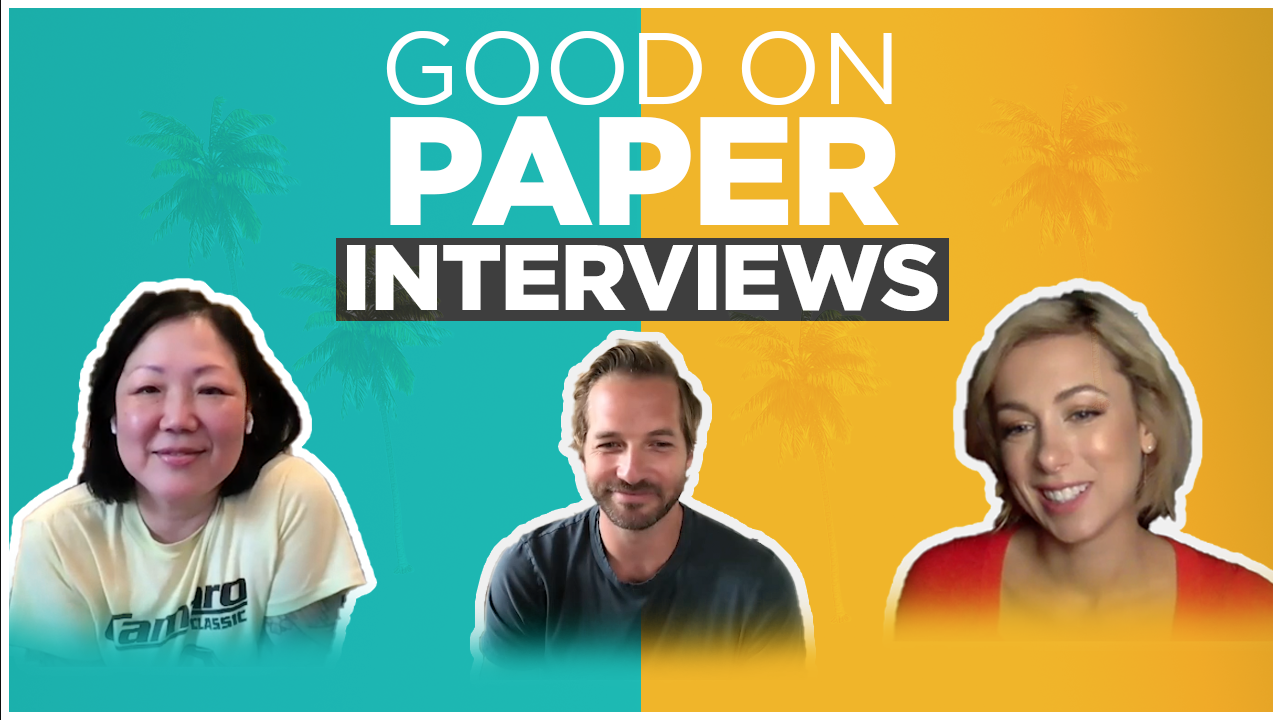 BGN interviews the cast of Good on Paper.

Andrea Singer always put her stand-up career first, and while dating came easy, love wasn’t a priority…that is until she meets Dennis, a quirky nerd with disarming charm who coaxes her into letting her guard down. Her best friend Margot isn’t convinced he’s all he seems and she urges Andrea to embark on a wild goose chase to uncover who Dennis really is. Based on a mostly true story, Good on Paper is written by and stars the hilariously sharp-witted Iliza Shlesinger. Also starring Ryan Hansen, Margaret Cho, and Rebecca Rittenhouse.