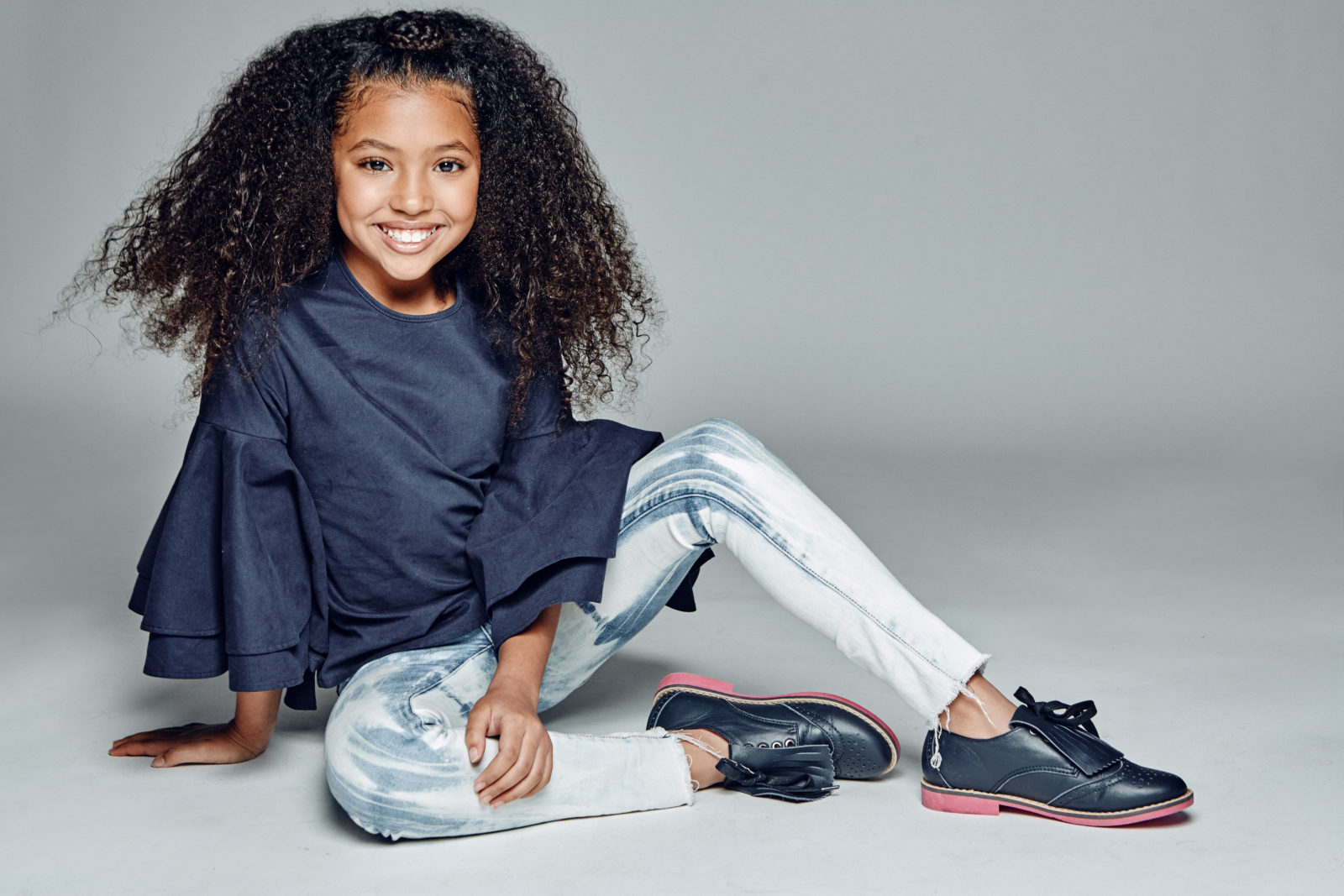 As an avid reader of Ann M. Martin’s Baby-Sitters Club series as a child, this writer found the announcement of the Netflix series to be kind of a big deal. I must admit, I did jump the gun a bit when I asked where Jessi was shortly after Netflix disclosed their press release about the new series and Jessi was completely absent. I’m aware that Jessi, also known as as Jessica Ramsey, didn’t even appear in the books as a Junior Officer of the esteemed club until book #14. However, as someone who remembered seeing Jessi in the 90’s HBO adaptation of The Baby-Sitters Club and later a feature film, I wanted to be sure Jessi would make an appearance in the Netflix adaptation.

Now I know for sure with the casting of Anais Lee. Earlier this summer, EW published an exclusive naming Lee as the new Jessi, who will appear along with her best friend Mallory Pike (Vivian Watson) in the second half of the series reboot. No date yet is scheduled for the premiere in the second-half of the season.

BGN chatted with Lee over the phone to discuss her impending role as Jessi and the big shoes she’s going to fill as well as the characteristics Netflix Jessi will share with book Jessi.

Lee got the role in the traditional way — through an audition — and her audition required her to dance. Jessi Ramsey is a known ballet dancer in the books, so kudos to the casting department for searching for an actor with dancing ability. Lee explained what happened shortly after her audition. “We waited like a day I think and we got a call from my agent who said they wanted to do a Skype call with me. I was super, super excited. So we got ready, and I learned my lines again. I did the Skype call and was so nervous but also really excited at the same time. Two days later, we got a call that said I was one of the top picks for the role.”

Lee was in school that day and was filled with anxiety while waiting to hear if she got the part or not. Later that day her mother Facetimed her and shared the good news. “I was jumping up and down. My neighbors below me probably thought there was an earthquake.”

The BSC books have become multi-generational at this point and resonate with so many people. The Netflix series will likely bring in a new generation of fans including Lee herself who wasn’t even born when the books were first published. However, Lee did know about the books before she auditioned for the TV show. She further did her research when she won the role. “When I got the audition, I did a bunch of research on my character. I found out the littlest details about her because I wanted to be prepared,” says Lee.

Filming has already been completed on the series according to Lee. She filmed her scenes in Toronto, Canada. Lee has also completed binge watching all of the episodes of the current series on Netflix. “I stayed up until midnight when [the episodes] first dropped. My sister and I were counting down the minutes. We watched the whole entire series on the first night. I remember we had a road trip the next day, and we re-watched it a second time the next day. It was so exciting to finally see it on Netflix, because I know everybody worked super, super hard on this project. So it was amazing to see it finally out there.”

How similar is Jessi Ramsey in the TV version to the book version you ask? Things are off to a good start with casting an actor with dancing ability. Dancing plays a pivotal role in Jessi’s life and her story arc in several of Ann M. Martin’s books. First look photos reveal Jessi auditioning for a musical. “Jesse is still a ballet dancer. And I was excited when I found out that she was a dancer because this role combines my two favorite things, ballet and acting,” says Lee.

Outside of dancing, there is another characteristic that Jessi is known for in the books, and that is her love of horses. Lee discloses that there is a scene in the show between Jessi and Mallory where the two are reading books and those books feature horses on the cover. “We knew that they were big horse people. So it was so exciting to see that [Netflix] still remembers that.”

I ask Lee the same question I asked Malia Baker shortly before the series premiered, about skeptic book purists who may be critical about creative liberties taken with the characters of the show.

She answers, “I know that the writers are trying to stay true to the original series as much as possible. And I love that because I loved Jessi’s character in the book. I really hope that you can see her in the series as she was in the books. I know that in the first season, they did try to stay close to the books. I’m really excited to see how Jessi’s going to be in future seasons, if we do get one, which would be amazing.”

Fingers crossed for another season of The Baby-Sitters Club! If you haven’t checked it out yet, it is currently streaming on Netflix.