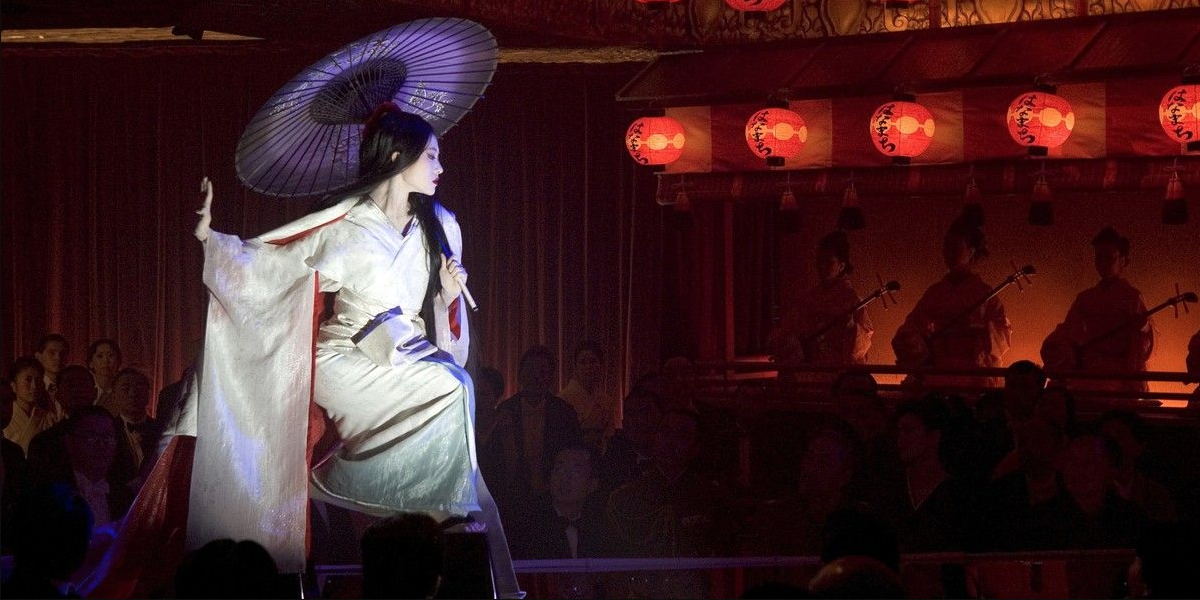 Beneath the pale made-up face, ornate hair, and beautiful kimono lies a young woman with a story. Behind the eyes of every geisha is the memory of where she started and how she arrived in the position she maintains with such grace and beauty. This story is no different. Memoirs of a Geisha is the story of a well-known geisha named Nitta Sayuri. Her story was dictated to and then published by Arthur Golden after she passed away.

Sayuri began her life as a child in a poor fishing town. During this time she is known as Sakamoto Chiyo. She is the youngest of two daughters. Her father is a older fisherman with little means. As her father advanced in age and her mother became sick, he took the advice of a well-to-do gentleman known as Mr. Tanaka and made the decision to sell his daughters. With the money he was then able to see to the respectable burial of himself and his wife.

Chiyo arrives at her new home, a geisha house in Gion, and is split from her sister. Her sister, Satsu, was sent to a brothel until she later escaped. Her unusual gray eyes and watery disposition are of great interest even as a child. She begins her journey as a geisha, but due to her desire to escape falls into misfortune and has to work as a servant for a while. While running errands, she meets a man known as the Chairman. Her desire to be on the arm of a man like him inspires her to pray fervently to become a geisha. Eventually, she is able to start again under the mentorship of an internationally known geisha, Mameha, and becomes Sayuri, a geisha apprentice. In spite of the cattiness of the other geisha in her home, Hatsumomo, Sayuri is able to excel in such a way that she is able to purchase her own freedom with the selling of her virginity.

During this time, she is also courted by a potential danna, or sponsor, known as Nobu, a spirited fan of sumo wrestling and close friend and business partner of the Chairman. Sayuri’s days, like all other geisha, are consumed with lessons, dances, and entertaining men. During the early 1940s, the geisha districts were closed during the war. All of the women were consigned to work in the factories.

Sayuri’s connections to Nobu allowed her to be secured in a safe location away from the bombs while still working in a parachute factory and later a factory making kimonos. After the war, Sayuri was able to return to Gion as a geisha and begin working again. Eventually, she reunites with the Chairman and he becomes her danna. Though this resulted in her immediate retirement from working as a geisha, she did eventually move to the United States and opened a small Japanese tea house in New York.

I read this book initially as a teenager shortly after the movie was released in 2005. I was definitely one of those nerds who read the book then watched the movie and made all of the comparisons. I was also, at the time, too young to understand all of what was happening. For example, while I knew that two young girls being sold by their father to a brothel and a geisha house was indeed trafficking, I didn’t fully understand the nuance behind it.

While it is easy to judge their father as an evil man, given the benefit of a doubt he probably thought he was giving his daughters the opportunity to have a better life. Growing up in an impoverished town with little prospect for sustainability let alone advancement was not the better option. Mr. Tanaka in his “perverse kindness,” as Sayuri refers, probably thought he was helping.

At the time, I didn’t understand things like autonomy and the concept of “playing the hand one is dealt.” Sayuri had to ask for permission for everything throughout her entire life. The only way to survive as a woman of this time was to marry well, own a business, or become essentially a sex worker. As Chiyo, her choices were even more limited. As Sayuri, she had the influence of men who could protect her and provide a life of comfort. Chiyo had no options. Sayuri had a beacon of hope: become a geisha and find a man like the Chairman. She played the hand she was dealt and adapted accordingly.

One could say the same for the sex workers our society seems to scorn today. Currently, OnlyFans, the platform made wealthy by the adult content created and produced by sex workers, has back-pedaled on its new policy that would have removed all sex workers from said platform. All of this is because sex work is not recognized as actual labor. What’s known as the “oldest profession in the world” is not recognized as a legitimate profession. In fact, it is still criminalized, which brings with it more problems than it seeks to solve.

No one with any decency is in favor of sex trafficking or human trafficking of any sort. In addition to that, there are areas in which people choose this line of work and reap legitimate benefits from it. Sex work is a profession that has been known to allow women and people of marginalized communities to economically sustain themselves and supersede that to a level of economic comfort. All of this is done by playing the hand we are dealt.

When looking at this through the lens of current events with the age of OnlyFans and other platforms that are seeking to reconcile their dependency on the contributions of sex workers, this book highlights many of the issues we are concerned about as well as discusses things that we are afraid to look at. There were women who became geisha of their own volition as well as those who remained as geisha after attaining their own freedom. After retiring, even Sayuri missed it. At the end of the day, there is definitely more to the story. We just have to be willing to look beyond the outer appearance, or in this case, crack open the book.