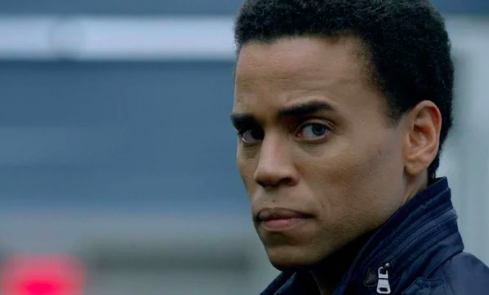 Actor Michael Ealy is one of those Hollywood stars who have a recognizable face and a resume of films you’re familiar with — but his name isn’t indelibly printed in your mind like a Will Smith or an Idris Elba.

However, name recognition is not stopping Ealy from being one of the hardest working actors in the industry. This past year his film The Intruder made over $35 million at the box office on a budget of $8 million. Another Sony Screen Gems film, 2015’s The Perfect Guy, made over $60 million at the box office with a $12 million dollar budget. It’s clear that Ealy as a leading man can bring in an audience. He’s also proven his worth as an ensemble cast member in the successful Think Like a Man franchise.

Many of Ealy’s TV appearances have been short-lived and, in the fickle and flighty world of television, it’s rare to carry on a show for several seasons. Fans were outraged when the Fox drama Almost Human was canceled and campaigned heavily to bring it back. Ealy had a leading role in the series as the character Dorian. The critically acclaimed series The Following (another Fox show) was also canceled after a mere three seasons.

While Ealy has appeared on shows popular with fans and critically acclaimed by TV journalists, he’s still not a name that you hear often in Hollywood circles.

Jacob’s Ladder, opening in theaters this week, is the remake of the 1990s film of the same name. Originally directed by Adrian Lyne and starring Tim Robbins as the titular character Jacob, in this version directed by David M. Rosenthal, Ealy plays Jacob Singer, a man who is finally getting his life back together after the death of his brother in Afghanistan. He has a beautiful wife, a newborn child, and a successful career as a surgeon in a VA hospital. When a stranger approaches him and tells him that his brother is actually alive and living in an underground shelter with other homeless vets, Jacob’s life starts to unravel.

Jacob begins hallucinating, believes he is being followed by violent attackers and becomes paranoid about the truth of what really happened to his brother. When he discovers that his brother is alive and addicted to an experimental drug, he uncovers a secret he never could have been prepared for.

Ealy chatted with BGN on several topics — including his role in the upcoming feature film, picking Nicole Beharie as his co-star, how comedy is the toughest genre, and how the entertainment industry treats him.

Did you watch the original film at all while prepping for the role?

I saw the original when it came out and didn’t understand it and didn’t remember it. Didn’t love it, whatever. When I got approached to make this one, I was like, let me see the script. Because like I said, I didn’t love the first one. And I had no real recollection.

I read the script. I was highly interested at that point. Will Packer was the one who brought me onto this project. And I said, “Look, we gotta get the right director.” We ended up with David Rosenthal, who I did The Perfect Guy with. I saw he was a huge fan of the original. So I thought he’d be perfect. We got together and talked about what we wanted to do with this one — try to tell an updated, more grounded and fresh take is what set out to do.

Did you study trauma at all while working on this project?

My work on For Colored Girls, playing a guy with PTSD, and doing all that research that I did helped me understand how we could take it one step further. Jacob’s Ladder shed more light on what soldiers are going through in the system, which is failing them in a lot of ways.

The caretakers of soldiers are struggling with it as well — it’s not just the soldiers. It could be their husbands or their wives or their children. They all suffer from it. This particular story gave us the platform to shed light on this so that people can do their own research and get involved. They’re always trying to help people. At the same time, we obviously have to pay homage to the original and try to make it a psychological thriller.

You have a diverse range as an actor, from appearing in comedies and rom-coms to starring in TV dramas and psychological thrillers. As an actor, is there one genre that you find more challenging to work in over the other?

When you’re doing a movie, you got to come in every day and be funny. As a comedian, or as an actor doing a funny movie, that can be exhausting. Comedy is subjective, right? So what you find funny on the set might not be funny. Once it’s all cut together and put up on the big screen, then it’s like, “Oh, that didn’t work.” So there’s pressure.

You mentioned Kevin Hart who was in the movie Think Like a Man. How was that movie for you?

That was hard. I did a TV show where I was the comedic relief, called Common Law. That was my ode Eddie Murphy and Beverly Hills Cop. I based my character on Axel Foley and that was the most exhausting job I’ve ever had.

Is there an action hero that you would like to play?

Absolutely. I’ve said this before: There’s something about like the Bourne franchise. It’s a little bit more grounded, a bit more real. And it’s human versus human. I find those movies a bit more my style. Those movies speak to me.

We kind of got a little bit of that in Sleeper Cell. You mentioned Nicole Beharie, who, we here at Black Girl Nerds, love. She plays your wife in Jacob’s Ladder. Jesse Williams plays your brother Isaac. So what was it like working with those two?

You had a hand in the casting in this movie?

For Nicole. Jesse came on board right after I did. After seeing the movie, you’ll know why. I’m also an EP [executive producer] in this movie. I had some say in it, and Nicole Beharie was our first choice.

Nicole makes choices that I don’t see other people make, it’s that simple. If you saw her in the movie she did with Michael Fassbender, Shame, she blew my world. I just saw her an episode of Black Mirror the other day with Anthony Mackie. She makes the most interesting choices. So I was I was like, “If we can get Nicole for this, I’d be thrilled.”

As for Jesse Williams, I’m surprised that it took this long for the two of you guys to be cast is brothers because you favor each other.

Jesse and I had known each other for a couple of years before we made this movie. We laughed about it. This has been in the works without us even knowing it for years. We would come together as brothers. Quite frankly, those are some of my standards. Specifically, the scene where we’re in the bedroom together. That’s one of my favorite scenes in the movie. Just two brothers talking.

In a recent interview with director Deon Taylor, who you worked with on The Intruder, he said that you’re a bankable star in films like Think Like a Man, The Perfect Guy, and even The Intruder, which did really well. Do you feel like you don’t get enough credit for your work as a movie star?

Why do you think that is?

There’s a part of me that cannot dwell on it. I guess I can’t make a pity party for myself. Right? While I might not be a big movie star, I have proven myself bankable. If you really break down my numbers, I’m very close to being one of the biggest, most bankable movie stars in the world. So it’s often kind of puzzling to me why other people haven’t taken notice or don’t believe it. I guess what I’m saying is I can’t sit back and hope Hollywood takes notice. I have to keep pushing to try and make the projects that I want to make that people come out to see that, quite frankly, affects audience members the way this film affected you.

That’s why I do it. If there are people in this industry who don’t believe that I’m bankable, in my opinion, that they’re just not paying attention, or they don’t want to. But I can’t take that as an actor. You’re kind of raised in this business to know you can’t take it personally or you’ll kill yourself.

Hollywood is a very fickle business. I’m even on the press side of things, and even I’ve noticed that.

It’s never what people assume it is, right? You just have to keep your head up and keep pushing. None of this is complaining. Because, I’m blessed. I go to the airport, TSA agents tell me “Oh, man, oh, man, come this way.” I get love. People love what I do, and people thank me for what I do. But I don’t get that same love from Hollywood. A lot of times Hollywood plays catch up.

They react to things. It is what it is. Keep your head up and keep pushing Any journeyman in this business will tell you the same thing.

What what’s next for you?

I’m doing a show for ABC called Stumptown, which starts airing September 25. Then a film with Hilary Swank and Mike Colter, Fatale, which comes out in spring 2020.

Jacob’s Ladder premieres in theaters nationwide August 23. It is currently exclusively available on DISH now and is also available on-demand on Friday.