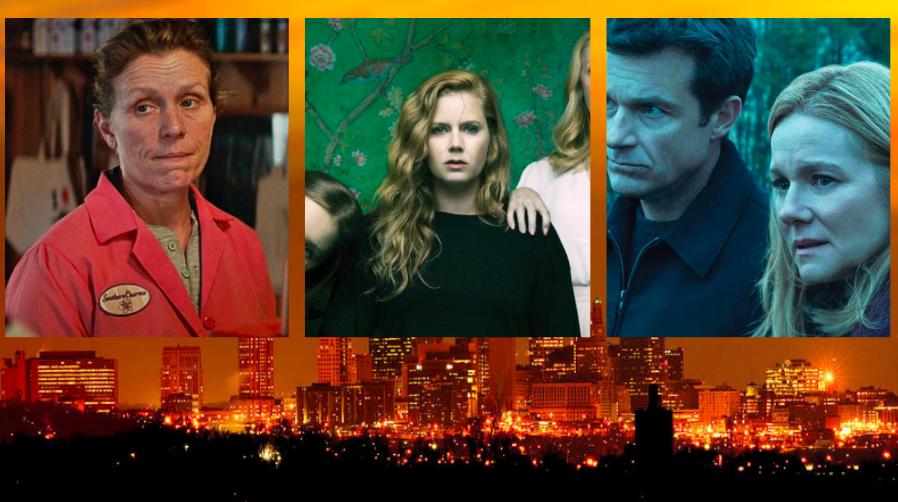 Until recently, my awareness of Missouri was limited to Judy Garland’s Meet Me In St Louis and its variety of references in other pop culture. From the iconic Sex and the City movie to Christmas family dramas like The Family Stone, Judy Garland’s voice invokes a particular kind of nostalgia for places that no longer exist in the same way, like the segregated America that produced Garland’s hit film. Or so we thought.

With the rise of white nationalism in America, emboldened by the Trump regime and its variety of racist, sexist, anti-LGBTQ, Islamophobia, and ableist policies, Missouri is having a particular and powerful pop culture moment. From the award-sweeping Three Billboards Outside Ebbings, Missouri to Netflix and HBO’s southern gothic dramas Ozark and Sharp Objects, to Peter Quill talking about his home state in Guardians of the Galaxy and Avengers, Missouri is more front and center in American visual media than it’s ever been.

These narratives have one major thing in common — other than a total lack of diversity and displaying a region in decay. They are all perfect examples of the “white devil” trope discussed by Terence Nance in his brilliant series Random Acts of Flyness. The white devil is an antihero, the flip side of the coin of white savior, not his/her opposite. Embodied by such characters as Walter White in Breaking Bad, Tony Soprano in The Sopranos, Ray Donovan, Dexter, Nurse Jackie, and Nucky Thompson in Boardwalk Empire, the white devil sees him/herself as a put-upon hero figure who ultimately ends up hurting everyone close to them. Because they are an antihero, not a villain, they believe their actions were justified even when it gets those they love killed. And it is predominantly white folks who get to enjoy the privileges of antiheroism, where people of color in the same position would be treated as monsters. Terence Nance attributes this trope to “white male dominance and social power,” as well as a “white man’s pathological insecurity” which yearns “to make the melanated think before challenging a white person.” 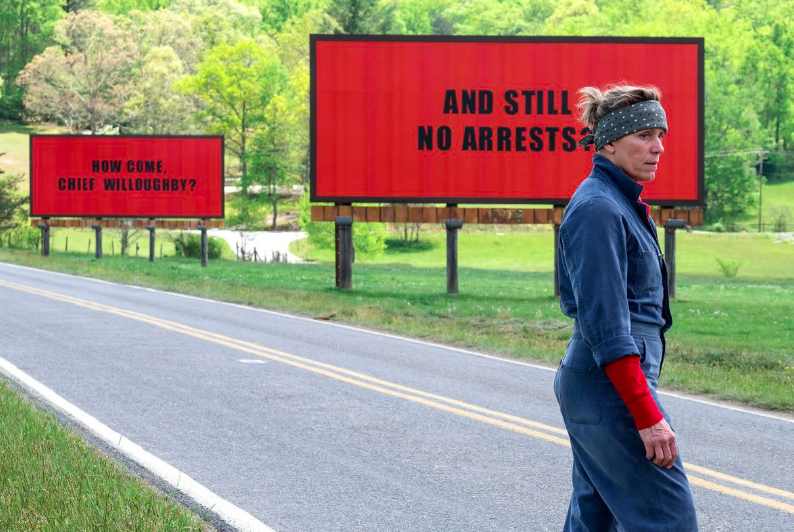 Just about every single white character in Three Billboards Outside Ebbing, Missouri fits Nance’s definition of a white devil. From Sheriff Willoughby’s (Woody Harrelson) gleeful recitation of the n-word to his openly racist and homophobic deputy Jason Dickson (Sam Rockwell) and especially the guerilla tactics of bereaved mother Mildred Hayes (Frances McDormand) as she seeks justice for her murdered daughter, these antiheroes take nothing into consideration except their own desires. While there is a small character arc in which these white devils grow just a little bit, the impunity with which they commit violent acts through to the end, suggests that their white entitlement will never properly be challenged. Not by themselves, not by the law, and not even by their community. White devilry is white privilege and violence in action. The wallpaper of a crumbling Ebbings adds to an underlying breakdown of rule of law in middle America. 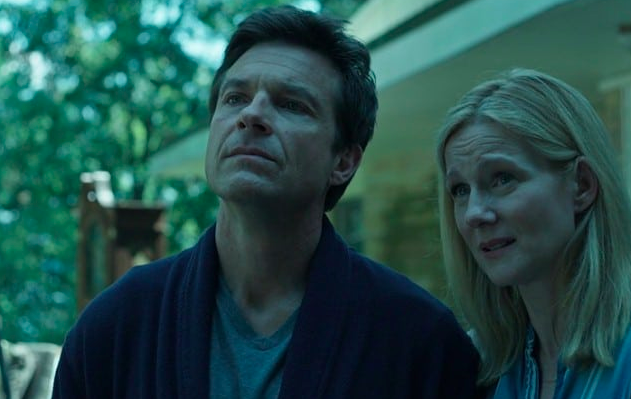 In Netflix’s Ozark, the white devilry takes on a whole new level. Jason Bateman plays Marty Byrde, an accountant who launders money for one of the largest drug cartels in North America. After the cartel leader Del (Esai Morales) discovers Marty’s business partner has been skimming millions of dollars from the top, Marty saves his own and his family’s lives by moving them to the Missouri Ozarks, the so-called hillbilly riviera, in order to take on bigger money laundering opportunities. While on the surface Marty seems like a stand-up guy — and casting perpetual good-guy Bateman was a stellar production choice — in fact he is the devil incarnate. Many characters openly comment on his self-serving decisions, and the trail of bodies he leaves in his wake is immense. The lush waterways of the Ozarks and its pristine verdant forests set a pastoral backdrop for what ends up being grotesque and escalating violence due to all kinds of white devilry, not just Marty’s.

Run down hog-farming town Wind Gap, Missouri sets the stage for HBO’s southern gothic horror Sharp Objects. Reporter Camille Preaker (Amy Adams) returns home from St. Louis to cover the brutal torture-murder of a young girl and the missing status of another, who quickly turns up dead. Confederate pride lives strong in the town as residents adorn the flag on their clothing and in their yards, even though “they don’t use the C-word,” according to Camille. Calhoun Day celebrates a battle fought by the Confederates and won by the North as if it is something to be proud of. 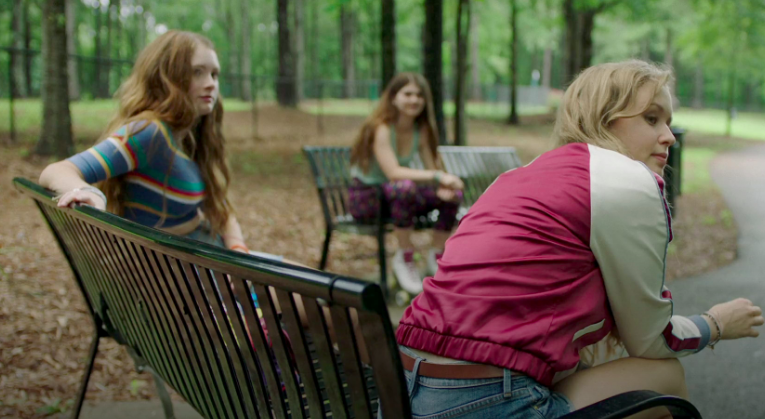 When it comes to white devilry in Sharp Objects, Camille is a more introspective antihero, unlike her mother Adora (Patricia Clarkson) and sister Amma (Eliza Scanlen). Camille’s water bottles are filled with vodka and her purse with mini bottles of whiskey. Her body is covered in self-harm scars. She sleeps with completely inappropriate dudes, like the cop investigating the case and an 18-year-old suspect. Camille’s mother suffers from Munchausen By Proxy, and it’s an open secret that she killed her daughter Marian (Lulu Wilson). Amma, at just 13, is already responsible for three murders and only feels bad about it when it suits her long-game.

While seeing so many different female white devils in Sharp Objects is certainly an eye-opening twist on the trope, like Nurse Jackie, House Of Cards, and Mildred in Three Billboards we see exactly the depths of violence and cruelty that white women are simply allowed to get away with. How a community will rally behind them for no good reason other than the fact they are white and claim to be suffering. Because white women are a particularly protected class in America, their white devilry goes differently punished than their male counterparts. I cannot forget how gently Sheriff Vickery (Matt Craven) handles Adora as he arrests her on suspicion of three murders. Only a white woman would get such courtesy from the police.

Each of these Missouris paints a portrait of struggling and dying towns where economic inequality creates a wallpaper of desperation and anger that plays out in different ways. The dysfunctional characters are each very much a product of their toxic Missouri environments. It’s the perfect setting for stories about white folks who mistakenly feel dispossessed and left behind.

But truly the most ironic piece of Missouri’s pop culture moment is that none of these shows are actually filmed in the state. They are all filmed in Georgia. This suggests that the Missouri on screen isn’t even a real place, but rather a place of white imagination where these stories about these “antiheroes” can play out. Because make no mistake, these characters are in no way heroic. That white devilry can be rewritten into a kind of redemptive narrative goes to show how deeply white privilege is ingrained in the Hollywood imagination. And what better place than an imaginary Missouri, in the heart of white American “flyover country” that helped bring the Trump regime into power, to give these white devils free reign of evil?