Our crew makes it to the psych ward to escape The Mist along with Adrian’s unhealthy love interest, Tyler. But as we’ve come to learn about this world, there’s no such thing as a truly safe haven. So, the psych ward will likely not be a good place for long-term lodging.

Looks like things are breaking down at the mall, too. Gus is hoarding food while hunger causes others to start fighting over food. Shelley is trying to turn the group against Eve and Alex. Jay has weaseled his way into Alex’s good graces and her space while Eve keeps a threatening eye on them. I suppose it was only a matter of time before the democracy they were trying to establish began to break down.

It looks like Mia and Jonah (Bryan) really do have a connection. She is manipulative and he has a savior complex, but they do connect. I am getting tired of him constantly saving her and Kevin only to be used for their personal agendas, but at least Mia seems to care about him. I guess that’s something.

I’m starting to wonder if Tyler is the one who raped Alex. He is the epitome of a boy dealing with his attraction to another boy in the most toxic way. I hate that Adrian forgives him for his terrible behavior. Tyler breaking Adrian’s arm just because he smiled at him is unnecessarily violent. I still don’t like this storyline because it’s so common and one-dimensional, but we’re in a Stephen King universe. I’m figuring that Tyler will either find his truth and repent or receive some kind of consequences for his cruelty.

I was thinking that Link might make it through his brush with The Mist alive, but alas, he did not. He’s in the room without his skin and other vital parts. But Father Romanov is using his “sacrifice” to fuel his personal quest to “save” the people at the church. It’s an interesting study in the ego that can make religious figures use people’s faith to push their own agendas.

So, no, the psych ward isn’t a safe haven. Not because of the location, but because of the lone “survivor.” He’s taken Adrian because he thinks Adrian is a bad person that must be killed. Obviously, he suffers from some kind of mental break that causes him to justify killing people. It’s not really good to be sealed in a hospital wing with a guy who justifies killing people. 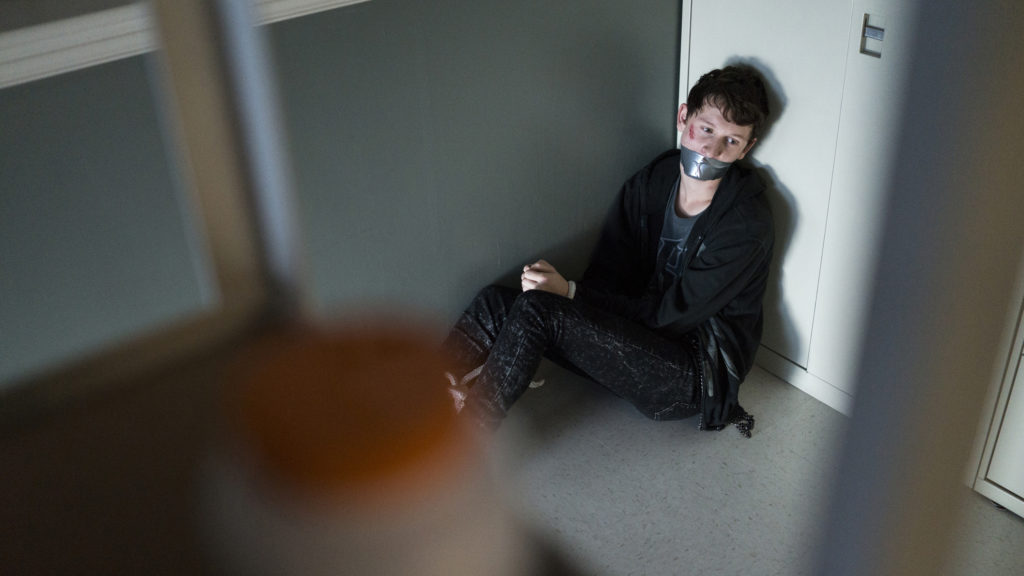 Mrs. Raven and Father Romanov agree to let The Mist decide which one of them is the appropriate leader. I suppose this is the most equitable way to decide who “wins” in this situation. They had two completely different ways of entering The Mist. Mrs. Romanov went into The Mist naked and completely open. Father Romanov went into The Mist in full religious regalia wielding his faith like a tool. It didn’t surprise me that The Mist took him away.

In the midst of Mia’s aggressive withdrawal, we learn more about Jonah (Bryan). Through her attempt to manipulate him, she sees that he was given electric shock therapy. It looked like some kind of mind experiment. I’m sure it’s going to come back around at some point in this story.

Lastly, Kevin’s penchant for evil seems to run pretty deep. So far, he’s used that darkness to help himself and the people he thinks needs it. I understand why he beat the guy from the psych ward to death, but the manipulation it took to get there was pretty scary. He’s definitely a guy that’s willing to do what it takes to get things done.

The longer The Mist sticks around, the more we see the darkness come out of the folks in Bridgeville. What do you think will cause the chaos to begin, The Mist or the people trapped by it?