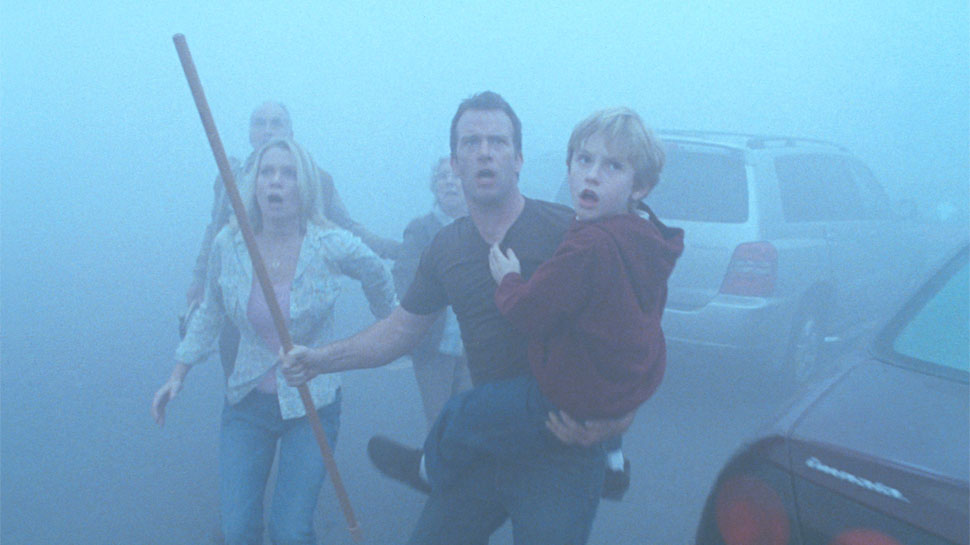 It was reported back in April of last year that Spike had picked up Stephen King’s novella The Mist for serialization. The story was about a group of people holed up in a small town grocery store hiding from a mysterious mist that rolled into town bringing horrors with it. Legions of Stephen King faithful consider this story part of the Dark Tower ‘verse due to the origin of the mist.

In 2007 a film starring Thomas Jane (The Expanse) was produced. It was a good creature feature overall but was truly elevated by its visceral ending–an ending that deviated greatly from that of the novella. Besides that, the film followed the original story fairly closely. This gave it a claustrophobic, brutal feel. The film also doubled downed on The Dark Tower connection by having the main character, David Drayton, painting a picture of Roland Deschain, main character of The Dark Tower, in the opening scene.

The upcoming television show is a reimagining, as opposed to a straight adaptation according to executive producer, Christian Torpe. The main difference is the premise will follow multiple people in different settings as they deal with what’s happening. This excites me because both the book and the film made me very curious about how the rest of the world was faring during this supernatural crisis.

My only reservation is that the last television show I saw, which was based on a King story was Under the Dome. It was not very well executed. Here’s hoping The Mist won’t suffer the same fate.

Another slight worry is that the origin of the mist may have to be altered since The Dark Tower is not only going to be headed to the cinema in July, there will  also be a television show airing afterward. If Spike really wanted to make a baller move they’d put up the money to have The Dark Tower television show air on their network, then include some wink-wink, nudge-nudge references in both. But due to the likely expense, they may not be ready to acquire this title.

I’m personally rooting for Netflix to add it to their expanding catalog of unique titles. I guess us Constant Readers will see soon enough.

There’s no word yet on an air-date for The Mist, but BGN will keep you posted!