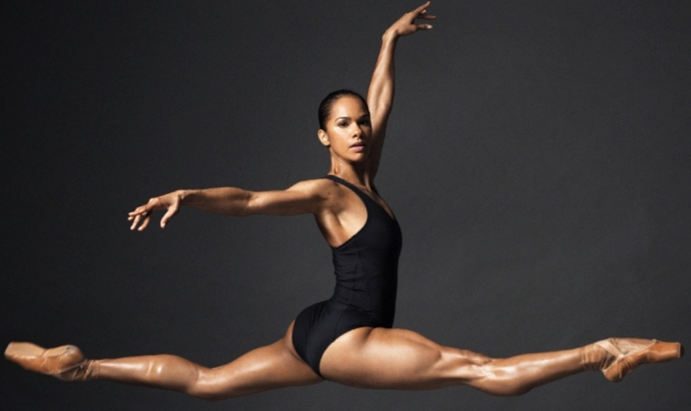 Ballet dancer extraordinaire Misty Copeland, the first African-American principal ballerina in the history of American Ballet Theatre, will be a guest judge on the July 18 and July 25 episodes of NBC’s new high-rated competition series “World of Dance.” Copeland will be joining for round three of the competition, “The Cut,” where the competitors face the deepest and most intense cut of the season. More than half of the acts will be sent home, and only the top two acts from each division will move on to the Division Final.

“When judging the best of the best, we knew we needed an all-star guest judge with passion and credibility to mentor these incredible dancers,” said judge/executive producer Jennifer Lopez. “Misty Copeland is at the top of her game and we are so honored that she was able to lend her expertise and experience to the ‘World of Dance’ stage.”

Misty Copeland joined ABT’s Studio Company in 2000, joined American Ballet Theatre as a member of the corps de ballet in 2001 and in 2007 became the company’s second African-American female soloist and the first in two decades. In 2015, she was promoted to principal dancer, making her the first African-American woman to ever be promoted to the position in the company’s 75-year history. That same year she made her Broadway debut co-starring in the critically acclaimed musical “On the Town.” In 2014, Copeland debuted in the lead character of Clara in American Ballet Theatre’s production of “The Nutcracker.” Later that year she made history as the first African-American woman to perform the lead role of Odette/Odile in American Ballet Theatre’s “Swan Lake” during the company’s inaugural tour to Australia. Copeland is the author of 2014 New York Times bestselling memoir “Life in Motion,” co-written with award-winning journalist and author Charisse Jones. Her new book, “Ballerina Body,” also a New York Times bestseller, was published this year.