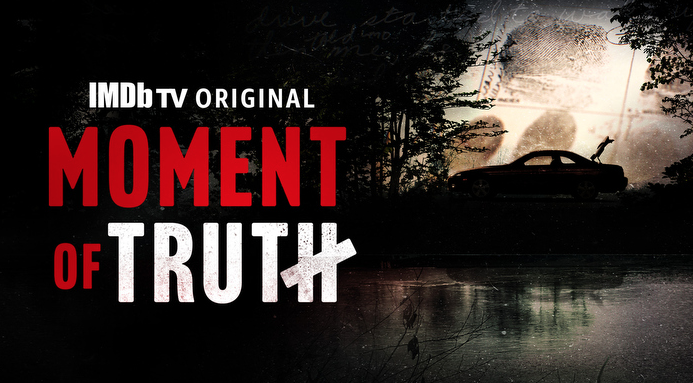 Michael Jordan is one of the most recognizable figures in basketball. So, it is no wonder that the murder of his father, James Jordan, shocked North Carolina and the United States to its core in 1993. James Jordan isn’t the first case to have received so much media attention, but maybe it should have received more. The Moment of Truth documentary series attempts to shed light on an important case in order to highlight the lack of impartiality in our justice system.

The documentary series Moment of Truth is co-directed by Matthew Perniciaro and Clay Johnson. These two powerhouses bring their own unique strengths to this project. In an interview with executive producer Shelly Leslie, she stated, “It was important that we have a good blend. So, we wanted a director who had journalistic integrity. So we felt paring them was a good combination of both journalism and storytelling.” The documentary gives a fair portrayal of the never-before-seen story of James Jordan’s murder. This documentary also reveals hidden corruption in North Carolina in a small-town county — corruption that goes deeper than anyone could have expected.

There comes a moment when we stop and think about what has happened in our lifetime. We see tragic events occur, unfold before us, and we later forget about what has happened. The producers and directors of this short series are not done yet. They have seen a tragic event unfold but have not walked away from it. One question that arose after watching this docuseries was what was on their mind when they decided to create this documentary? Leslie explained, “It’s an emotional case and we went in search of the truth.”

The docuseries opens up with the disappearance of James Jordan in 1993. He is found in a body of water, having been there for a long while, his body decayed. Through the series, the information that is perhaps common knowledge to many people about the case is revealed. For those who are well-versed in the case already, the series gives a fair and accurate retelling of what happened all those years ago. Larry Demery and Daniel Green were two teenagers charged with the crime of killing James Jordan. They were both found guilty and convicted of the crime. Now, this is where the series gets even more complicated. The documentary series has audio recordings and evidence that was not revealed during the case trial. This series also explores many if not all the “conspiracy theories” that were revolving around the case.

What stands out more than anything else is how thorough this documentary goes with its information. While watching it unravel, small bits and pieces of the case seemed to gnaw at me. Pieces that seemed to fit perfectly now seemed to have been forced to fit. This documentary series does a terrific job at poking holes on the previous trail that solidified its case and the minds of so many people. As Leslie pointed out, “When in search of the truth, we went down every rabbit hole” — a concise and accurate statement that reflects this series to a fault. As someone who was unfamiliar with this trial, this production does a great job of familiarizing audiences with the information and evidence that was available then with newly discovered evidence. It becomes understandable as to why this case meant so much to so many people.

The documentary series utilizes a combination of never-before-heard audio interviews, video recordings, court transcripts, court record, and pictures. The use of this evidence helps to solidify the general idea that, for many individuals, this case is far from closed. The nuances that are revealed allow the audience to see the case with new and fresh eyes. The docuseries explores the past case and even goes into what is happening now with Daniel Green’s appeal. Since the start of the case, he has argued his innocence. Christine Mumma, who is with the North Carolina Center on Actual Innocence (NCCAL), has taken on Green’s case. Her recent findings have justly cast doubt on the previous understanding of the case and its verdict.

One thing the documentary series does is explore and exploit the ways in which people of color have been and continue to be treated by the justice system. The documentary makes a point of showcasing the inequities, stating how unjust the system has been, but that even people of color, specifically in North Carolina, in their justice system, are treated unjustly when compared to each other. Whites have more justice, and Native American are White adjacent, so their experience with the justice system is better than that of other POC. This documentary series explores the reasoning behind this in a manner that showcases how flawed the court systems were and continues to be for POC.

The case of James Jordan for many was solved a long time ago. The two teenagers who were tried and found guilty were put away. The families that were affected grieved over their loss, and America hoped to heal from this. However, things are not always as they appear. This documentary series explores the information and evidence and the many facets that countless individuals were not able to see and did not have access to. Given all that is shown in this documentary series, will justice ever be served?

Moment of Truth is currently streaming on IMDB TV and Amazon.