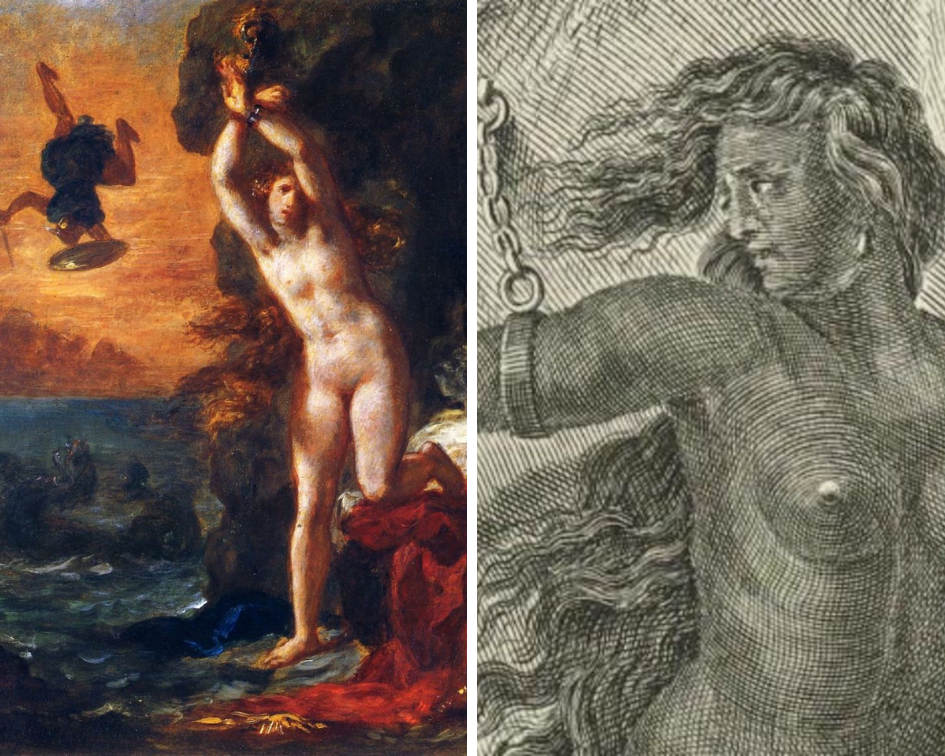 Last year social media went ablaze when it was announced that Zendaya was in talks to possibly play Ariel in Disney’s forthcoming live-action adaptation of The Little Mermaid. Bigots complained that a Black woman couldn’t be a mermaid because of science. And if you need further context of this racist trope, check out season 2, episode 3 of DreamWorks Animation The Adventures of Puss in Boots featuring a Black girl as a Fiji mermaid.

Similar racist backlash transpired when it was announced that Black actors were cast in the roles of Zeus, Achilles, Artemis, and Athena in last year’s BBC’s Fall of Troy. As to be expected, racists conflated racebending to whitewashing and cried reverse racism.

Where shall we begin?

First and foremost there’s no such thing as reverse racism for the same reasons why there’s no such thing as reverse homophobia. Racism is systemic oppression based on race that discriminates against people of color. Just as homophobia is systemic bigotry that oppresses LGBTQs. Secondly, whitewashing is not the same as racebending for reasons the lovely Felicia Day has already explained. People of color have very little representation in the media. And much of that said representation is often rooted in problematic and racist tropes. Representation matters be it diversity or erasure. To paraphrase the Original X-Man, First Class, Brother Malcolm X, “The media’s the most powerful entity on earth. They have the power to make the innocent guilty and to make the guilty innocent, and that’s power. Because they control the minds of the masses.”

It’s no accident that many erroneously believe that Elvis Presley created rock & roll and not a queer Black woman by the name of Sister Rosetta Tharpe. It’s also the reason why cognitive dissonance strikes when it’s pointed out to racist fundamentalists that #BlackLivesMatter is relevant to them because their Jesus Christ was a dark-skinned man who was executed by white Roman soldiers in a police state for crimes he didn’t commit. Even if every white fictional character was racebent from now to the end of time, it wouldn’t make up for all of the instances Black Excellence has been erased or “Columbussed”. The following are five examples among countless others. 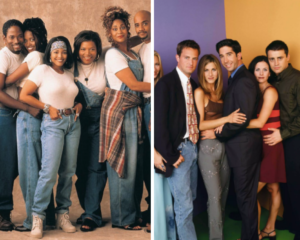 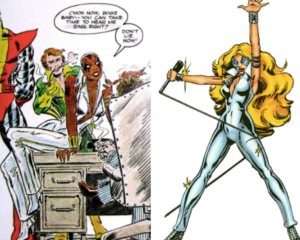 For comic book OGs it should come as no surprise that X-Men is another legacy of Black excellence. After all, the staple Marvel comic book series is an allegory to the Civil Rights movement. X-Men leader Storm is not only a flagship character for the House of Ideas, but she is also one of the most important and iconic figures in western culture. Originally, however, Storm wasn’t supposed to be the only prominent Black woman on the team during the 70s. Fellow teammate Alison Blaire, better known as Dazzler, was originally slated to be a black superheroine as well. Blaire was originally inspired by 70s icons such as Diana Ross, Tina Turner, and Grace Jones. However, the decision was made to liken the design of Dazzler to that of Bo Derek. The same Bo Derek who garnered infamy by appropriating the hair braid style of Black women. In a twisted sense, it is fitting. If X-Men is a byproduct of Black excellence, so are cultural appropriation and whitewashing. 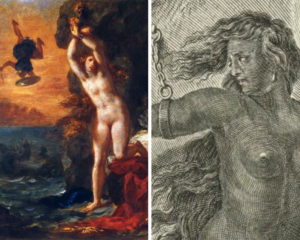 Son of Zeus and Danae, Perseus is the demigod hero of Greek Myth best known for slaying the Gorgon monster, the Medusa, and rescuing his future wife, Princess Andromeda, from the sea monster Cetus. Andromeda’s mother incurred the wrath of Poseidon by boasting that Andromeda was far more beautiful than the Nereids, nymphs who are often seen accompanying the Greek God of the sea. What land was Andromeda princess of? Ethiopia. As in Ethiopia that is located on the continent of Africa. The Greek and Roman texts describe the African princess as having Black and dark brown skin. Funny how that fact has been omitted from previous adaptations of Perseus’ adventures. 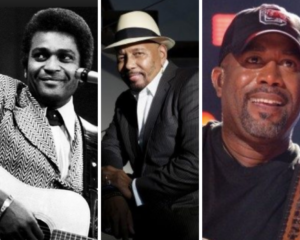 In 2016, many country fans were irate when Beyonce was invited to perform her hit “Daddy’s Lessons” with the Dixie Chicks at the Country Music Awards. The racist backlash was so vicious that the CMAs deleted mention of Beyonce from their website. The irony? Country music has more than a few connections to Black culture; a secret many bigots would like to keep hidden. Beyonce isn’t the first iconic figure to endure racism while performing a country song. The abuse the late Ray Charles endured is well documented.  Not as well documented is the fact that Johnny Cash’s first wife, Vivian Liberto, was a Black woman and June Carter allegedly used Cash’s drug addiction to sabotage their marriage.

Then, of course, there’s the story behind how Nashville became known as the Music City. In 1871, Fisk University was facing some serious financial challenges. In a fundraising effort to keep the Historical Black University’s doors open, the Fisk Jubilee singers were formed. Shortly thereafter, the group gained international attention for their concerts. While touring Great Britain and Europe in 1873, the group performed before Queen Victoria. Impressed by the heavenly voices, Queen Victoria noted that the singers must be from the Music City of the United States and that’s how Nashville received its moniker.

But the biggest fear racists fear being exposed is the true origins of country music. Much like every other major genre of music: R&B, jazz, rock & roll, country music was created by black musicians. In her book, My Country: The African Diaspora’s Country Music Heritage, author Pamela Foster explains how the music genre came into fruition.

“In the antebellum South, banjos, fiddles, and harmonicas were the dominant instruments played in Black culture. Unfortunately, history has distorted these facts to make people believe jazz, blues and spirituals were the staples of Black culture at that time when, in fact, it was country,” said Foster, who documented the contributions of more than 450 African-Americans involved in country music since the 1920s.”

“Blacks have contributed to the development of a lot of American popular music,” said Paul Wells, director of the Center for Popular Music at Middle Tennessee State University. “It didn’t start with Pat Boone copying Little Richard songs in the ’50s. It’s been going on much longer than that.”

Charlie and the Chocolate Factory 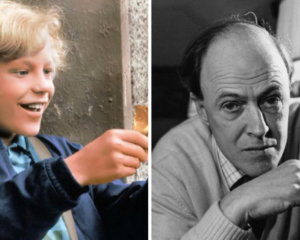 Charlie and the Chocolate Factory is the tale of a poor yet kind boy who wins the opportunity of a lifetime to visit and inherit a magical chocolate factory as well as win the heart of its eccentric owner, Willy Wonka. Roald Dahl’s fantastical novel is considered a timeless classic the world over. However, what’s not universally known is that originally Charlie Bucket and his family were originally Black in the original manuscript. Dahl’s agent pressured him to whitewash the protagonist. Just imagine how a classic like Charlie and the Chocolate Factory could’ve gone a long way in enlightening society in showcasing the wonder and glory of #BlackBoyJoy.  Black and brown boys shouldn’t have had to wait until Miles Morales to have a hero they could call their own. Here’s hoping this wrong will be corrected in a future adaptation.

It is true that anti-Blackness is a global epidemic. But to paraphrase an old saying, that hatred does not stem from a fear of Blacks being inferior, but the realization of how truly exceptional we are. Despite weathering unspeakable injustices and atrocities, we continue to innovate in artistry, science, equal rights, or anything else we take aim for. While it is true that pressure crushes, it also creates diamonds. And no diamond is more priceless than that of Black excellence.