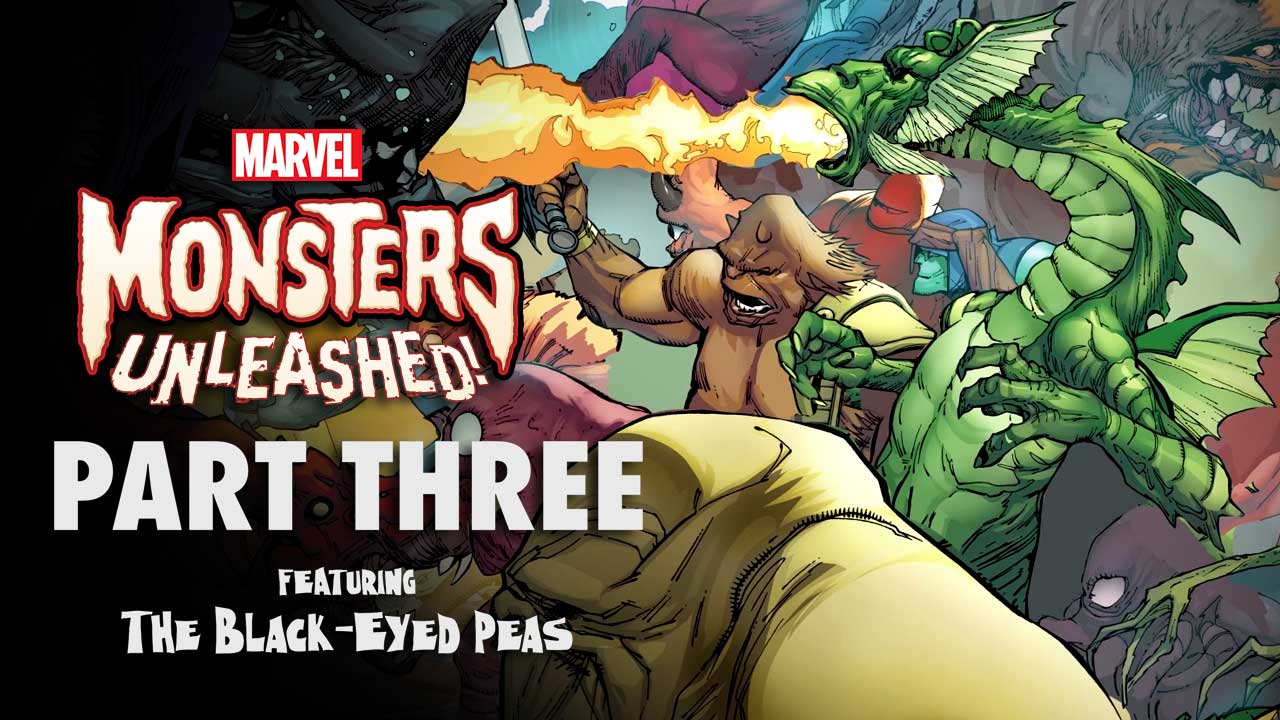 Marvel Comics is proud to present an all-new approach in introducing the world to Marvel Comics and the next great Marvel Super Hero series – MONSTERS UNLEASHED! Masterfully mixing animated comics with in-depth narration and commentary, this new video series is designed to present a whole new audience to the world of Marvel’s gargantuan monsters, timed with the debut of the brand new comic book series MONSTERS UNLEASHED, available now in all local comic retailers.

Brought to you by superstar creators Cullen Bunn (Deadpool Kills the Marvel Universe, Uncanny X-Men) and David Baldeon (Guardians of the Galaxy) MONSTERS UNLEASHED  is a brand new high-action sci-fi series centered on a team of monstrous and monstrously massive do-gooders including KID KAIJU, AEGIS, SLIZZIK, SCRAGG, HI-VO AND MEKARA.  Now teaming up with vampire-hunter ELSA BLOODSTONE, the series unfolds as the team takes on gargantuan creatures and protects the planet from ruin and disaster. However, can they be accepted by the rest of the Marvel Universe and allowed to help, or will they be deemed too dangerous?!

Continuing the excitement surrounding the massive monster mayhem in MONSTERS UNLEASHED, Marvel has worked with The Black Eyed Peas, to incorporate the track “Do It Like This” into its latest Marvel Music Spotlight Video.

With Marvel’s first Spotlight video series, “Black Panther: A Nation Under Our Feet”  and “Captain Marvel: Alien Nation,” Marvel coupled some of today’s top hip-hop and female-led musical acts with Ta-Nehisi Coates’ Black Panther, Margaret Stohl’s The Mighty Captain Marvel, and now, Marvel continues building excitement around some of its iconic heroes fighting shoulder to shoulder with a brand new team of colossal creatures. Be sure to join the adventure within the pages of Marvel Comics’ MONSTERS UNLEASHED available now in local comic shops and online now!