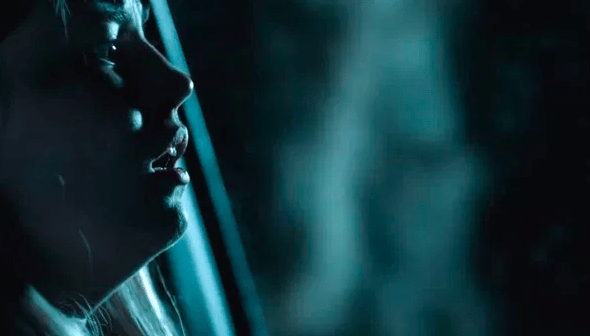 In the Adirondack Mountains New York in 2017, a woman mysteriously goes missing in the forest (along with many others). This is an area that is typically known for its rare sightings of Sasquatch. A young woman goes in search of her missing friend into the very same forest where the friend is said to have been last. While she goes ever deeper into the mountains and forest, she realizes that the area harbor a strange yet dark secret. Over the course of discovering what occurred in this forest, she discovers that not all life forms living in the forest are as they appear.

Sylvia (Anna Shields) is a smart 20-something woman who goes searching for answers after her female friend disappears. Her adorable friend Jamie (Grant Schumacher), the bigfoot conspiracy theorist, proves to be the catalyst in helping her to get and locate information about the disappearances that have been occurring. This is before he contracts a food ailment from a lunch burrito that renders him unable to assist for some time. She attempts to retrace her friend’s footsteps on the night of the disappearance.

Sylvia on her journey finds Alex (Rachel Finninger), who is searching for someone to help with the cost to travel to Whitehall and accompanies her on this trip. During their road trip they have discussions about life, sharing a motel room, and even about their respective sexualities. Alex proves to be an interesting, smart, and capable woman with a few hidden weapons. On their trip into the woods Sylvia finds herself being slightly more attracted to Alex than before.

The evil monstrous creature with many names — Bigfoot, Yeti, or Sasquatch — makes the first appearance within a few moments of the film’s opening scene. It is clear from the loud howling that it is not happy. The reason for the Yeti’s unhappiness becomes more clear as Sylvia starts to understand what happened in the woods before she ever set foot there. The cabin in the woods is Alex’s home, where she has a protective alarm that keeps wild animals away. While exploring the house, Sylvia starts to wonder if the disappearances were accidents or if there is something malevolent at work.

Bigfoot as being the touchstone of the narrative changes as the story progresses from uncovering what lives in the woods to finding out what secrets people hold. While the idea behind this film is refreshing and it does provide a few red herrings to keep the film interesting, it itself seems to be more of a lesbian murder mystery than a monster flick. The focus of monstrosity becomes less on outwards appearance and more about what hides in human skin.

The romantic attraction or lusty behavior between Sylvia and Alex happen at a swift pace, maybe a little faster than it should, but for anyone in the gay community this idea is not new or even seemingly out of the ordinary. The relationship that develops between these two characters takes a hard turn when Sylvia goes snooping into Alex’s bag and notices a knife. Doubt is quickly cast on this seemingly perfect few-hour road-trip relationship. Sylvia starts to investigate the homes where Alex takes refuge and finds evidence as to disappearances, Bigfoot, and the house in the woods.

Moments that truly work for this film are it’s jump and scare moments. In one scene there will be a tranquil panning of the camera of a house and in the next there is a horror scene. While not often, the movie does manage to get a few scares in before the full Bigfoot costume is revealed. The opening shots in the cloak of night of Bigfoot help to tease out the monster even, but other scenes in pitch daylight do not prove to have the same affects on the audience. When the Yeti makes its appearance, it does fall short of expectations. The scene in which violence is experienced and understood from the Yeti’s point of view feels almost forced and unbelievable. If there is a gripe with the film, it would have to be the ending, which is unbelievable. Jamie makes a final appearance after being absent from the scene for a while, and in his own way, manages to help Sylvia out in typical horror movie fashion. The film’s ending is just a little underwhelming when compared with the entirety of the film.

Monstrous is an attempt to reinvigorate the Yeti monster movie. While there are parts that fall short of what is usually considered a monster movie, it has its own charm.  At first watch the film appears to be about Sasquatch, but under further investigation it is clear that this film has another side, one that attempts to explore the monsters we have in our own community rather than those we make up. While there are holes in the narrative and even a few costume and makeup flaws, it is still an enjoyable film to watch. Perhaps this will allow for other films to take more risks.

Monstrous is now available via on demand and DVD from Uncork’d Entertainment.